Winnie the Pooh party: Owen is 1!

Today’s party feature is a Winnie the Pooh party that was sent to me by crafty mama Denise, who also just happens to be my best friend! So, not only did I get to make the stickers and printables for this party, but I actually got to attend it, too! ; ) Denise chose a Winnie the Pooh theme for her son, Owen, because he loves his stuffed Pooh Bear toy. 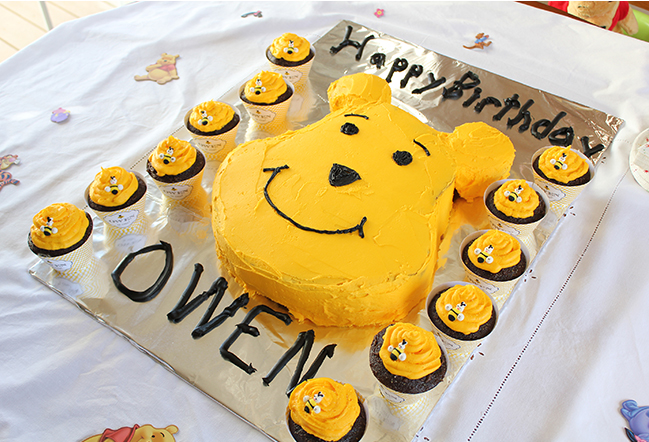 The Winnie the Pooh cake was made by carving curves into the sides of a sheet cake to make the head, then adding cupcakes for ears. 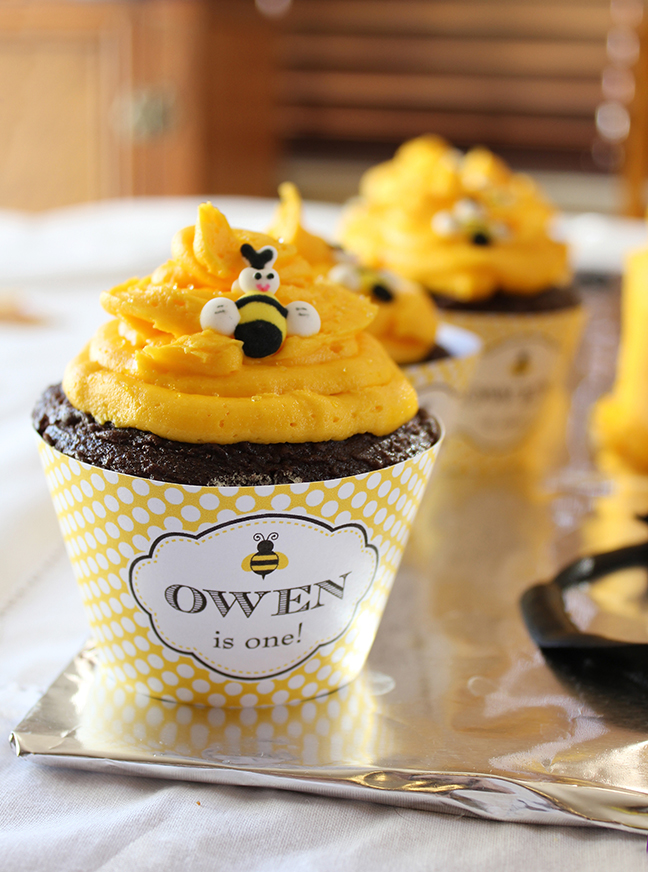 The tiny candy bees came from Hobby Lobby, and the cupcake wrappers are from Chickabug. 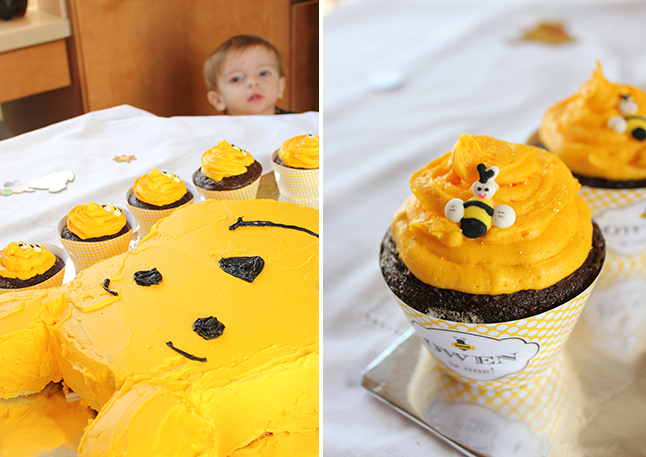 Owen’s friend Gideon can’t wait to get a piece of cake! 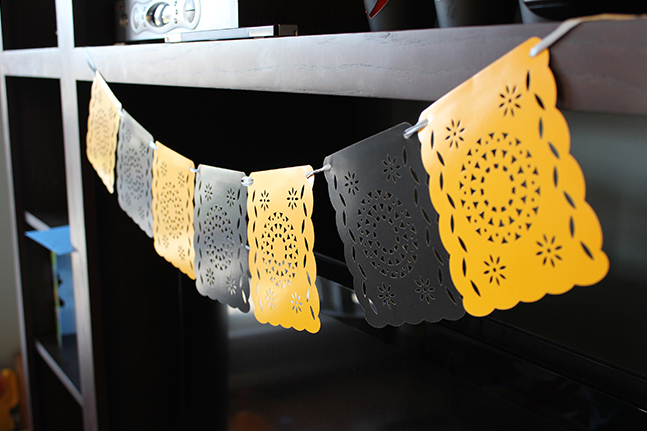 The yellow and black party banner came from Walmart. 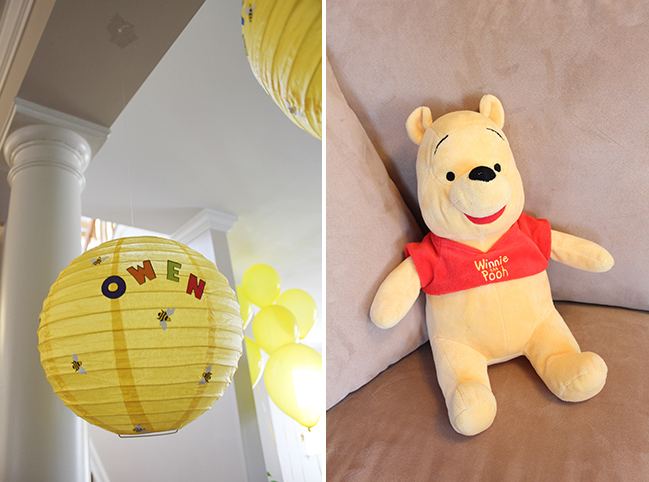 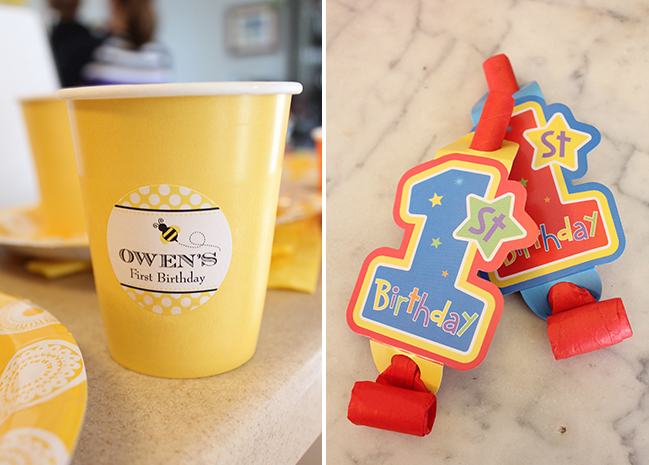 The stickers on the party cups are from Chickabug. 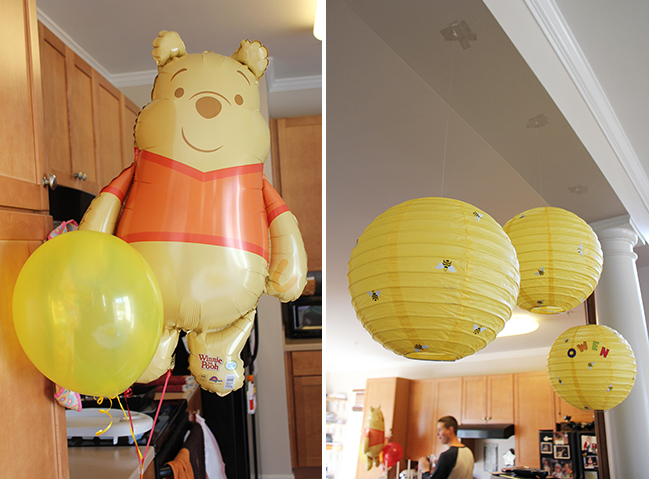 Denise added some bee stickers to make the yellow lanterns look like beehives. 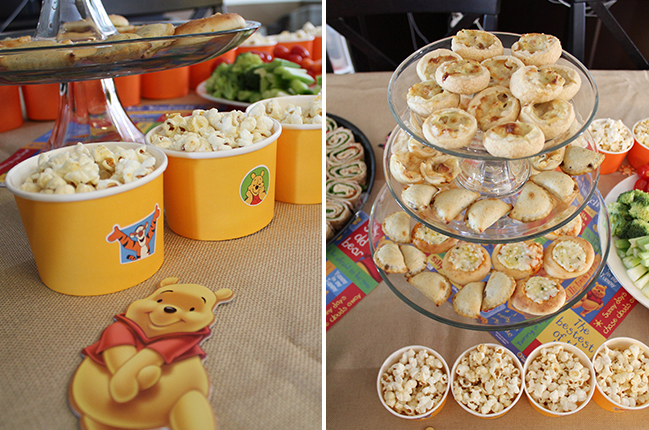 The Winnie the Pooh stickers and paper cut-outs came from JoAnn’s. The food included a variety of kid-friendly appetizers from Trader Joe’s. 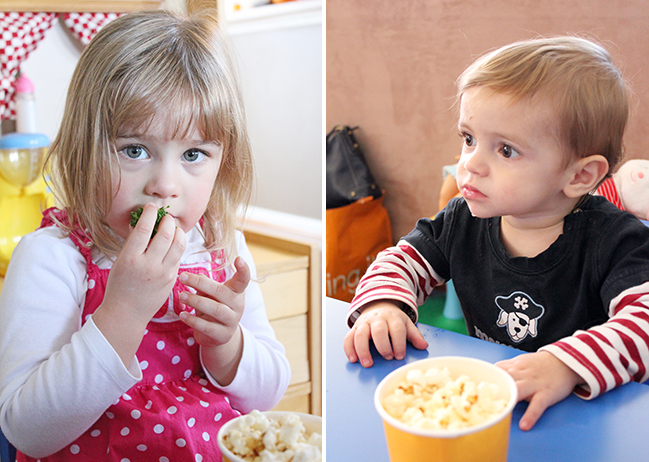 Calling the broccoli “dinosaur trees” suddenly made it a lot more appealing to the kids. : ) 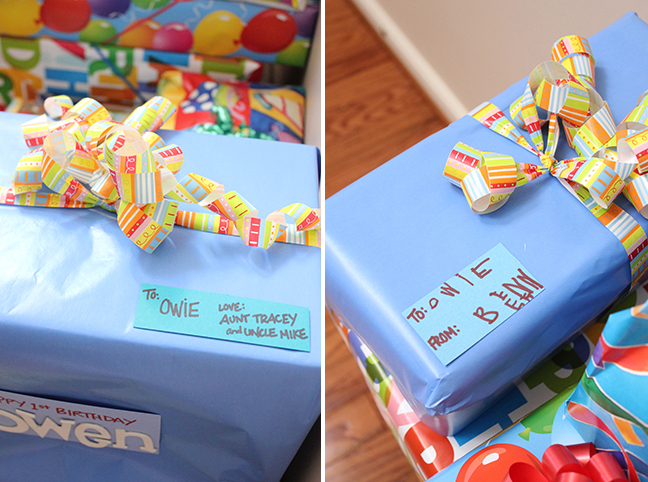 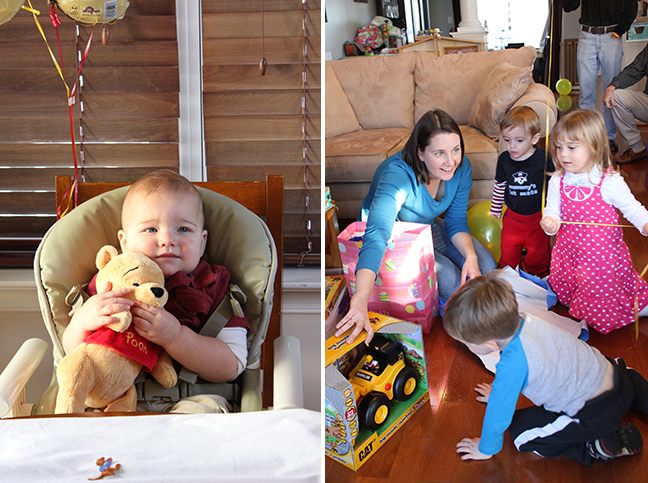 When it came time to open presents, all of the kids gladly helped out! 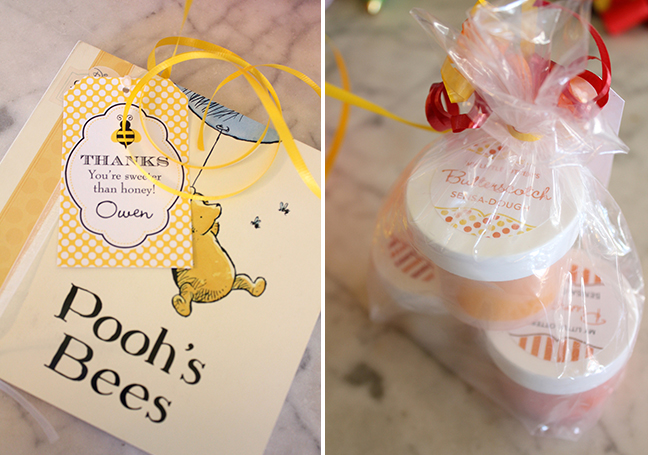 Party favors included copies of Pooh’s Bees and jars of butterscotch, pumpkin, and apple cider Sensa-Dough from My Little Otter. The kids played with their Sensa-Dough during the party and it really smelled good enough to eat! 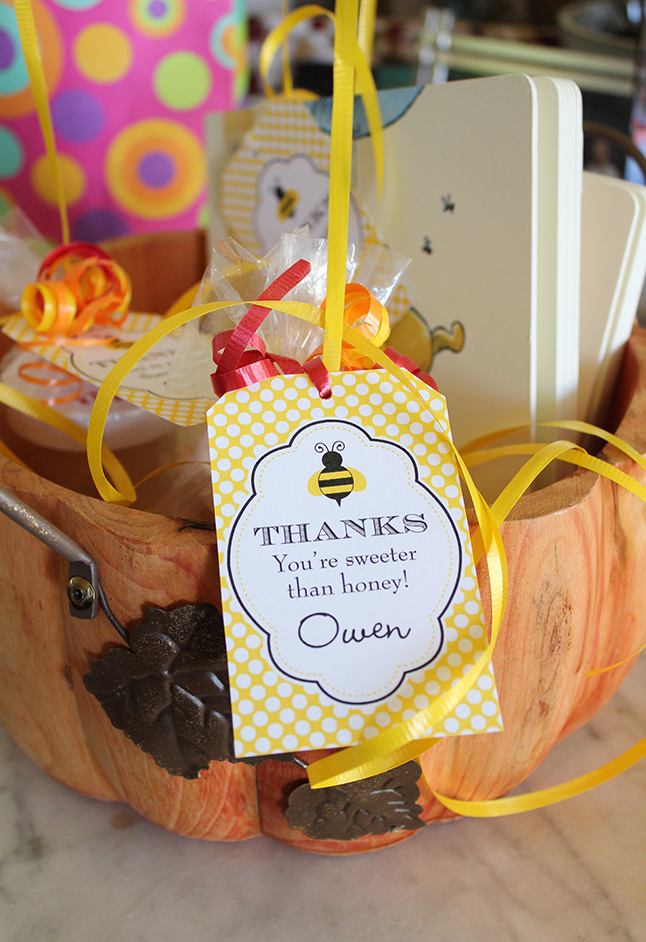 The printable favor tags are from Chickabug. There were yellow balloons attached to each party favor, and the kids loved getting to take balloons home with them! 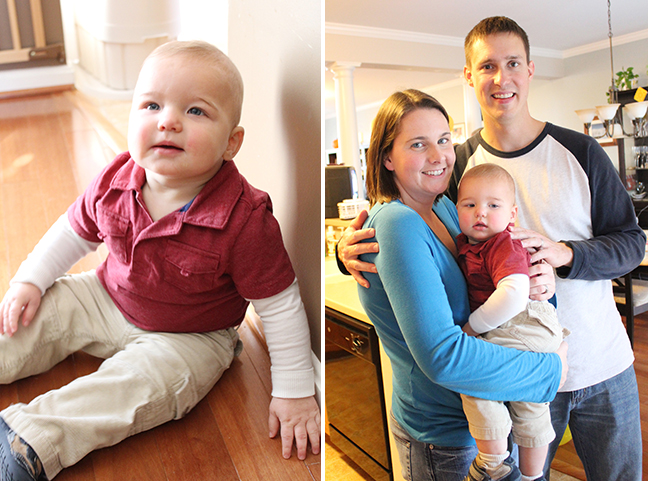 Thank you so much for sharing, Denise! Happy 1st birthday to Owen!