The Diamond Jubilee of Queen Elizabeth II was earlier this month, and people all over the world celebrated – including my party-plannin’ friend Brenda, an American living in Brazil! She threw a party that included “all British music, high tea at 6:00 pm, a bangers and mash dinner,” and of course, a party table all decked out in Union Jack style. 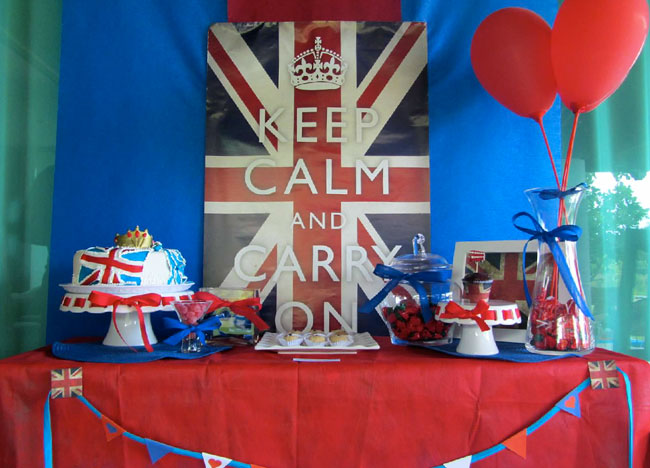 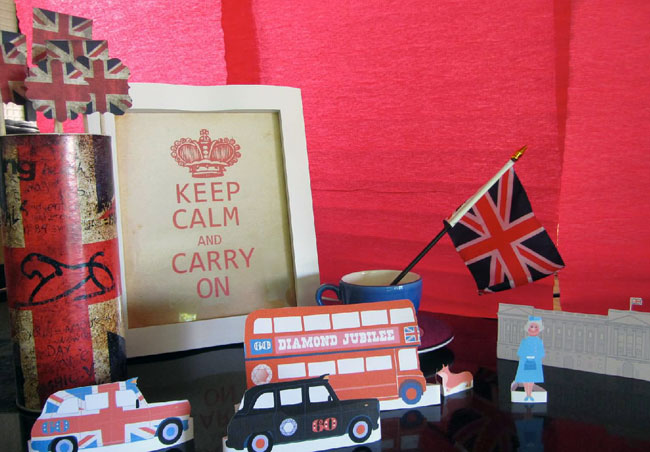 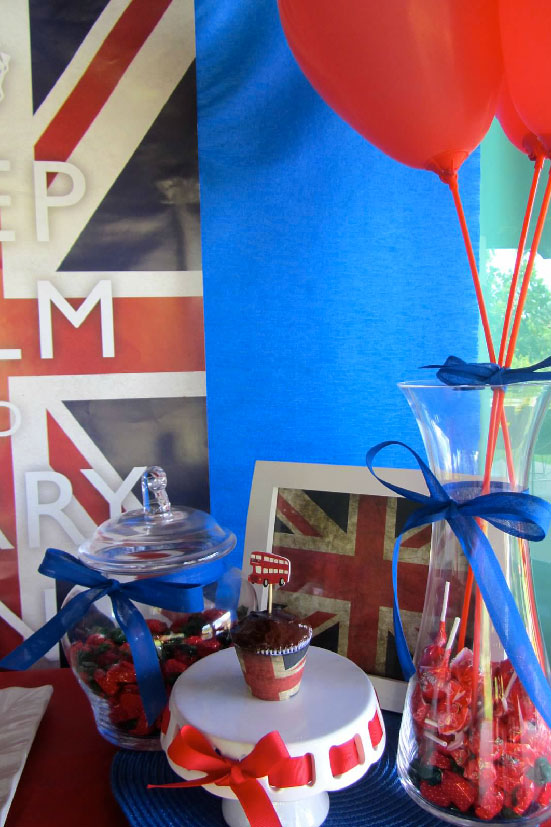 The vintage flags were an Etsy find, and the little bus cupcake topper is from Meri Meri. 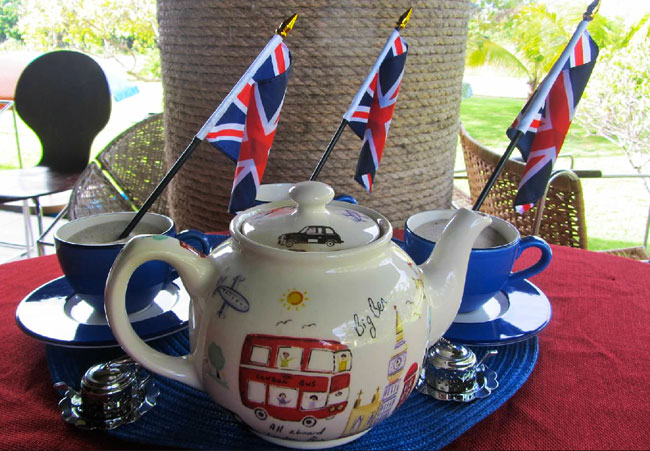 Besides a high tea service, the party also included Mary Poppins theatre time, a trivia board game, and a ball pit for the kids. 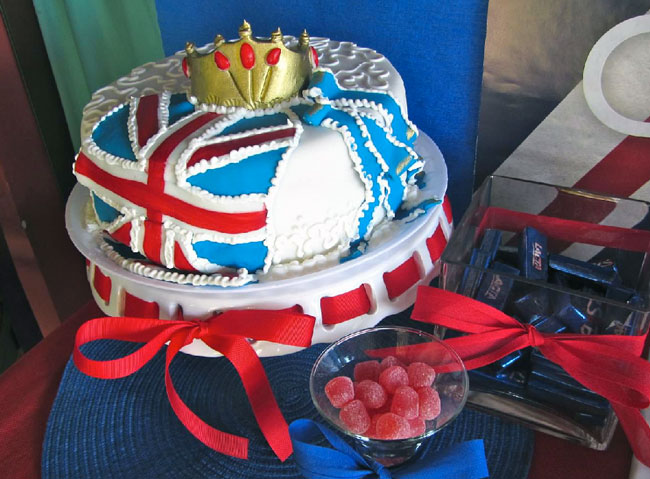 The fondant-topped Union Jack cake was made a talented friend.

Thanks so much for sharing your party with us, Brenda!