Today I’m featuring a pretty shabby chic party that was crafted entirely by hand! Mom Amy says, “I planned and prepared for Gabriella’s first birthday party for months. Originally, I planned to do a polka dot party, but I stumbled across the perfect line of fabric and fell in love. I used that fabric as the inspiration for color, and then looked to Pinterest for more specific ideas. The theme ended up as vintage, girly, burlap and lace: if you can call that a theme!” 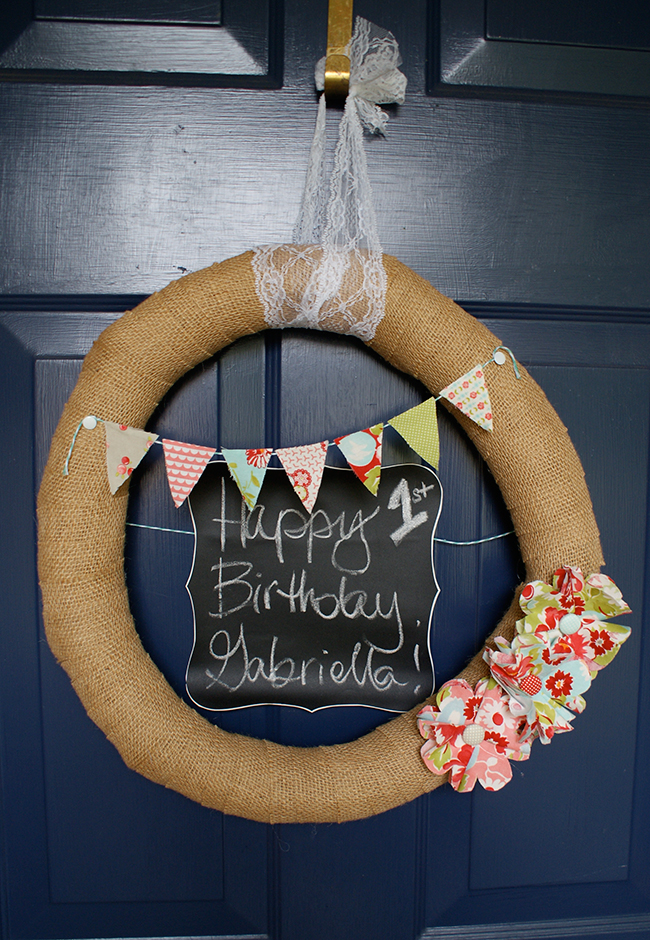 Amy got the inspiration for the wreath she hung on the front door from Twigs and Twirls. Instead of using a wreath form, she used foam tubing (and a tutorial from The Penny Parlor) to make her own. She also stuffed it with newspaper to make it more sturdy. 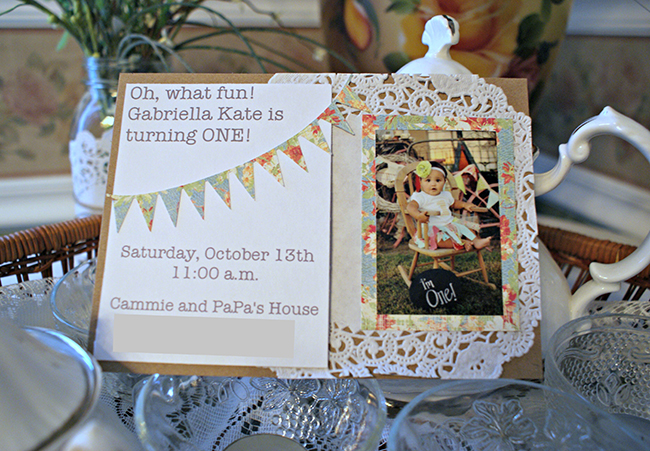 Gabriella’s invitation was made from kraft paper, a doily, and vintage-inspired scrapbooking paper. 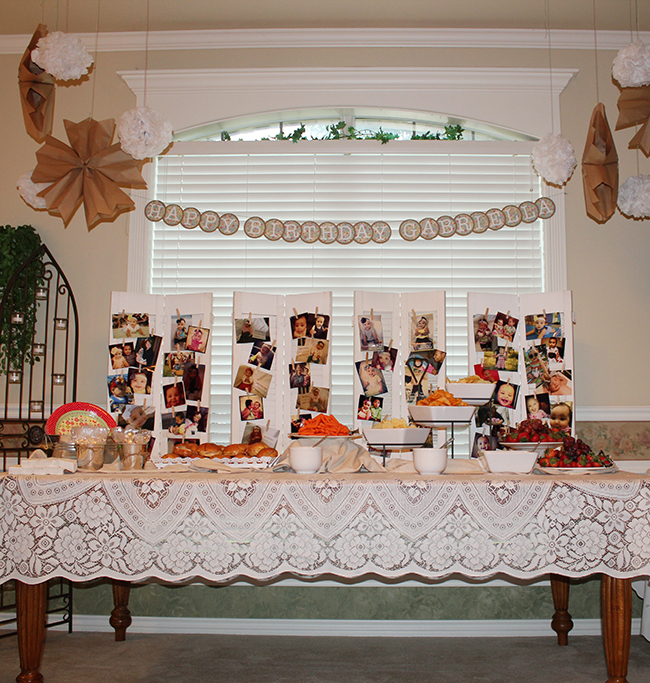 The brown paper bag stars were made using a tutorial from Hostess with the Mostess, and Amy says “the ever faithful tissue paper pom poms are from none other than Martha!” (To make smaller poms like these, cut the tissue paper in half before following the steps in the tutorial.) 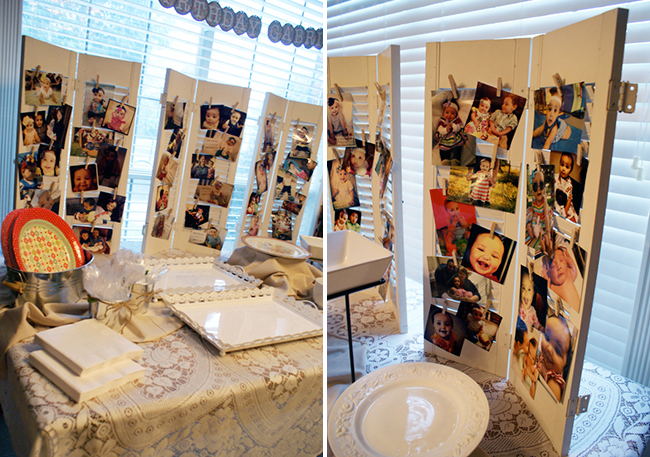 The shutters were a bargain find at the Habitat for Humanity ReStore. Amy says, “while I was laying in bed one night, I had the idea to use them as a display for some favorite pictures from Gabriella’s first year. I printed Instagram pictures using the PostalPix app, then got the mini clothespins at Target’s dollar spot and Hobby Lobby. I love the way it turned out!” 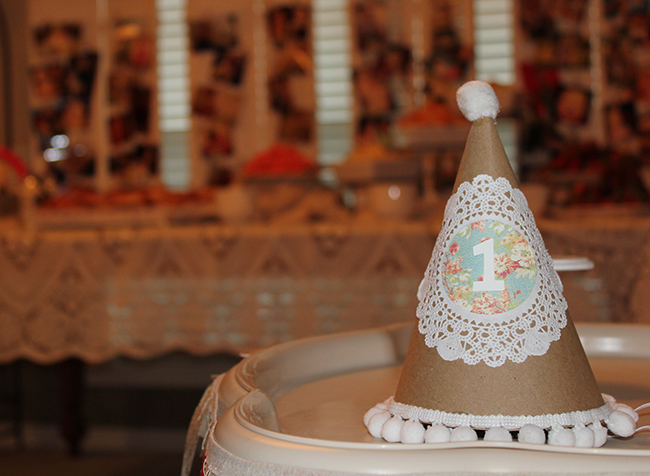 Gabriella’s darling hat was made using a tutorial from Jones Design Company. Notice that it’s a perfect match to her invitation! 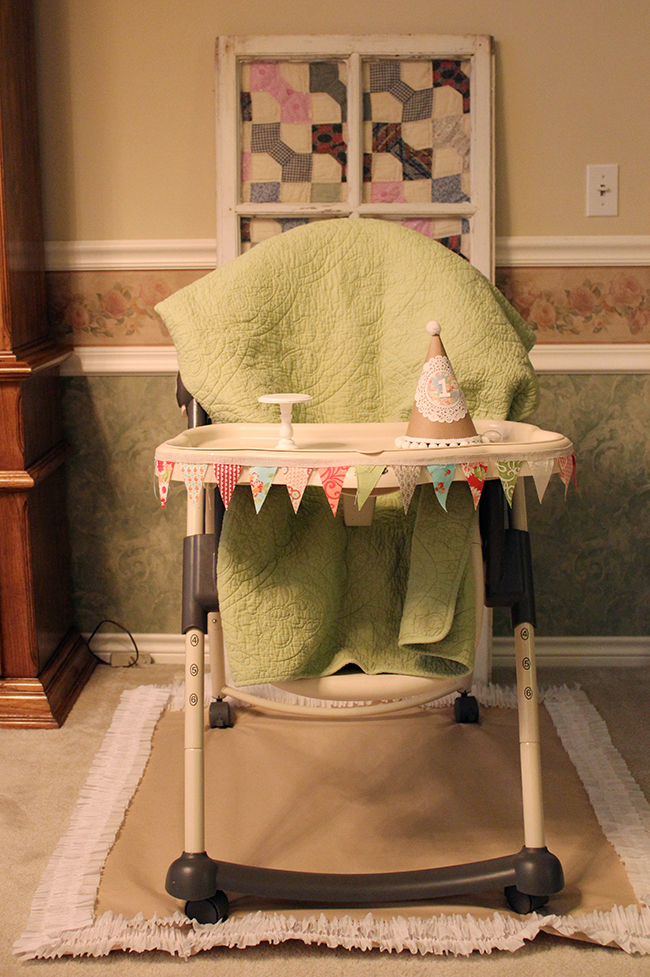 The idea for the high chair mat came from a Sweet Shoppe party here on the Chickabug blog! Amy used a tutorial from Living Well Spending Less to ruffle the crepe paper.

The party food included mini sandwiches, fruit with toffee dip, strawberry lemon water, and punch. For dessert Amy served cupcakes and ice cream (the ice cream is in the muffin tins – check out the how-to at Real Simple). 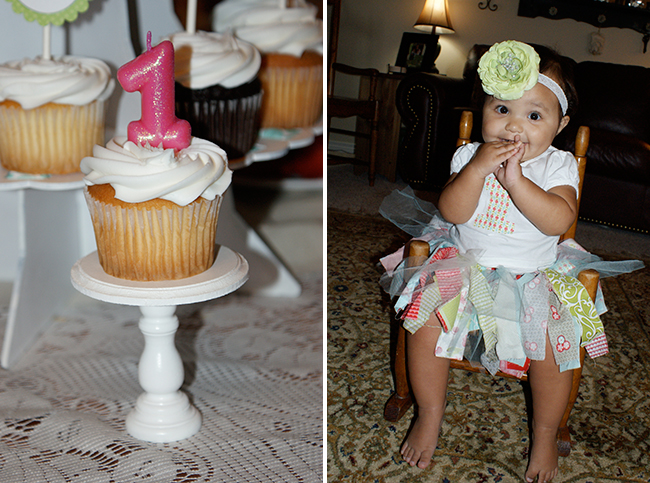 Gabriella’s homemade fabric tutu is just perfect for the theme! 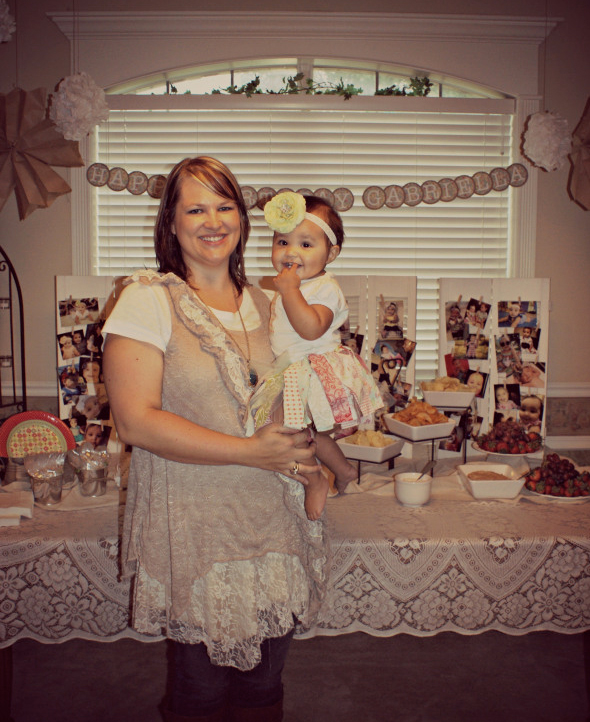 Such a sweet party!! Thank you so much for sharing, Amy! : )