For her son Brody’s first birthday, crafty mama Jordana created a Sesame Street party that was all based around the characters! She bought stuffed Sesame Street toys and used them to create activity areas throughout the party. Jordana says, “I loved the idea of the characters having different stations, like Elmo’s Goldfish and Crayons, Ernie’s Rubber Duckies, Count the Candy with Count, Oscar’s Trash, and C is for Cookie. And the other dolls were spread out on the food table where we served pizza and salads. I also made sure to have balloons spread all over the room in Sesame Street colors. Ultimately, I was so pleased with the outcome of the party because I was able to accommodate both adults and kids without going over the top, but still making it chic and fun at the same time!” 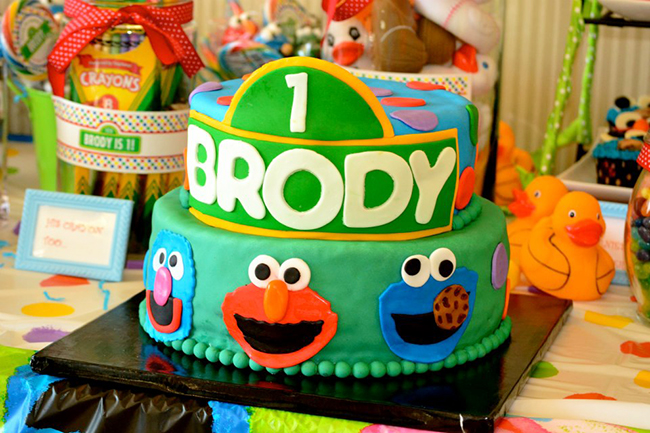 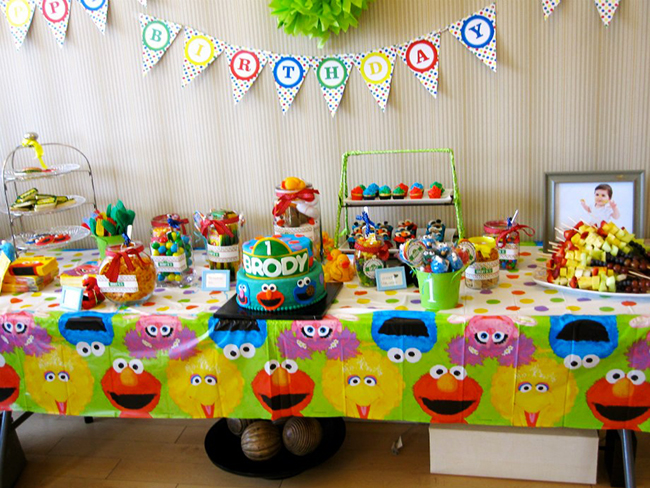 “The water labels and banner worked so well with the theme,” Jordana said. “The extra details made such a difference tying everything together and bringing such a chic element to the party!” 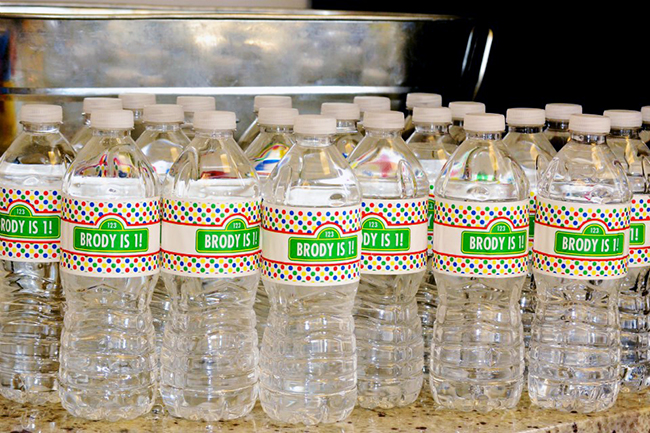 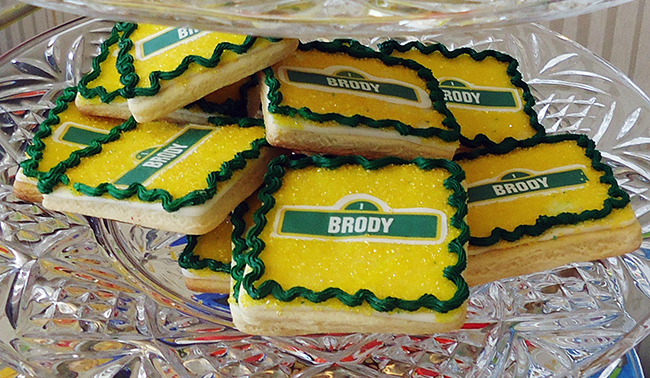 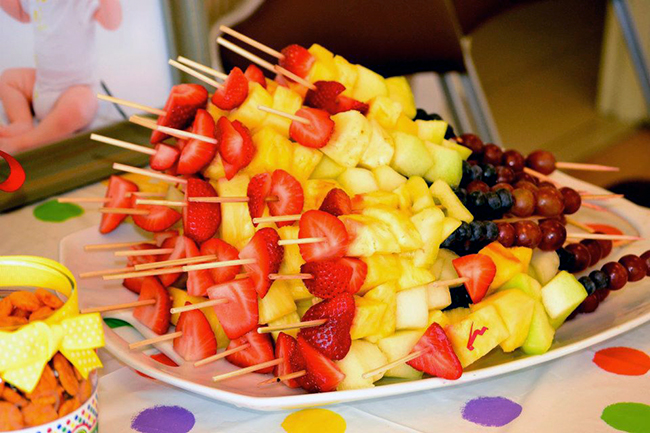 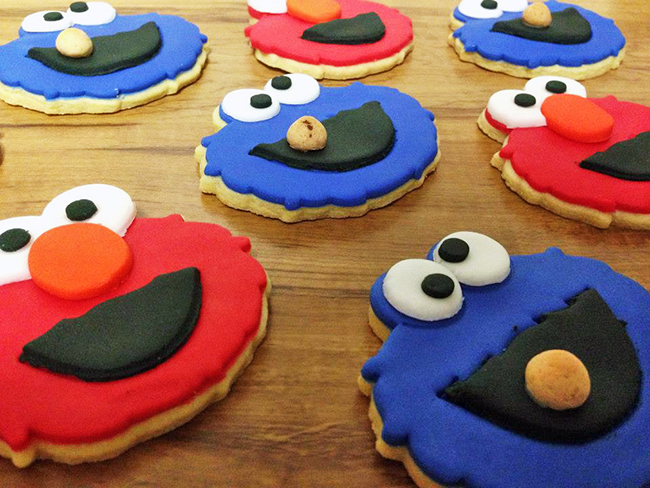 The Elmo and Cookie Monster cookies and the adorable sprinkle-covered cake pops were made by Jen from Sweet Kev. 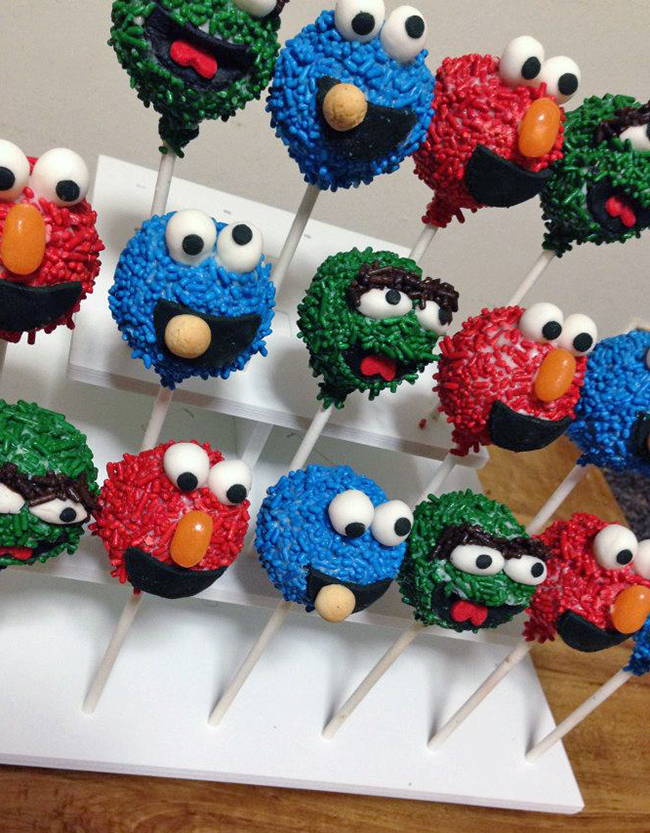 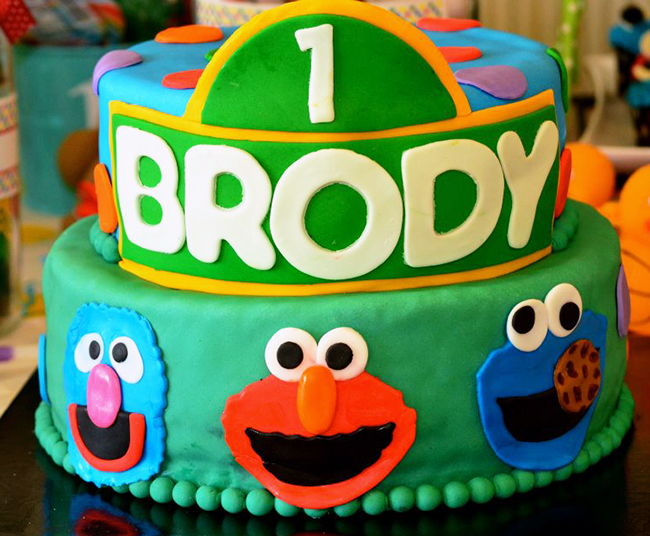 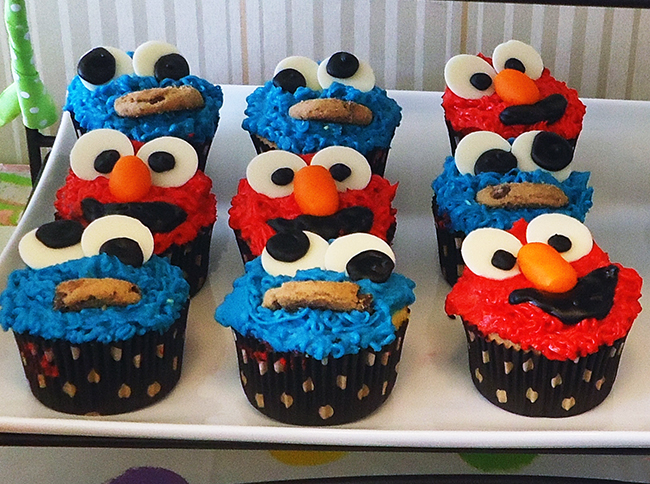 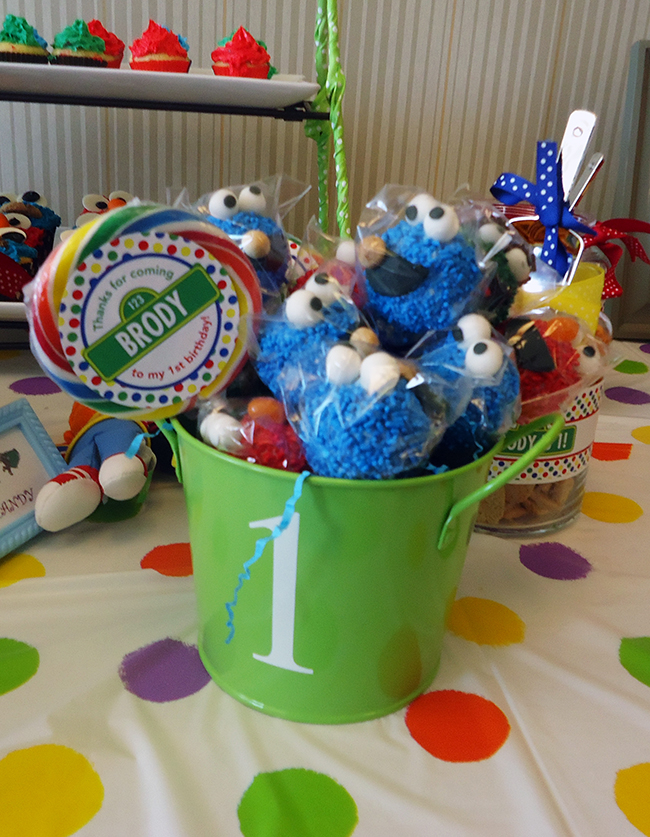 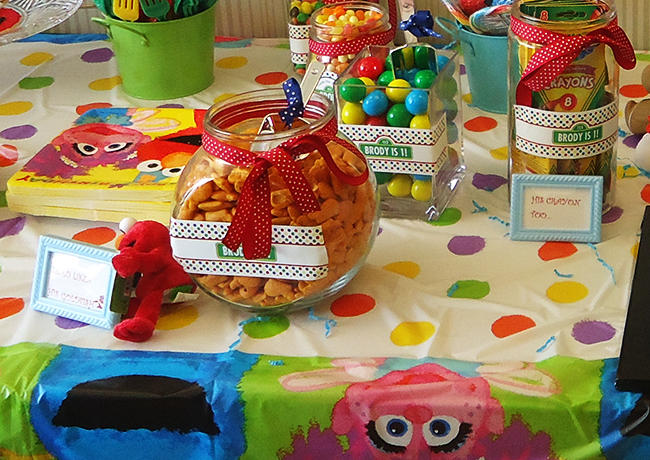 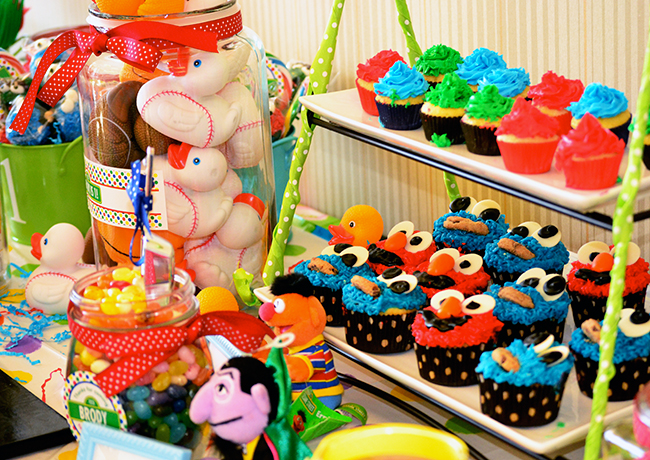 “Ernie’s rubber ducks” were displayed in an oversized glass jar. Jordana says, “we got sports rubber duckies to make my husband happy. :)” 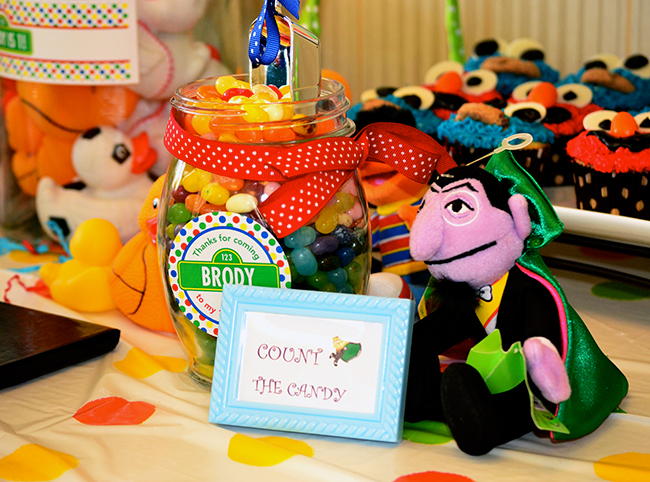 The “Count the Candy with the Count” station is just adorable! 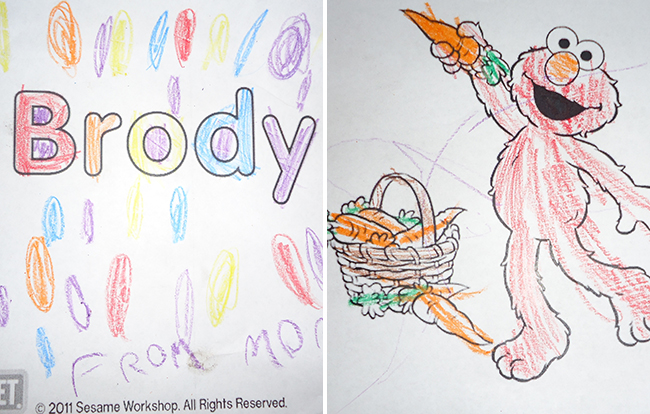 Jordana says, “I set up a coloring station with Sesame Street coloring pages as an activity for the kids, and they loved it. We also had a small magic show, which helped entertain the toddlers!” 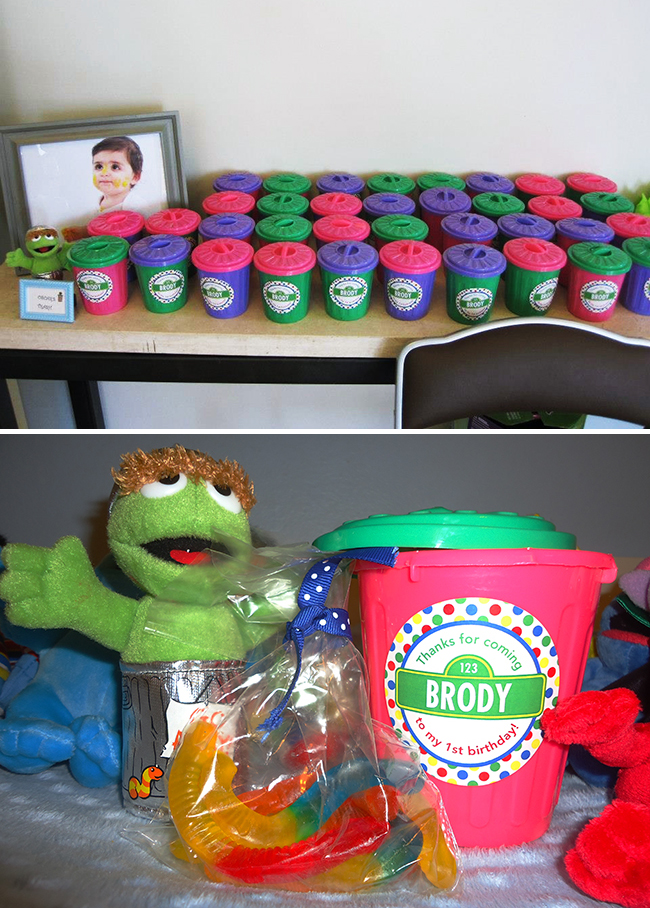 For party favors, kids got mini trash cans decorated with personalized stickers. Jordana says, “Inside the garbage cans were gummy worms (for Oscar’s worm). Kids collected candy and toys in their cans to make it a fun activity for them. I mixed and matched the tops of the cans to give it a more funky look.” 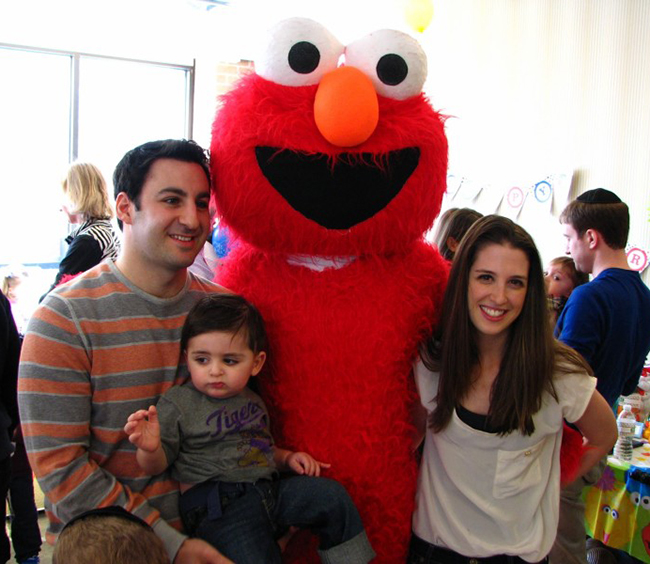 A friend of the family dressed up as Elmo, and Jordana says “it was a real treat for Brody!” 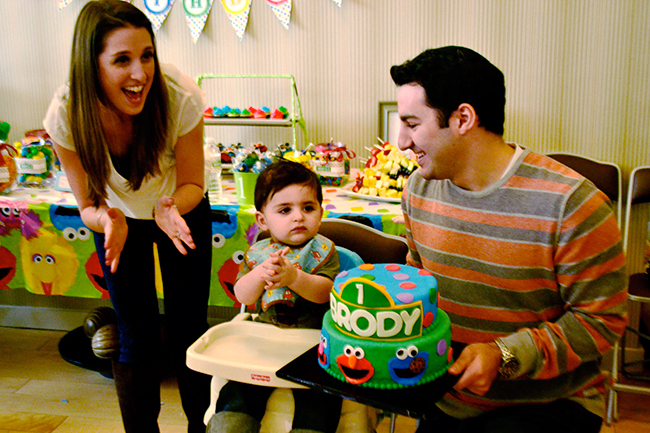 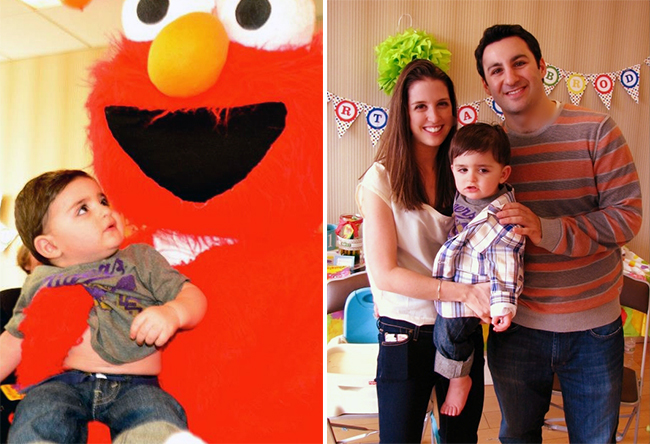 Thank you so much for sharing, Jordana! Happy 1st birthday to Brody! : )

Label it up and make sure those school supplies wi

This year WILL be fin-tastic! 🧡 Goody bags for

Look how good our labels look on squeeze pouches f