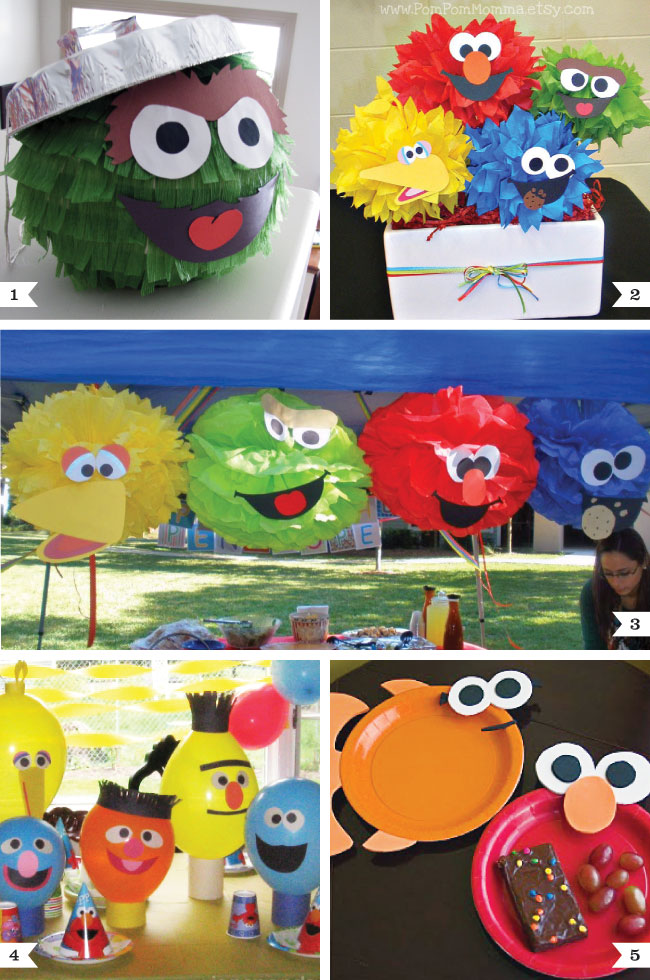 One of the great things about a Sesame Street theme party is that the characters’ faces are so simple – it’s easy to make them into really adorable party decorations. Start with any round shape (such as a party pom, a balloon, or a plate), cut out googly eyes and mouths, and you’ve got an Elmo, Big Bird, or Cookie Monster in no time!

5. Elmo and his goldfish – paper plates via Life in Wonderland

Have you seen all the new back-to-school "this be

This strawberry 🍓 cake has fresh strawberries i

Get ready for back to school with the cutest "belo