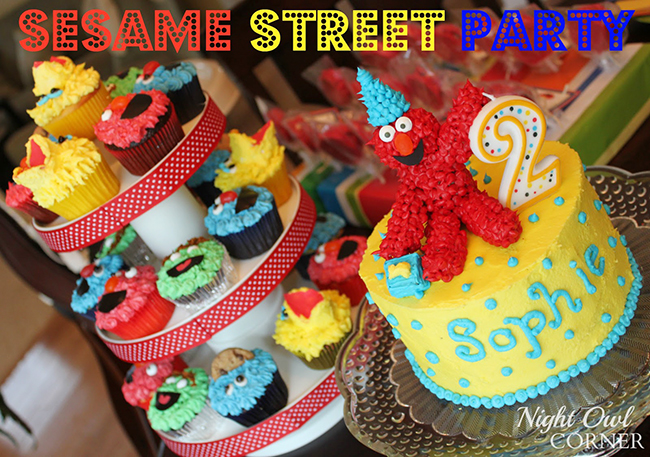 The adorable Sesame Street cake and cupcakes were homemade.

All 6 character pom poms are handmade – Cookie Monster, Big Bird, Oscar the Grouch, Zoe, Elmo, and Grover. Linda used this tutorial to make the poms and drew the facial features herself using a Sesame Street coloring book for inspiration. She cut them out with construction paper and then attached them to the poms with pipe cleaners. She glued the faces on one end of the pipe cleaner and then wrapped the other end around the center of the pom. 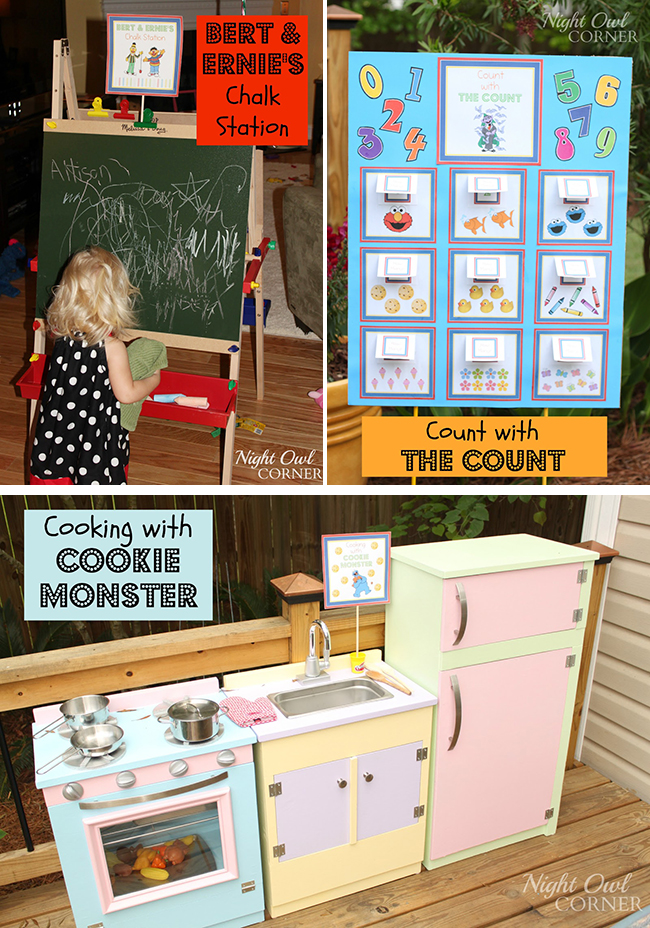 There were several activity stations, each inspired by a different Sesame Street character, so the kids had plenty to keep them busy! Sophie’s easel became the “Bert and Ernie Chalk Station.” Kids practiced their counting skills at the “Count with The Count” station where they counted goldfish, cookies, ice cream cones, and other fun things and then lifted a flap to discover the correct answer. Sophie’s play kitchen became “Cooking with Cookie Monster.” You can learn more about how the play kitchen was made here. 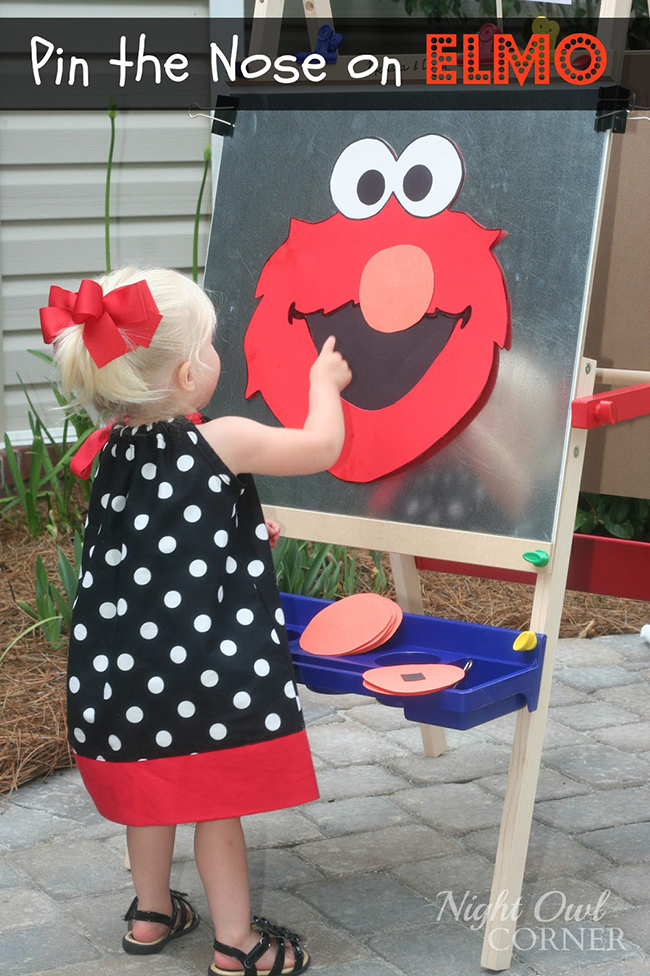 This “Pin the Nose On Elmo” game was handmade by clipping a large sheet of aluminum to an easel and then glueing magnets to the back of the red circle noses. 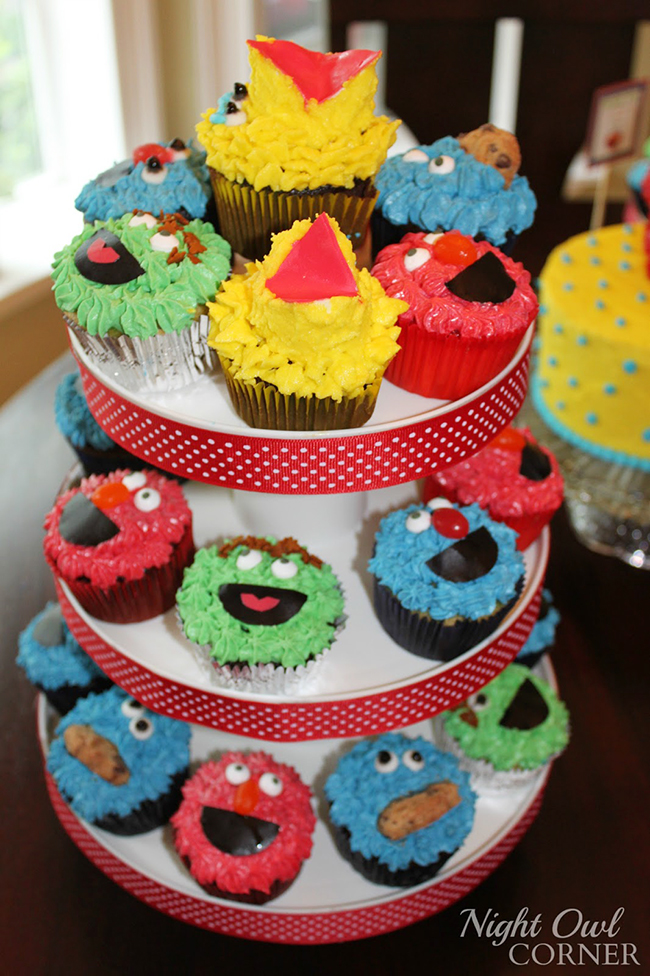 Linda says, “We got inspiration from Annie’s Eats for the cupcakes, which included Elmo, Big Bird, Oscar, Cookie Monster and Grover. Big Bird’s beak is made from a cut marshmallow lined with a red sugar sheet and covered in yellow icing.”

“Candy eye balls, jelly beans and black sugar sheets were used to create the facial features. We used colored cupcake liners that coordinated with the color of the character, with the exception of Oscar who got a silver liner to represent his trash can.” 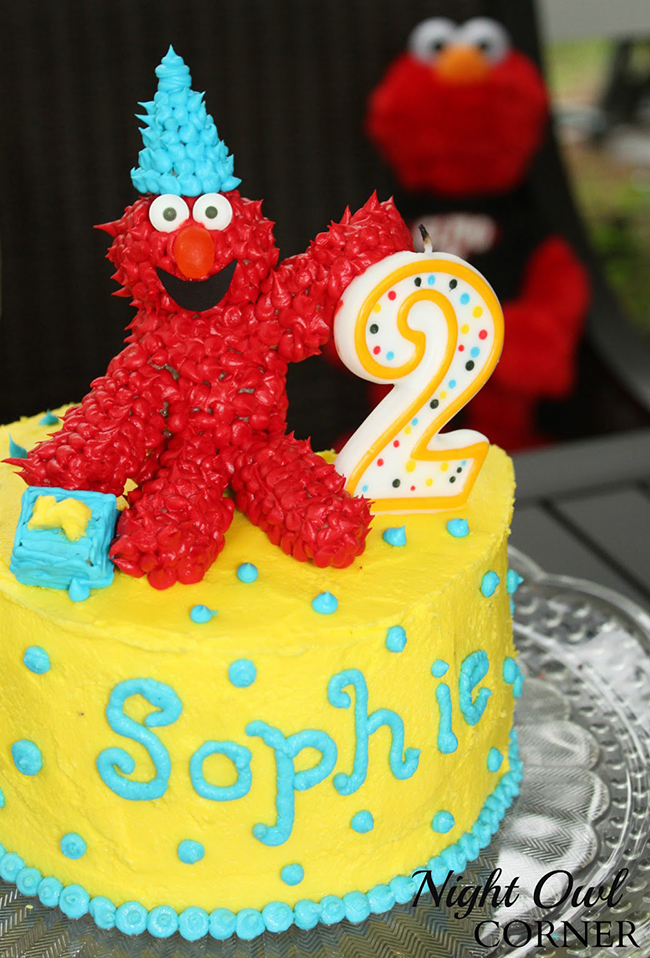 Sophie has an egg allergy so Linda whipped up this great egg-free cake with a Rice Krispie treat Elmo on top! You can get the egg-free cake recipe here. 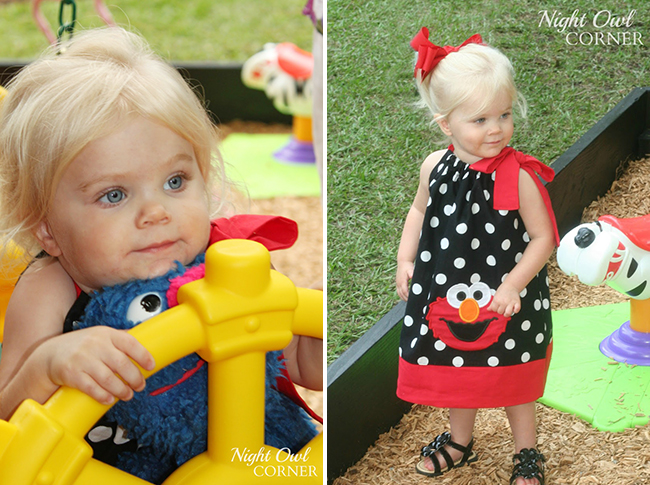 Thank you so much for sharing, Linda! Happy birthday Sophie! : )