For her daughter Dana’s first birthday party, super-crafty mama Jiye set out to throw a really large and really colorful rainbow bash! Jiye says, “A few months before the party, I started seeing pictures of rainbow themed parties and I was sold. I love the impact the vibrant colors have and how cheerful and happy it looks! More than 50 kids were set to attend Dana’s party, so I rented out a gigantic indoor playground. As friends were leaving at the end of the party, I noticed that child after child was walking out with a huge smile and a sweaty mop of hair and I knew the party had been a success. When kids are having fun, parents get to relax and chit chat. Winning!”

The sweets and favor table was set up beautifully with a variety of Chickabug printables, including a banner, printable circles, and an 8×10 sign. The white tablecloth allows all of the colors to really stand out! 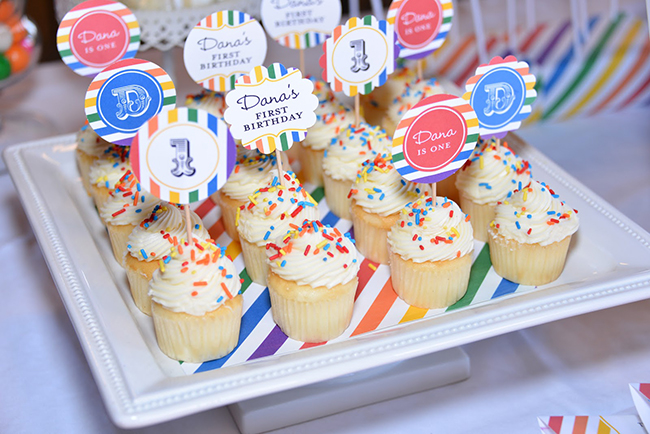 Jiye used both scalloped and round paper punches to create Dana’s cupcake toppers. Instead of cupcake wrappers, she placed a sheet of printable patterned paper underneath the cupcakes. (An elegant and time-saving idea!) 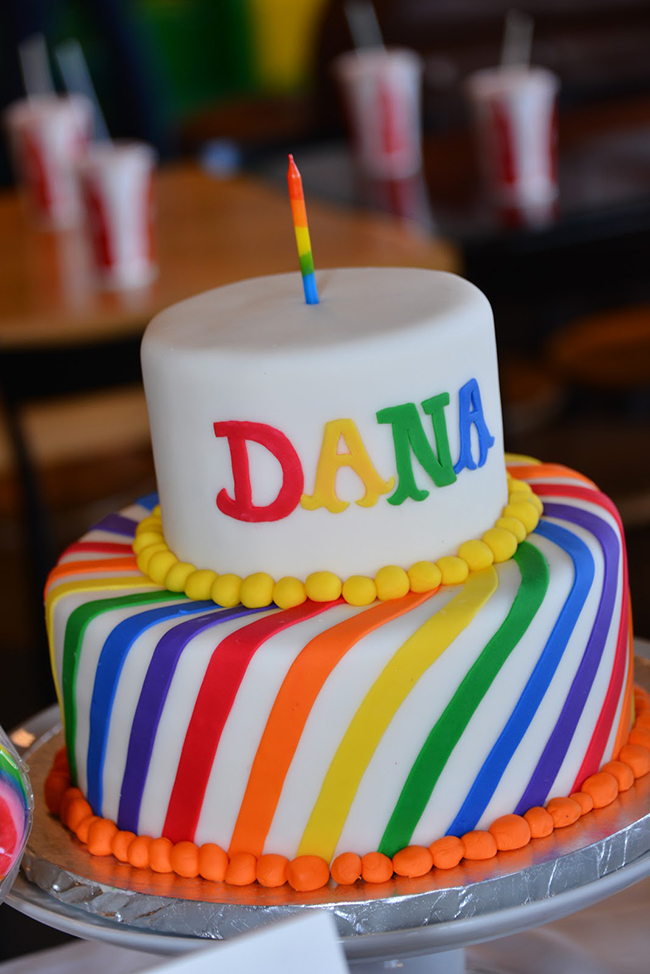 I completely adore Dana’s rainbow birthday cake! It’s a perfect match to her invitation, and all of the printable designs! 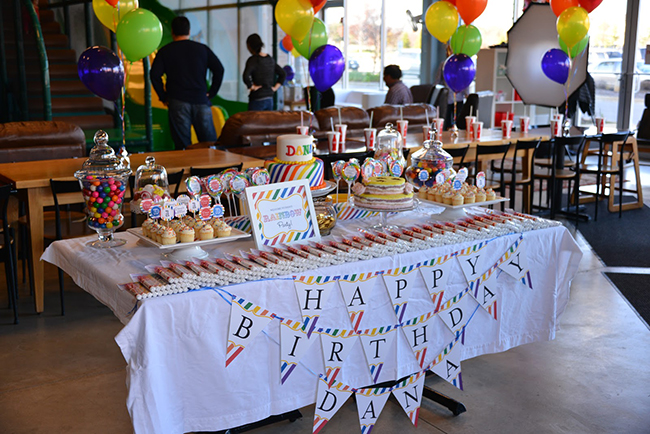 Notice that the balloon displays behind the party table are in rainbow colors… and in the correct order! (Red, orange, yellow, green, purple!) 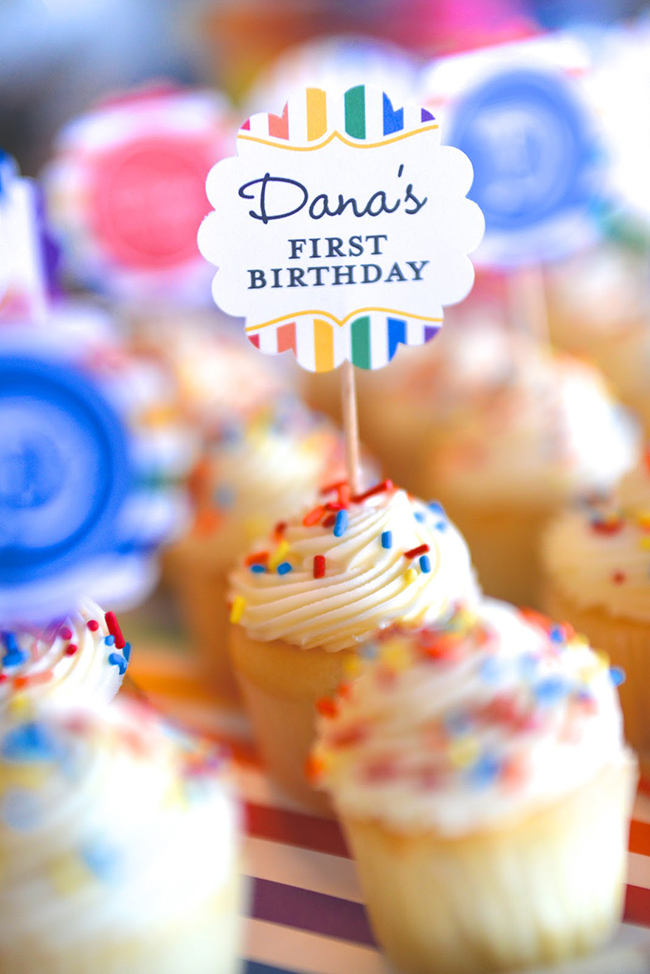 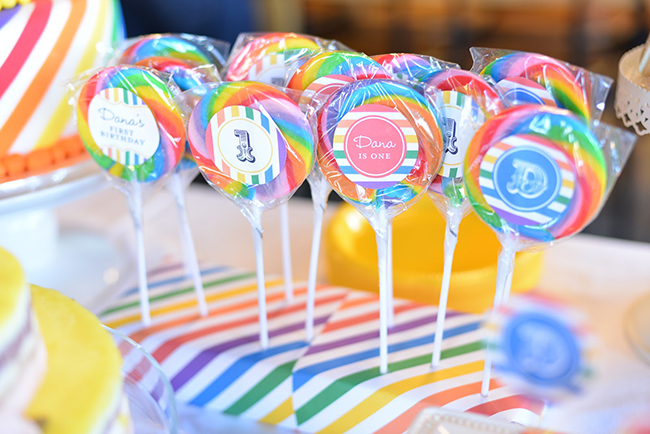 Dana’s printable circles also served as the stickers on large-sized rainbow pops. The display is made from printable patterned paper covering blocks of styrofoam from JoAnn’s. 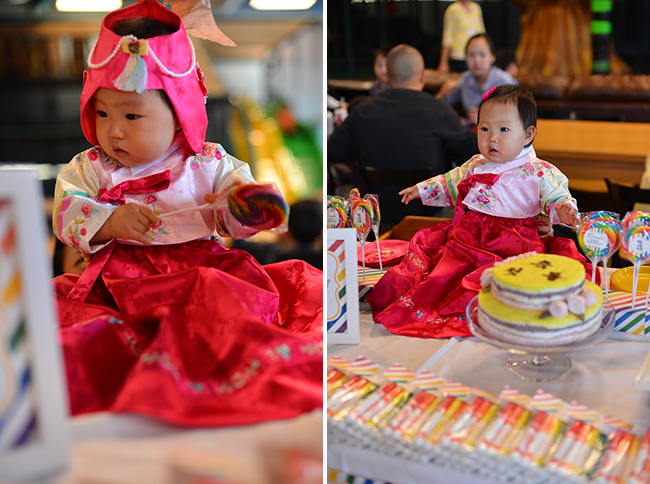 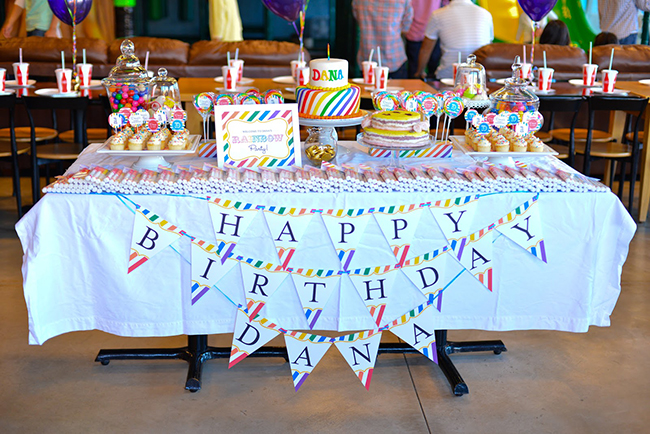 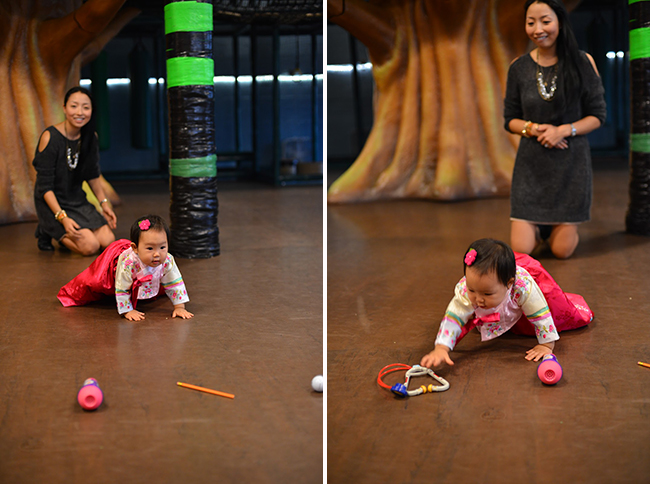 Jiye says, “We played Dohl Ja Bee, a traditional Korean game played at first birthdays. You set up different things in front of the baby until they grab one and it’s supposed to predict what their future will hold. For example, pencil means they will be a scholar, golf ball means an athlete, microphone means an entertainer and so on. My daughter ended up choosing the stethoscope. My grandfather was a doctor so maybe she will follow in his footsteps.” 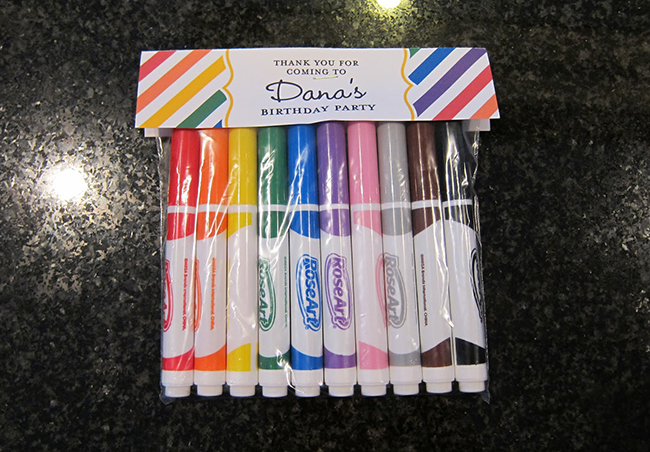 For the kids’ party favors, Jiye made fifty sets of markers, but at a surprisingly low cost. She says, “I got these markers for 28 cents during the back to school sale. I put them in a ziploc bag and covered them with a treat bag label. The entire favor cost less than 50 cents, which is nice when you have to make 50 of them!” 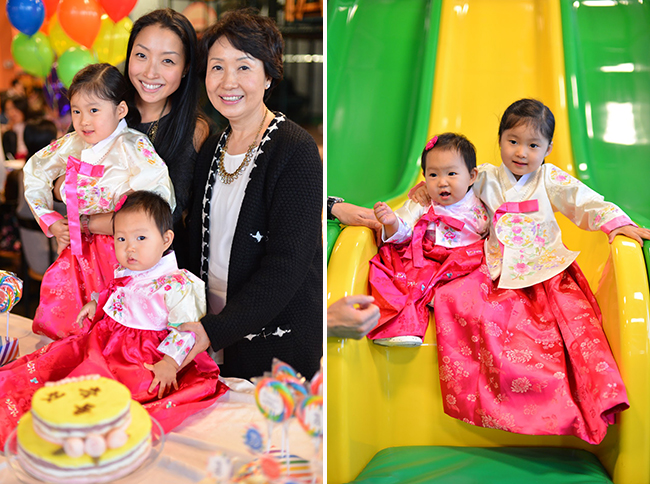 Dana’s grandmother flew 17 hours to be at her party! 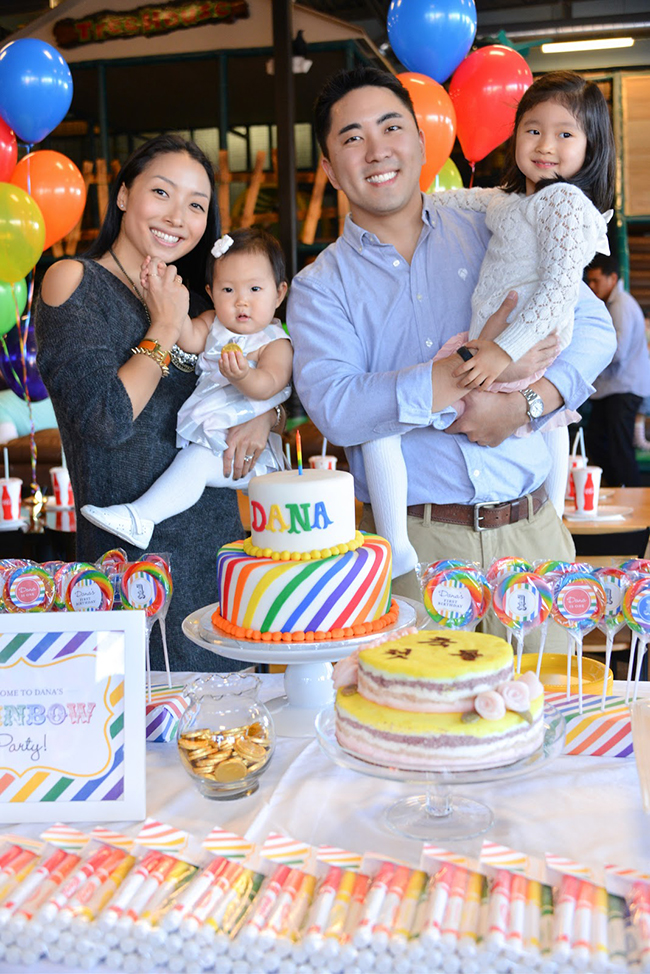 Thank you SO much for sharing your beautiful party, Jiye! Happy first birthday to Dana! : )