When a family adopts a dog and there’s a kids’ birthday party to plan shortly after, you can guess what happens next… a puppy theme birthday party! This party was planned by Holly of While I’m Waiting for her 5-year-old dog-loving daughter, Hope. Hope’s one wish was for their new dog, Maggie, to attend her birthday party, which was held at a pottery studio. Maggie did get to come to the party and Hope and her friends had a great time. The best part: instead of birthday gifts, Hope collected donations for the local animal shelter! 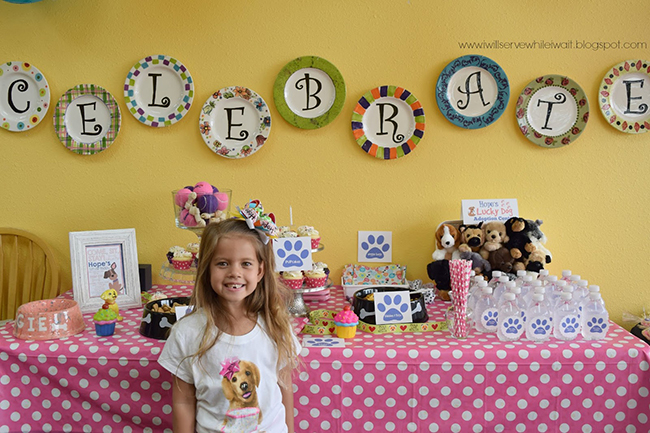 The party was held at U Paint It, a local paint-your-own pottery studio. The staff at the studio made Hope a special birthday sign. 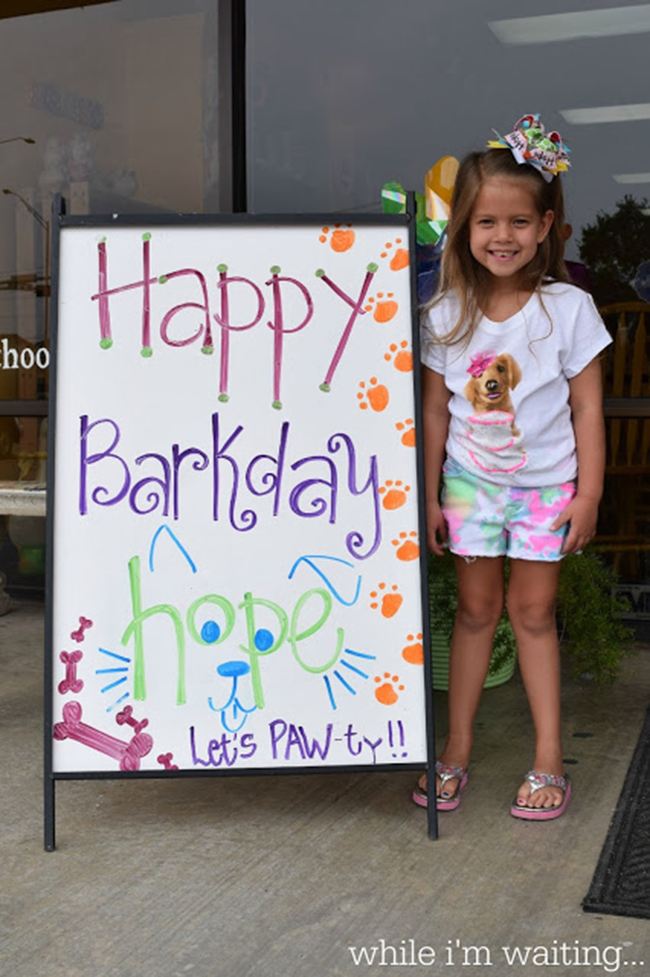 Hope and her family adopted a dog, Maggie, earlier this summer. Maggie was allowed to come to the puppy party! 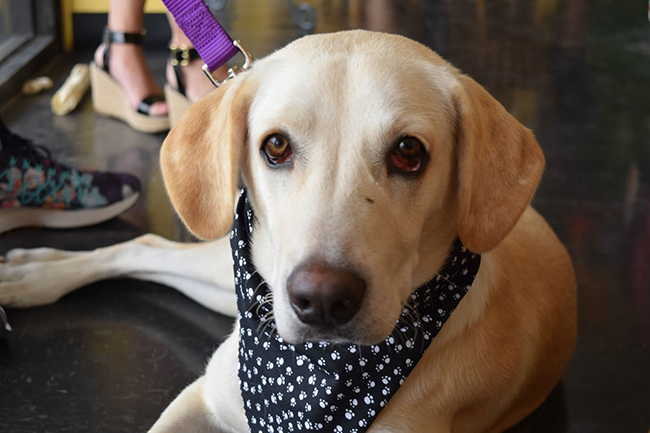 A lot of the decorations from the party came from Dollar Tree. Holly made the paw print tags herself using clip art. 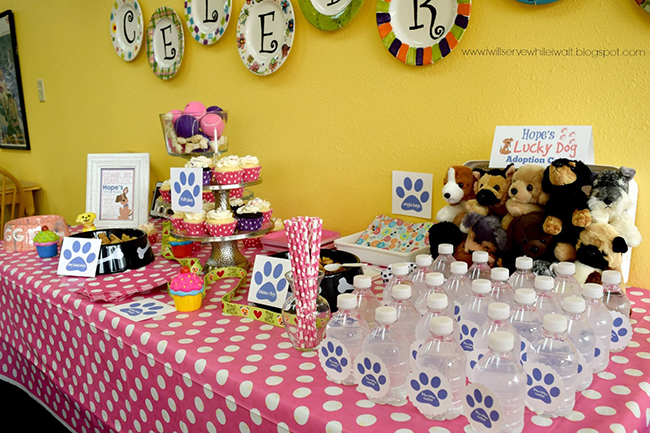 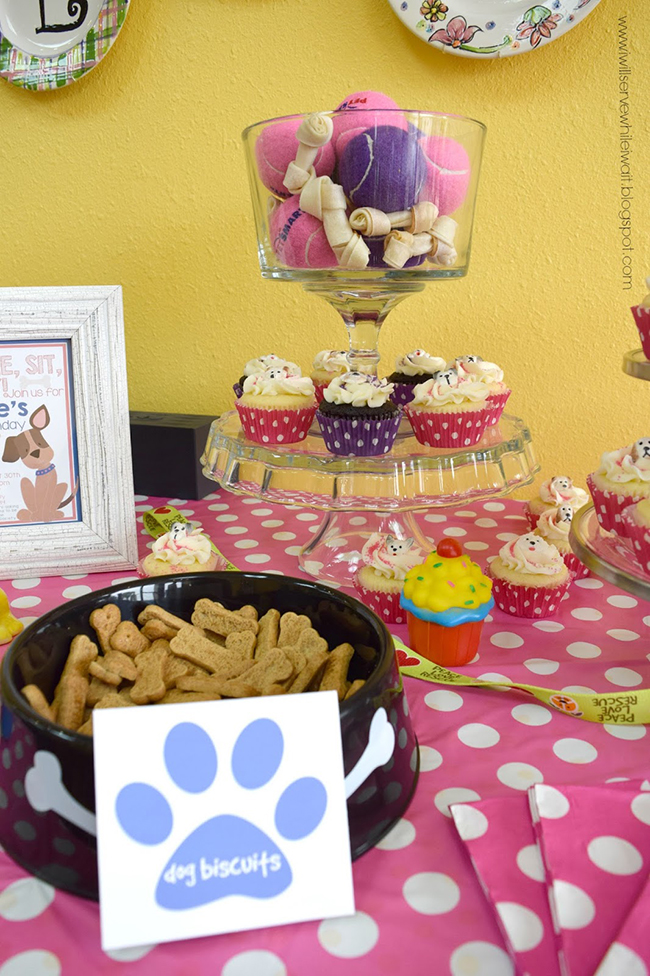 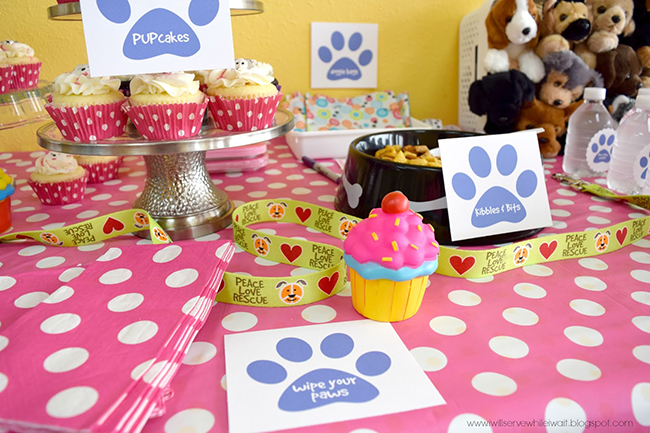 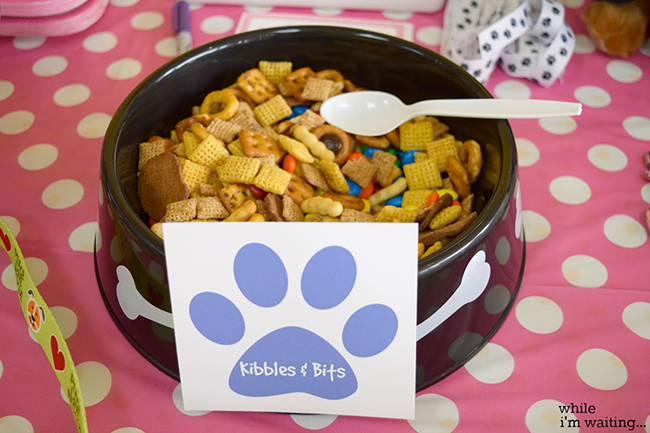 The “Kibbles and Bits” are Chex Mix with M&M’s added. It was a huge hit with the kids! 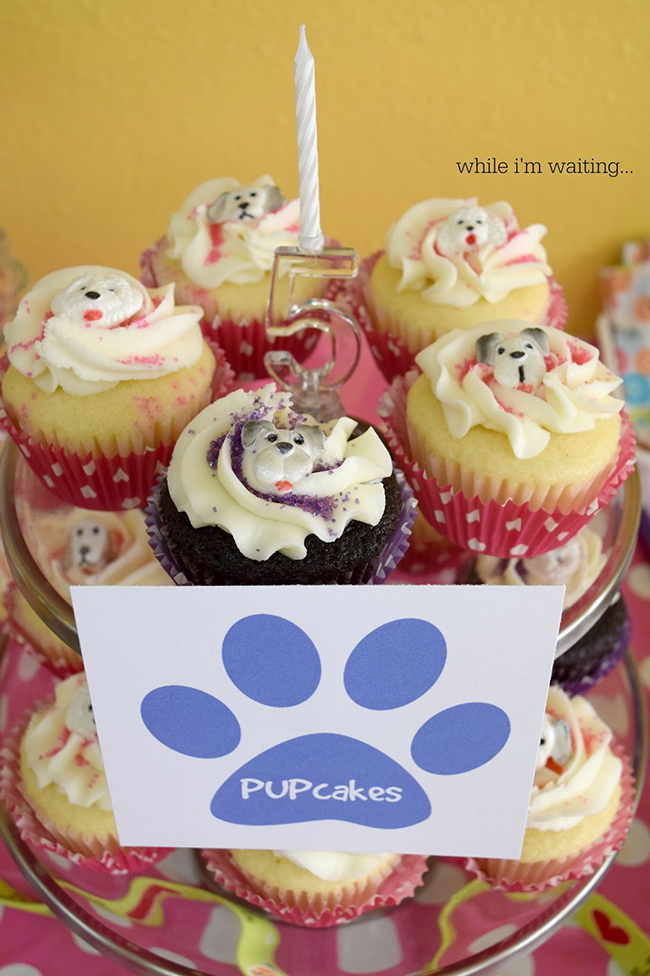 Tennis balls and rawhides from PetSmart made for easy decorations (and could be donated to the shelter later). 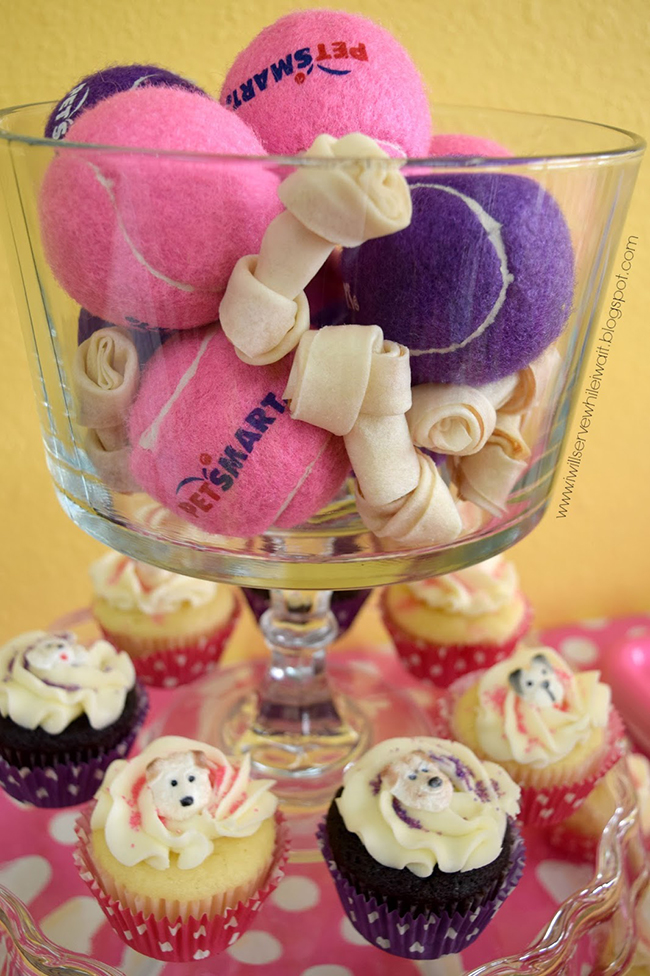 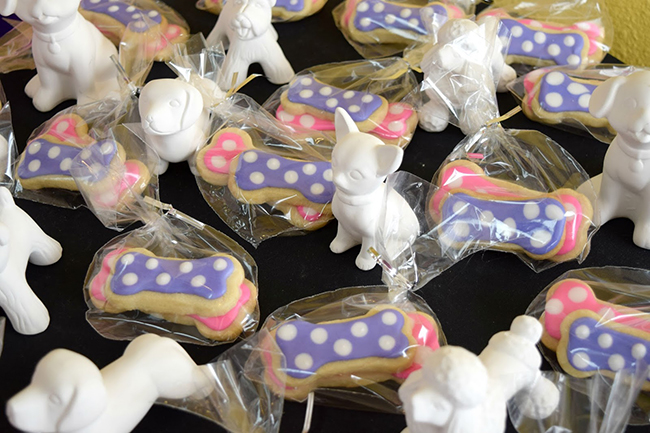 Since the party was at a pottery studio, of course there had to be a painting project! The girls each picked out a dog to paint – there were lots of breeds to choose from. 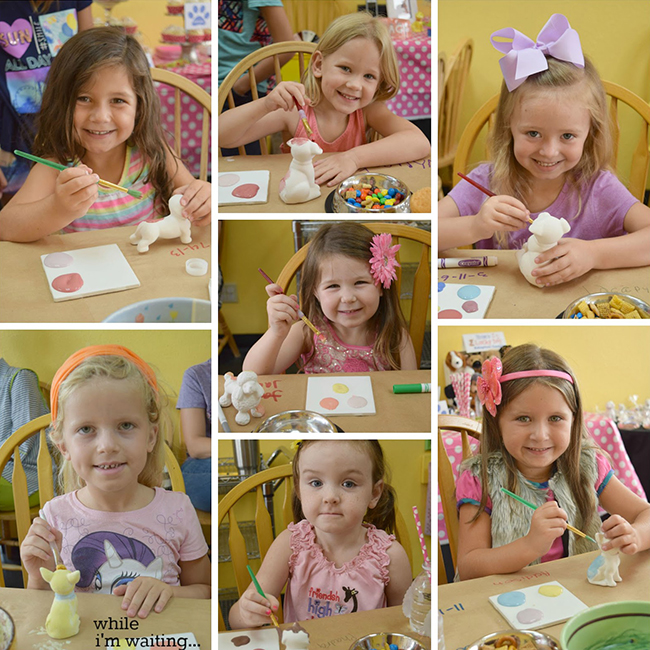 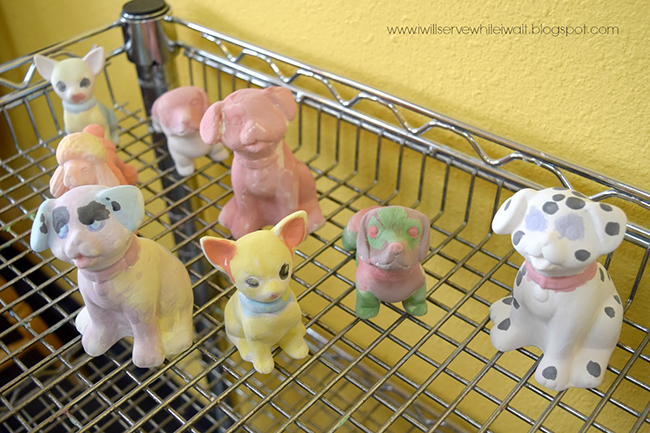 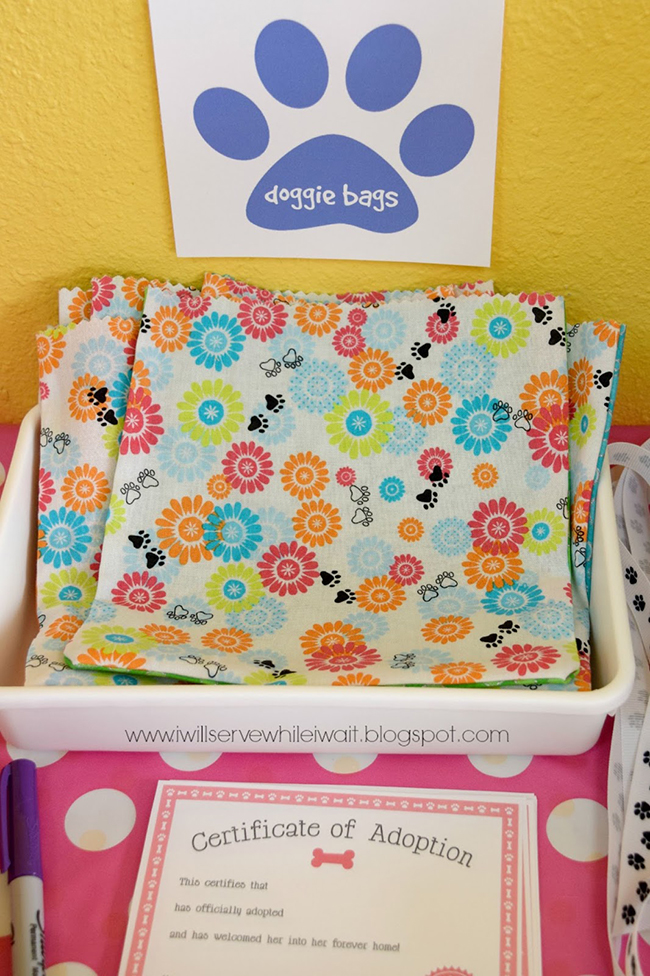 After painting their ceramic puppies, the girls “adopted” stuffed animals. All of the puppies were different! They filled out free printable certificates of adoption with their new toys’ names. The dogs went home in fabric “doggie bags.” 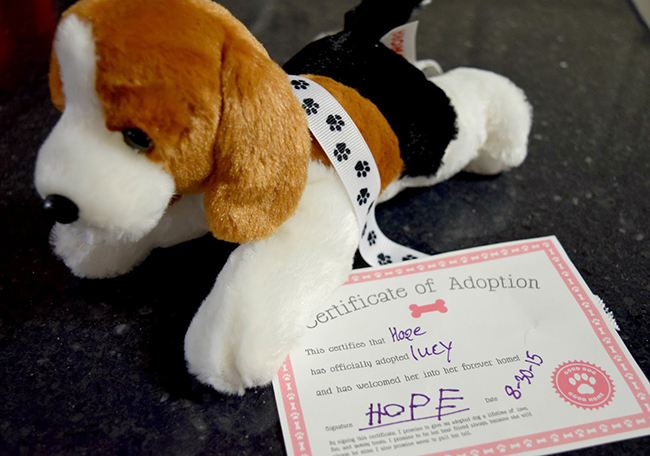 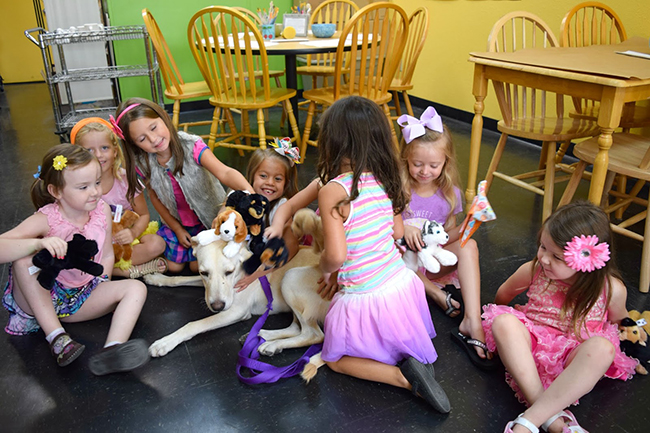 I love this! In lieu of birthday gifts, Holly and Hope collected food and toys for their local animal shelter (the Aggieland Humane Society). Maggie the dog was very interested in the donations. : ) 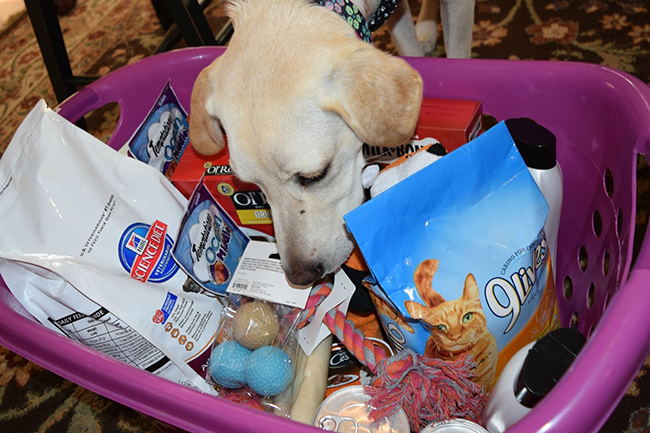 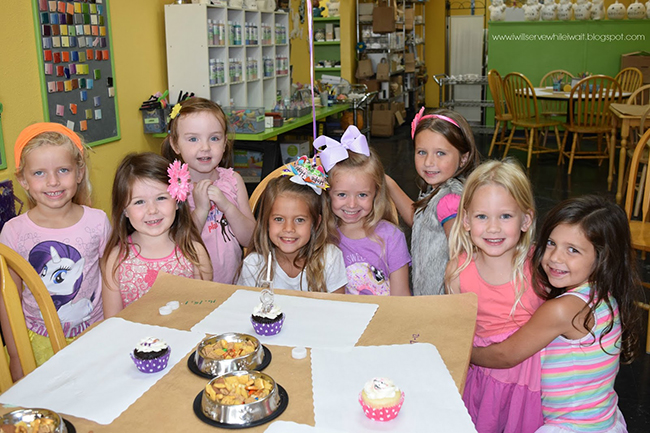 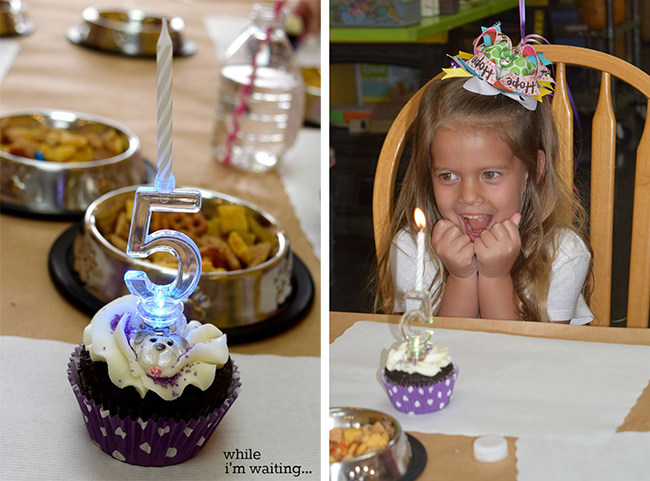 Thank you so much for sharing, Holly! Happy birthday to Hope!