This pretty princess birthday party was sent in by crafty mama Lyttle of The Sweetest Thing. Lyttle says, “This party was 95% DIY and I’m so proud to have been able to pull it off for my daughter on a tight budget. Despite all of the time spent, it was definitely worth it. A true labor of love, for sure!” 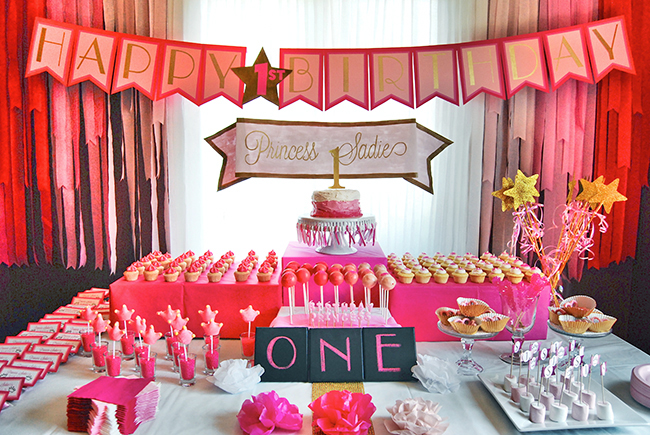 The pink backdrop behind the dessert table was made by hand. Lyttle says it was “simply made by streamers cut into varying lengths and hung individually from wall to wall. I used white and three different shades of pink.” The “Happy Birthday” pennant banner and the “Princess Sadie” banner were also both made by hand using card stock, banner paper, acrylic paint and a gold markers. 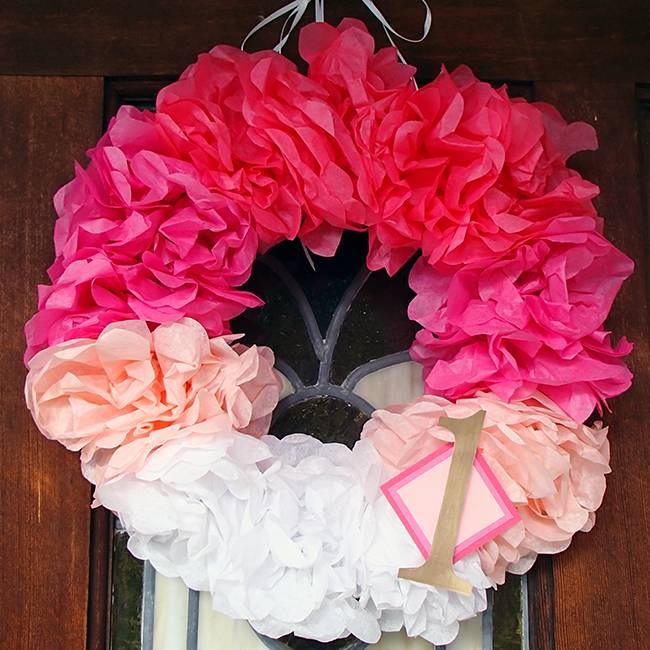 The wreath was handmade from several shades of tissue paper to create an ombre effect. 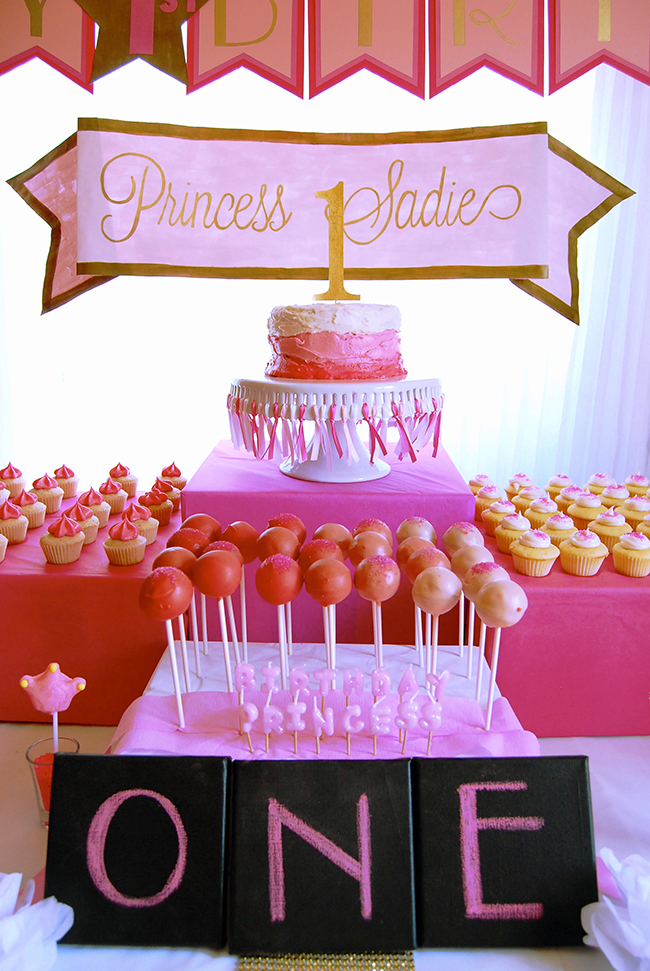 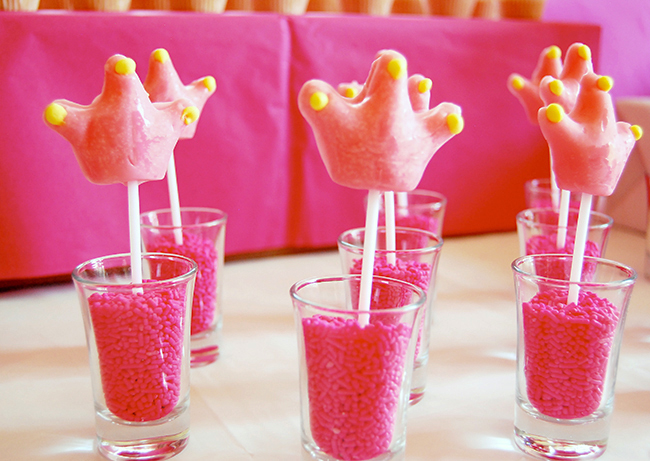 Crown lollipops were served in pink sprinkle shooters. So cute! 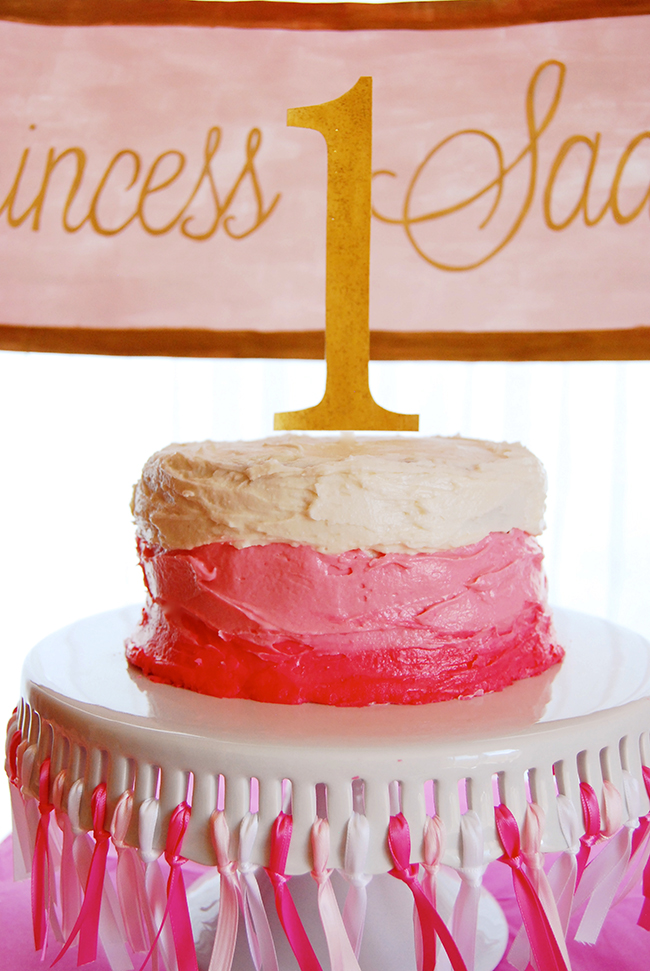 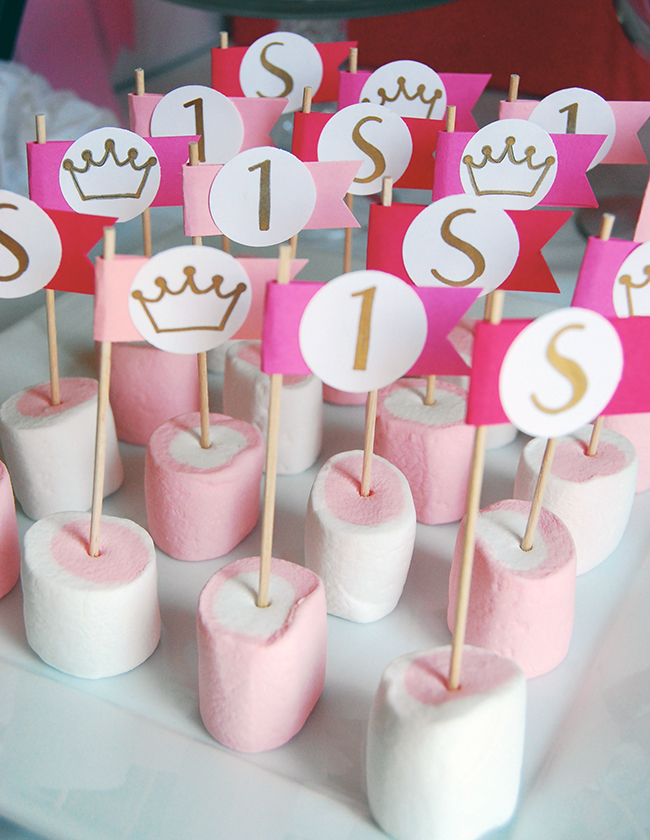 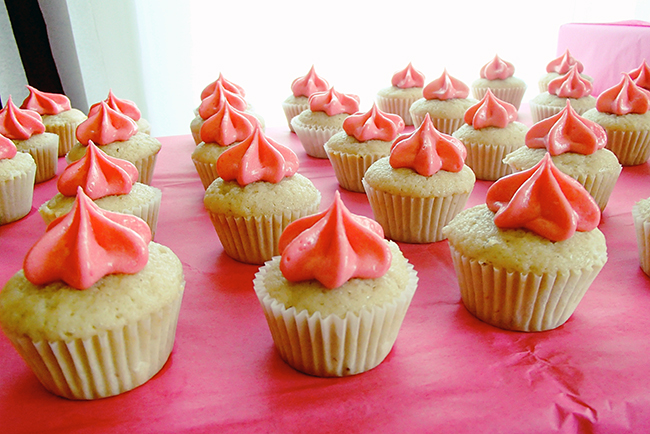 Each strawberry cupcake is topped with an perfect dollop of pink vanilla buttercream icing. 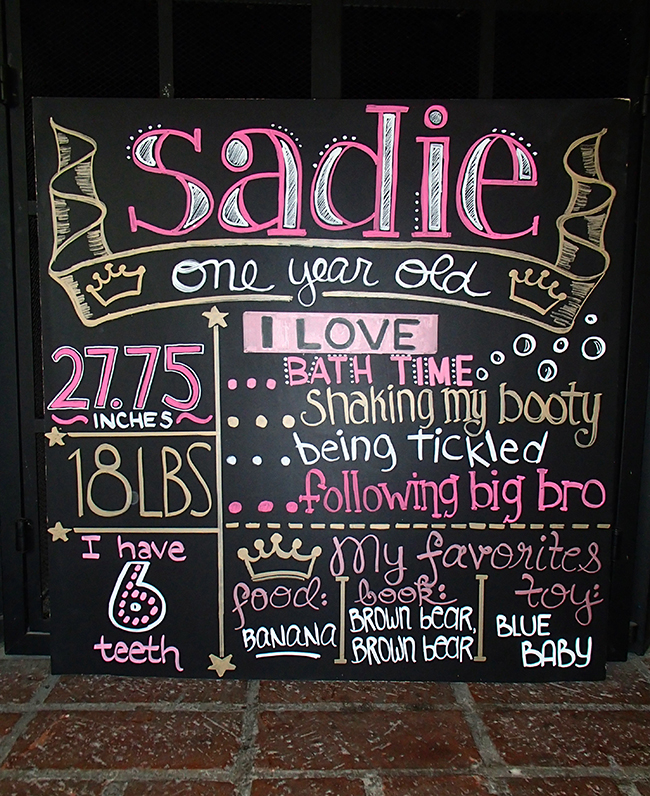 Lyttle made this beautiful chalkboard display all by herself to show off what Sadie has been up to in her first year. 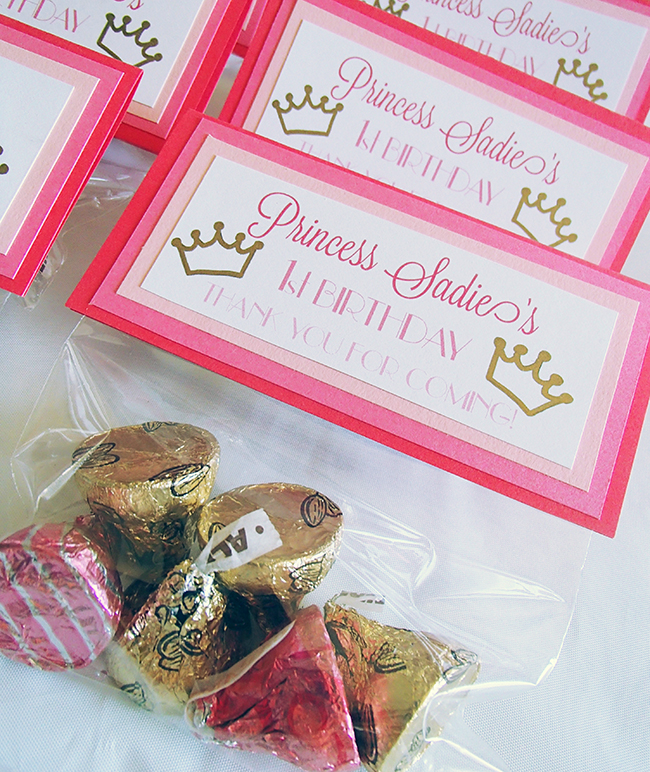 Thank you so much for sharing, Lyttle! Happy birthday to Sadie! : )