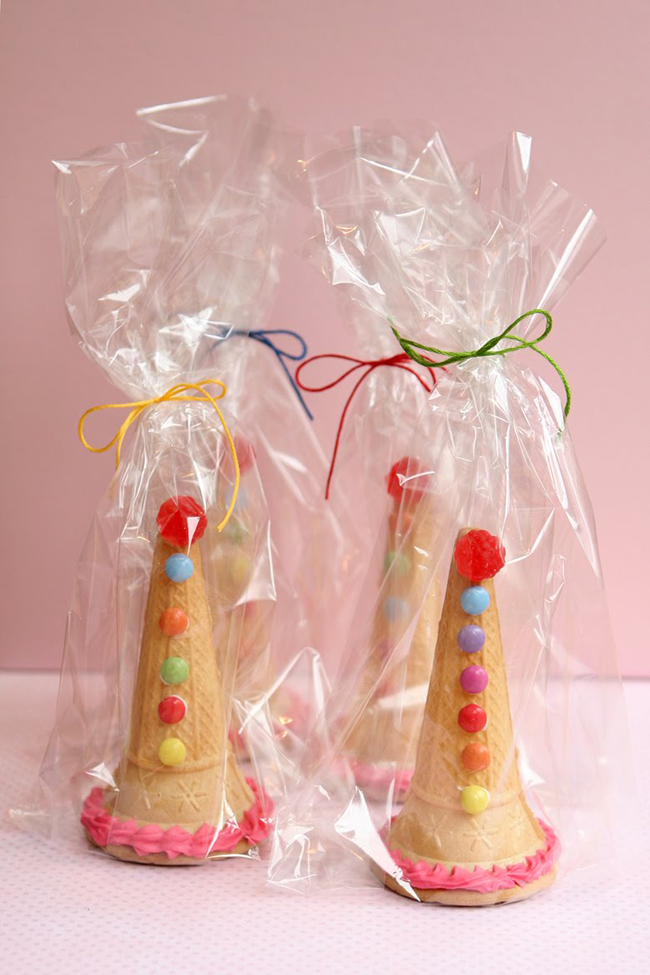 This is an awesome idea for a circus party favor: cute little clown hats made from ice cream cones! This photo is by Jo of Salt and Pepper, who filled the ice cream cones with Smarties before bagging them up. If you want to seal your candies inside of the cones, you can wedge a cookie inside of the mouth of the cone using frosting as “glue.” Then the cones themselves are decorated with icing, multicolor candies (mini M&M’s would work well here), and a gumdrop on top. Adorable!

If you want to serve clown cones at the party instead of bagging them up as favors, you can make a face out of ice cream or a cupcake and put the decorated cone on top! Get instructions to make ice cream cone clowns at Pillsbury, and for cupcake clowns at Taste of Home.