What could be sweeter than lollipops and lemonade for a first birthday party! Crafty mama (and self-confessed Etsy addict) Meagan combined the two themes to create a super-sweet shindig for her daughter, Kensie, and added loads of personal touches to make the party special.

Meagan says, “I wanted to do the best I could for my sweet angel Kensie’s first birthday. I did a ton of internet research and when I discovered a lemonade stand on Kara’s Party Ideas I knew I was on the right track for Kensie’s theme.” 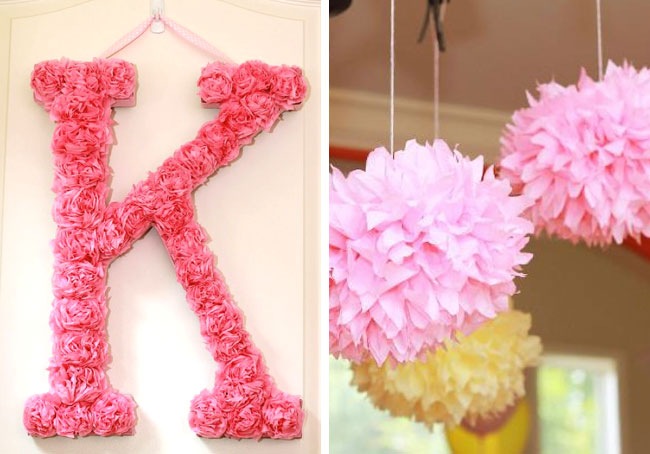 “I made the tissue poms from scratch, and I used a tutorial from Made During Nap Time for Kensie’s ‘carnation-pom’ monogram letter K. It was so useful! I must say it took longer than any of the other birthday projects. However I knew that we would hang it in her room, and she would be able to enjoy for years to come.” 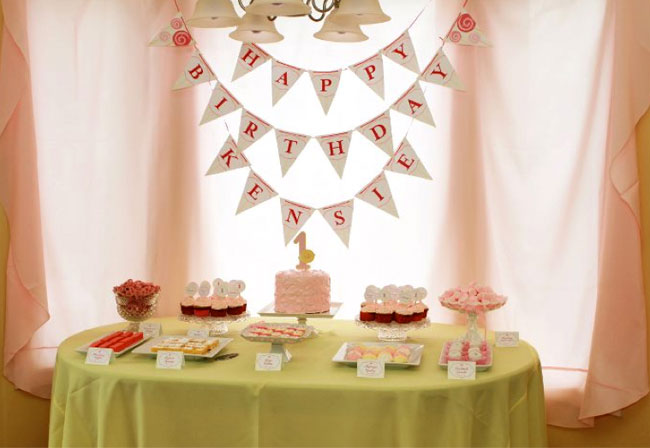 To carry the Kensie’s theme into the sweets table, Meagan used a yellow tablecloth and a pink cloth backdrop. Each item on the buffet table is marked with an individually personalized buffet card. 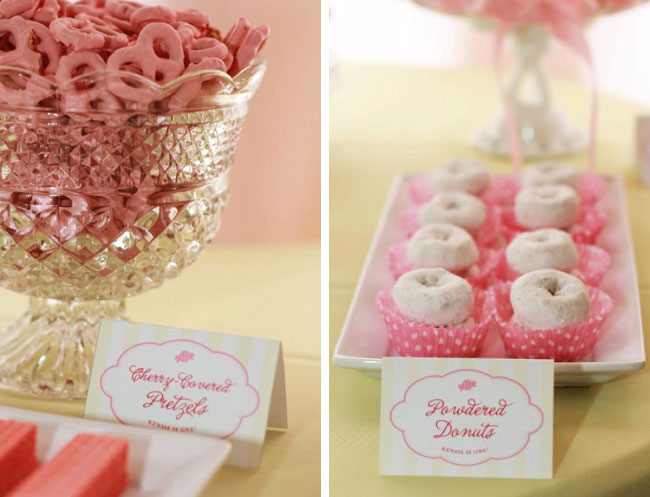 More sweets – I love that something as simple as powdered donuts can be so beautifully presented, just by using cupcake liners and a pretty tray! 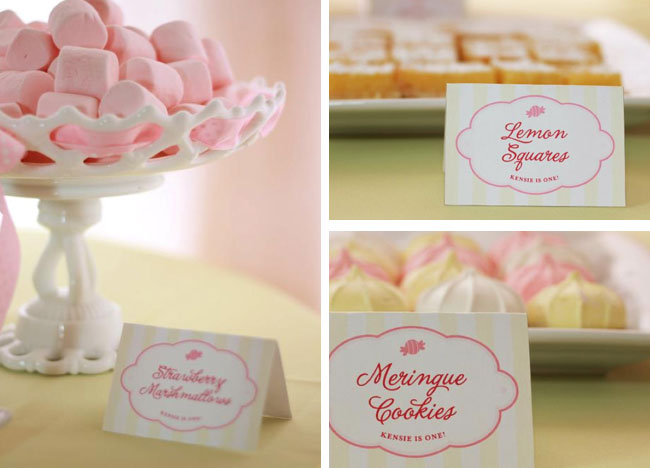 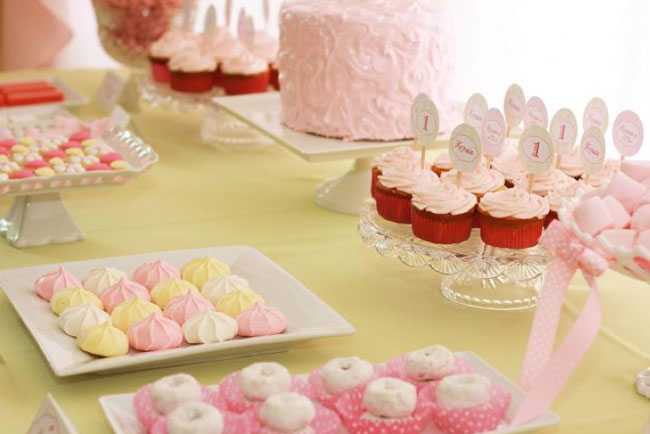 Meagan says, “As a full-time working mother, I am not known for my domesticity at all! I knew the biggest challenge for me would be the baking so I had to give it a try. The tutorial on How Does She about how to make a layer cake was my guide. I took their word for it that despite so many steps, anyone could do it. I am the proof! I did four layers of lemon cake and added red food coloring to the frosting to achieve the right light pink. I received a ton of compliments on the birthday cake, and it really meant a lot to me to make Kensie’s first birthday cake, cupcakes and smash cake (and the lemon squares too).” 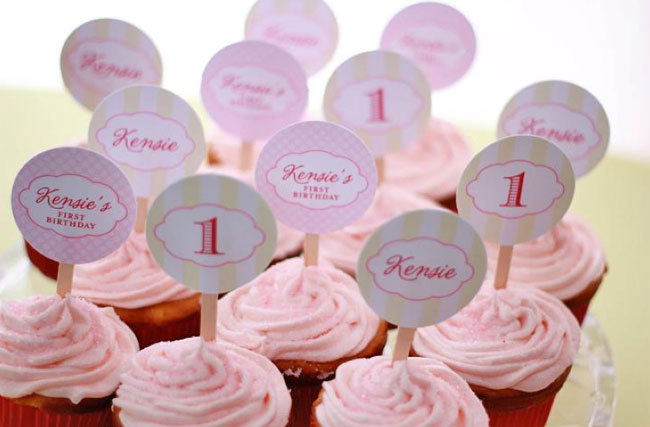 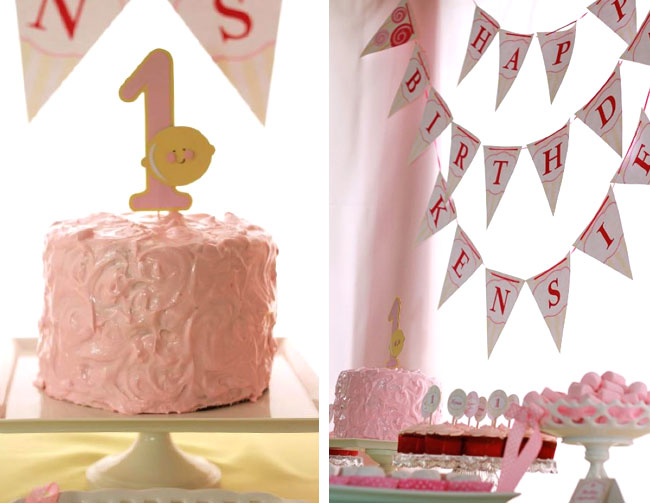 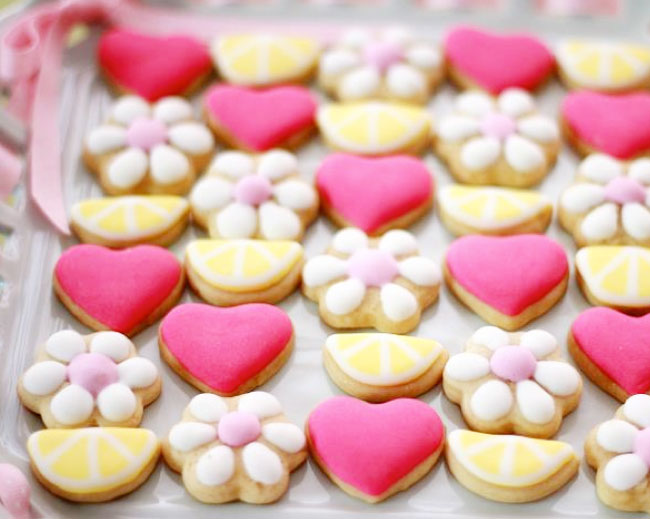 These gorgeous little sugar cookies were made by Sweet Art Sweets. 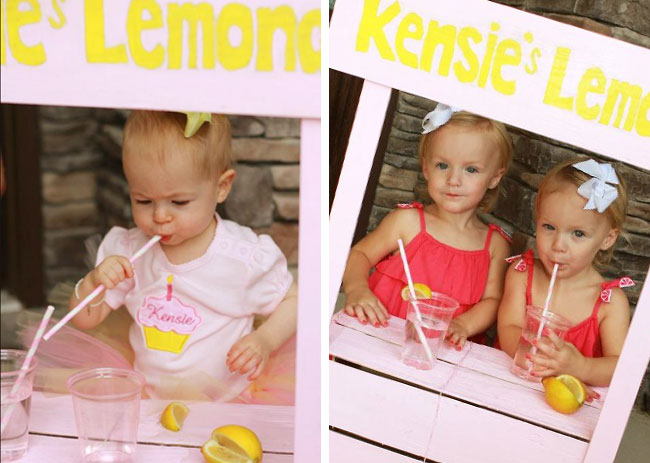 Meagan made Kensie’s lemonade stand from a vegetable crate, two yardsticks, wood board and paint, using a tutorial she had found on Made During Nap Time as a guide. 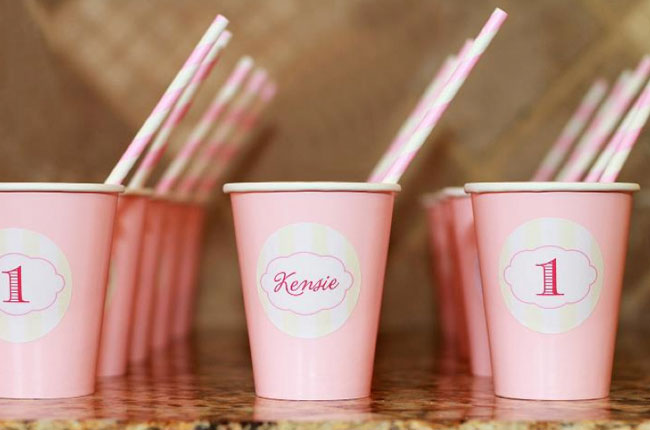 Stickers and labels were used to dress up Kensie’s pink lemonade bar and water bottles. 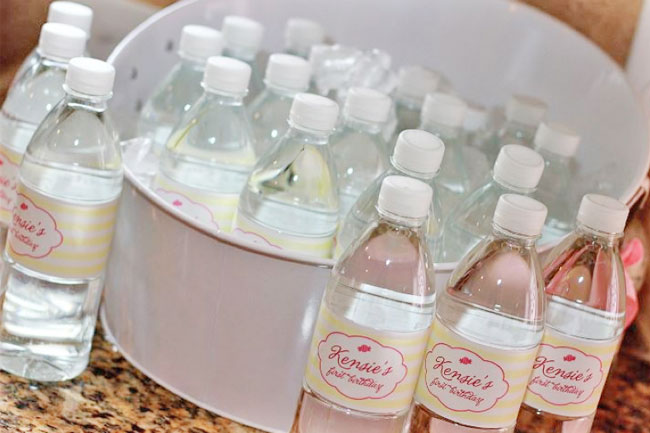 Meagan says, “It was a challenge to find the right water bottles, as I really did not want ribbed water bottles and every company seems to be using them now. Heather suggested Archer Farms water from Target. They were perfect!” 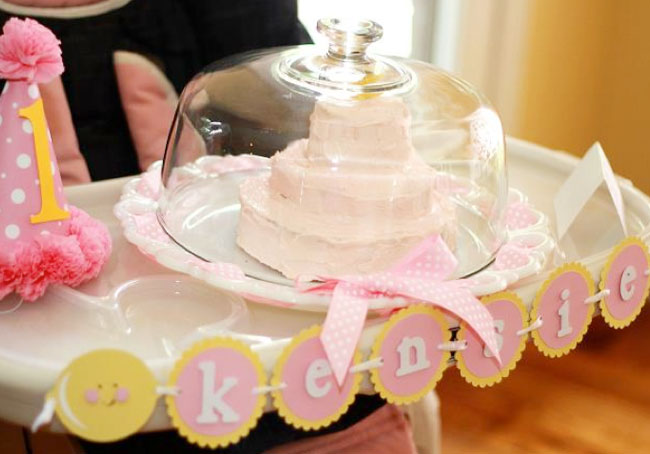 Kensie’s party hat and her high chair banner were purchased on Etsy. 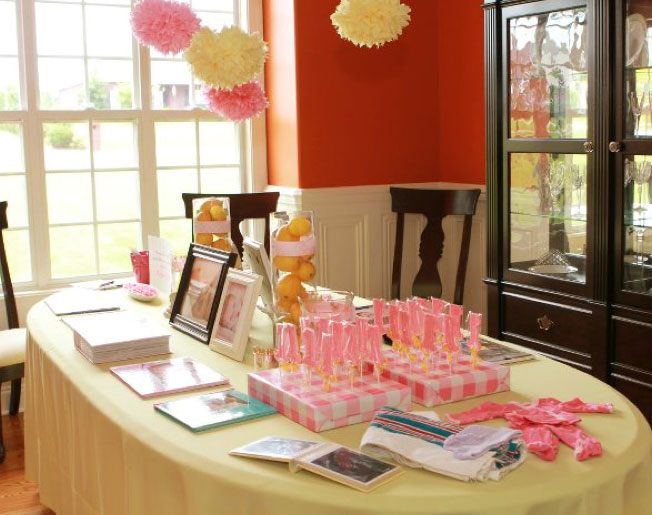 “Along with color-coordinated candies, I covered the favor table with photo albums, framed photos, one of Kensie’s preemie outfits, and her blanket and hat from the hospital. I also made a little place at the end of the table so guests would be able to take a moment to write down a little note or memory for Kensie. I knew we would really treasure these notes as the years go by.” 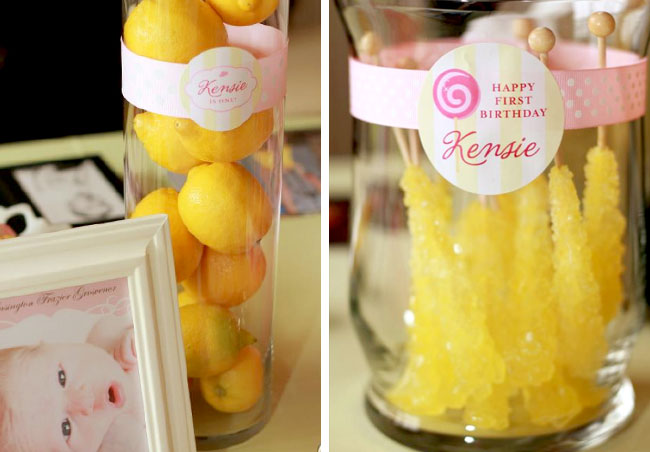 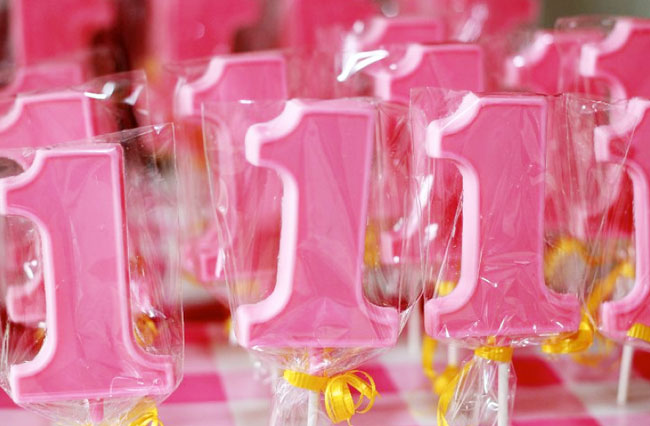 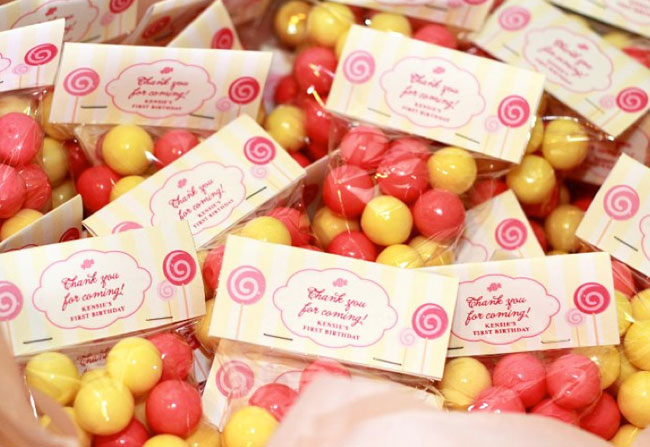 Each guest took home a bag of pink and yellow gumballs, each packaged with a printable treat bag tag. 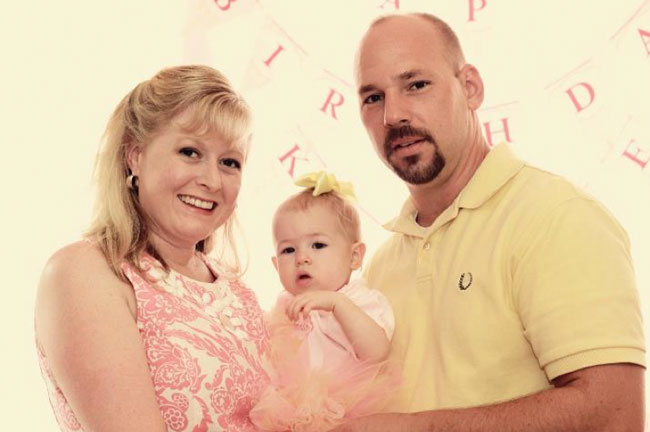 Thank you so much for sharing, Meagan! Happy birthday to Kensie!

New address label design! 😍 Want to add this to