Here’s an adorable insect theme party that really gets down to nature! Ambrini Events styled this insect party for 1-year-old Dylan, using bugs, butterflies, beetles, moss, dirt, stones, grass, and flowers for a realistic outdoorsy feel. The bright color scheme of greens, blues, and orange tied the whole theme together and made it cute and bright – perfect for a little one like Dylan. 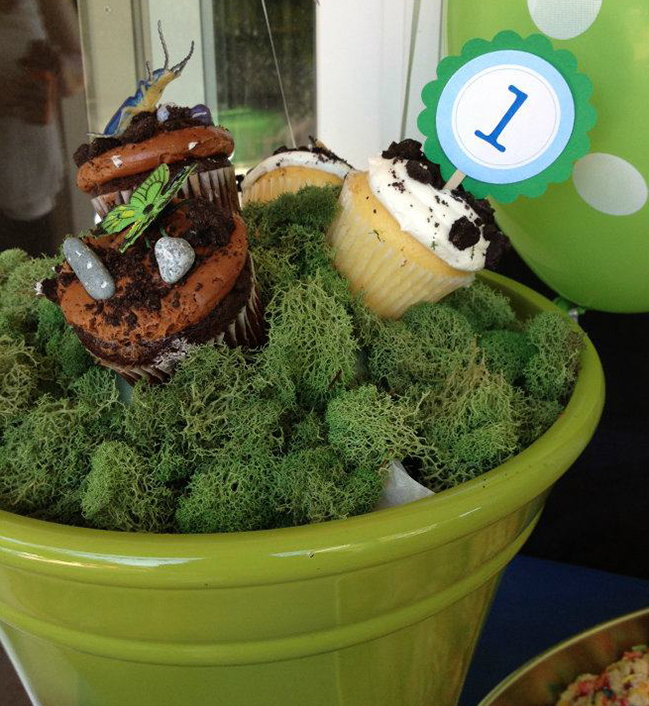 Cupcakes were decorated with crushed Oreos, candy rocks, plastic bugs and butterflies, and printable cupcake toppers. Then, they were displayed in a large flowerpot topped with moss. 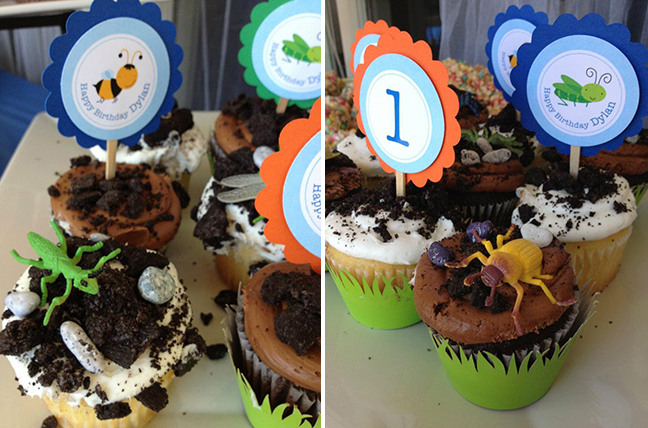 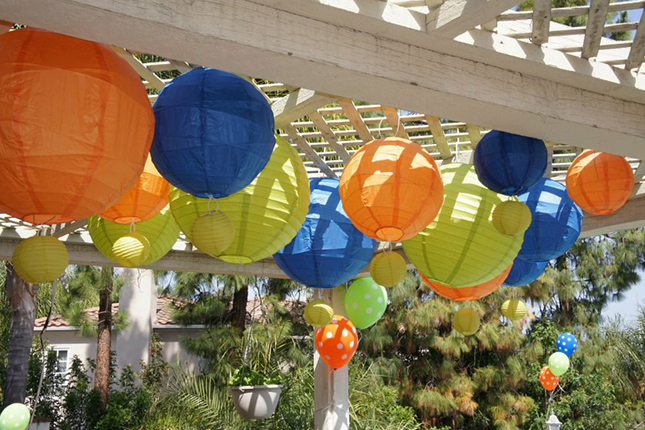 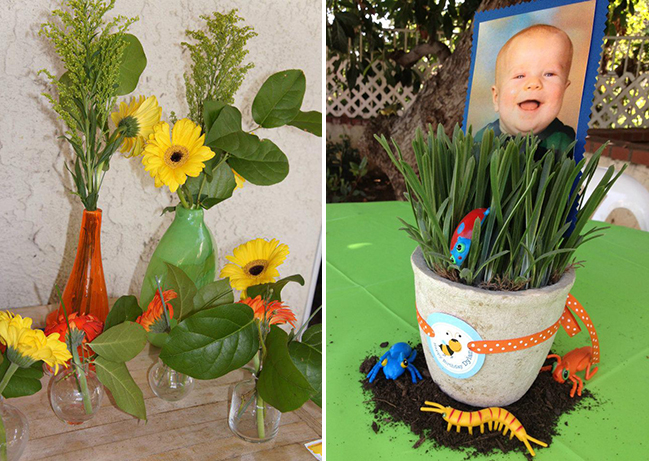 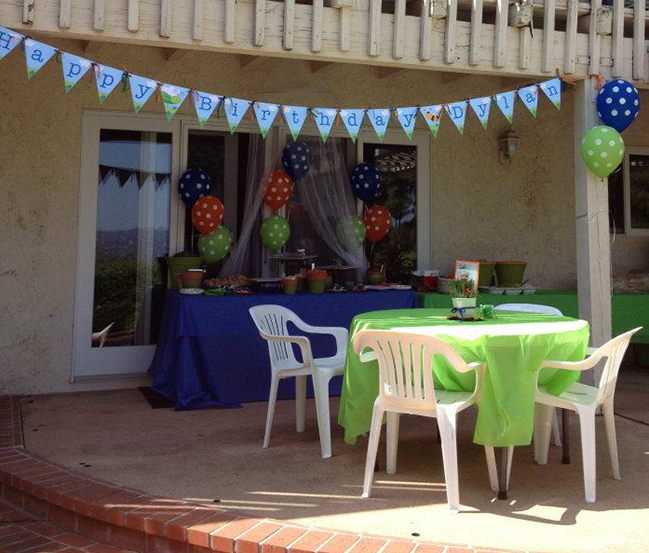 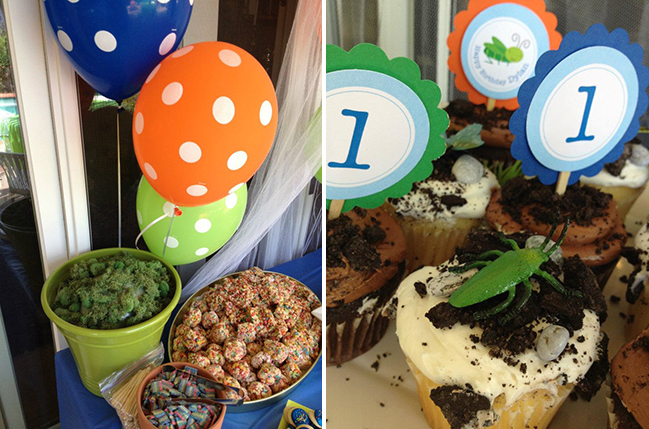 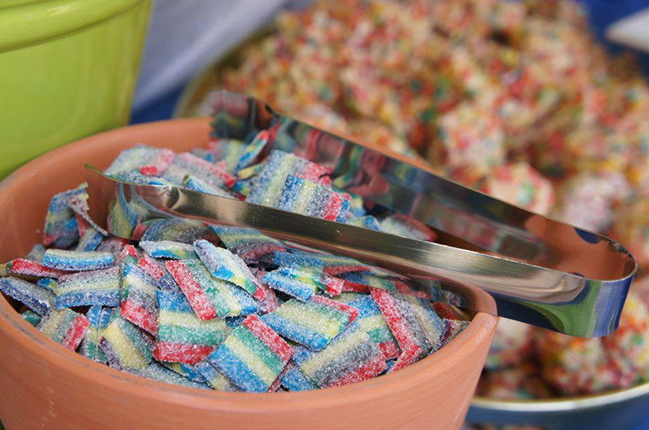 Snacks such as gummy candies and chips were served in terra cotta pots. And, gummy worms are a cute touch for the “dirt in a cup” pudding cups. 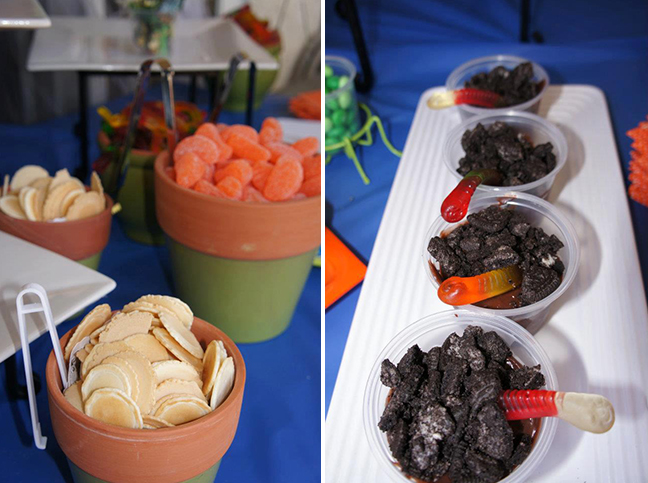 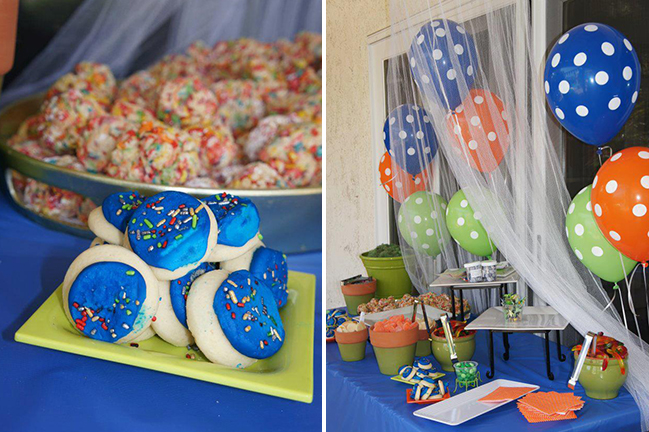 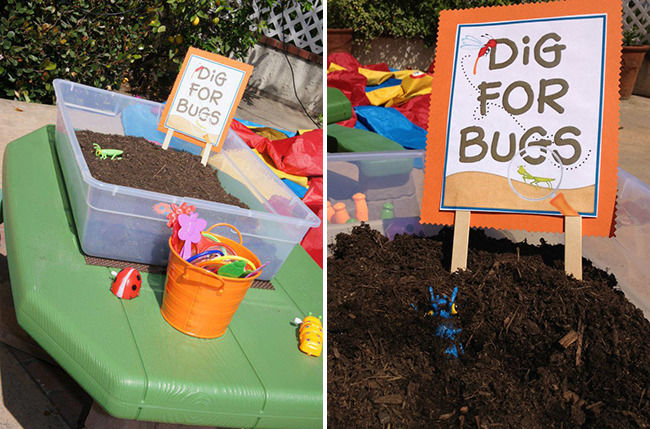 In addition to a bounce house, kids also played “dig for bugs” – finding plastic bug toys in a bin of garden soil. 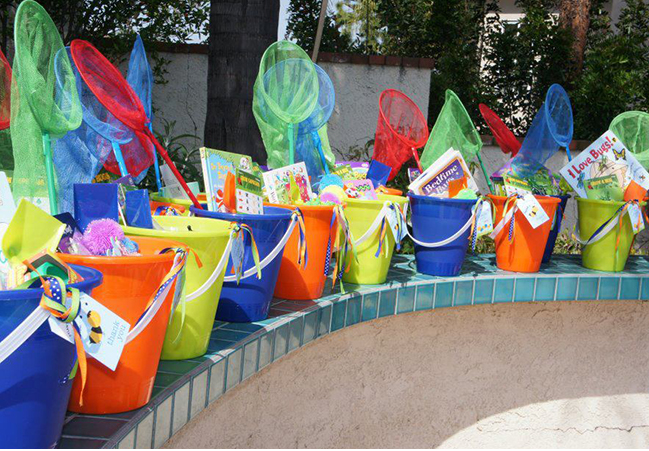 Favors included books, stickers, small toys, and of course, an insect catcher. Each favor bucket was tied with a printable favor tag that says “Thanks for buzzing by!” 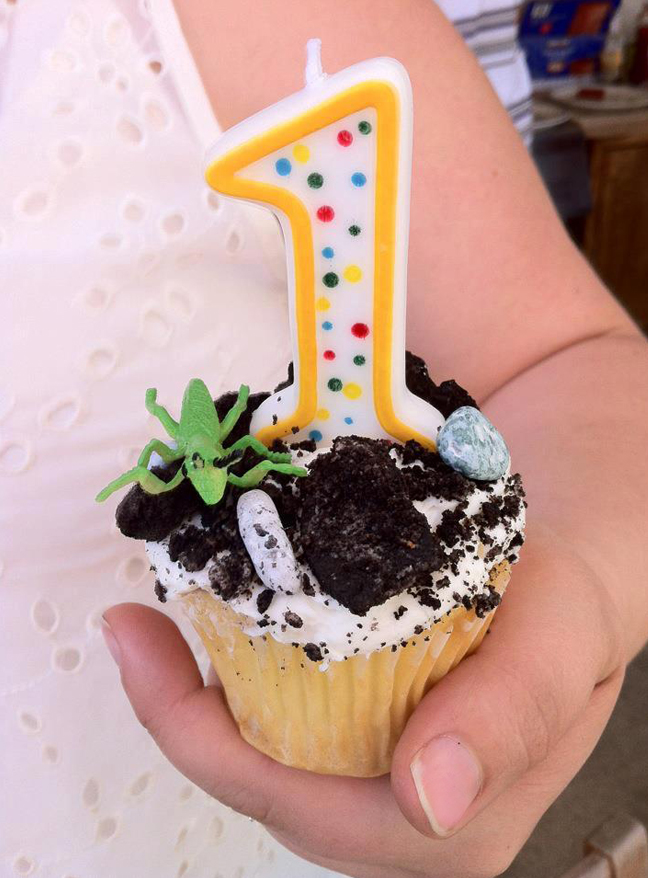 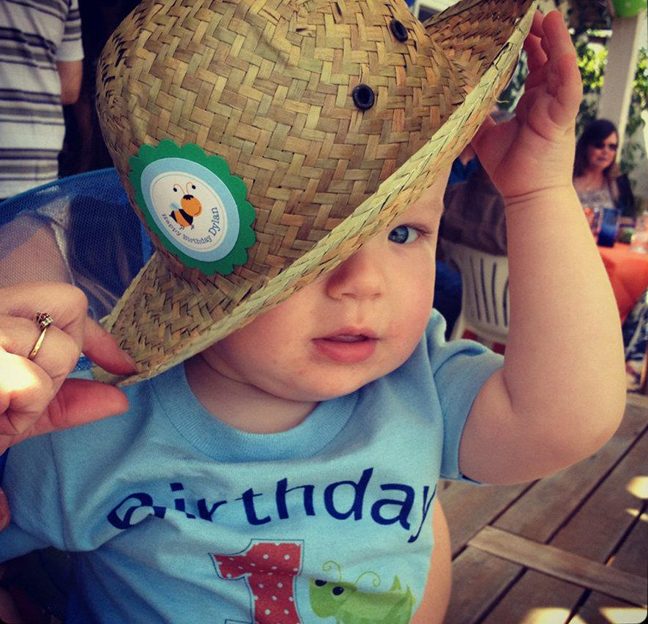 Adding a printable cupcake topper as an accent to a straw hat makes the perfect party hat for a little gardener! : )