How to make Under the Sea snow globe aquariums

Posted under party favors, under the sea

Spring is {thisclose} to being here, and that means that summer party planning is already underway! If an Under the Sea theme party on your list, here’s a great little party favor and craft idea that you’ll love. It’s courtesy of Delia of Delia Creates, who recently threw an Under the Sea party for her son, Owen. At the party, Owen and his guests made… 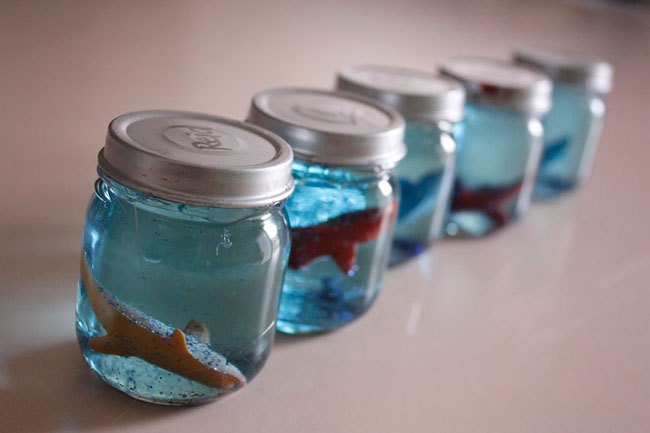 …snow globe aquariums! How fun are these! And pretty darn thrifty, too – the jars are empty baby food jars, and the sea animals and glitter inside the jars came from the Dollar Tree. 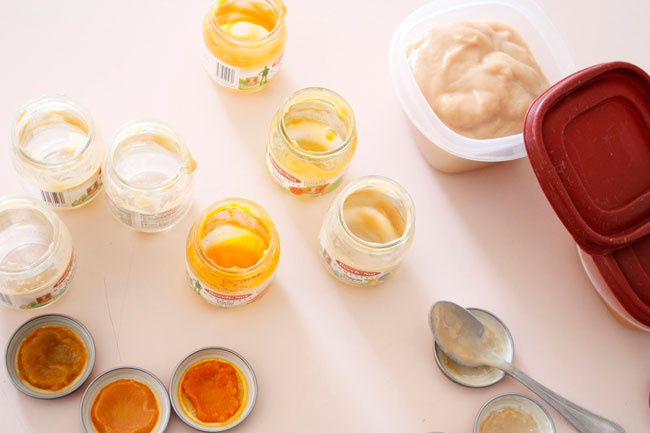 Delia chose baby food jars because they’re a good size to use with the miniature-sized sea creatures. She emptied the jars out, then saved the baby food to use in her recipes (she says, “the bananas are a great addition to pancake batter. Squash, carrots and sweet potatoes are a great way to add more veggies to a plain spaghetti sauce”). But, of course, if you have a baby at home – score! I’m sure you have lots of jars on-hand already!

Here’s what you do for the pre-party prep:

Empty out the jars, then paint the lids silver (or another color of your choice) using acrylic paint.

Then, mix up some blue water. Delia says, “to get a light enough blue you need like 2 drops per 1 quart. I think I diluted it even more after that even. If you add the food coloring straight to the jar, the water will be too dark.” 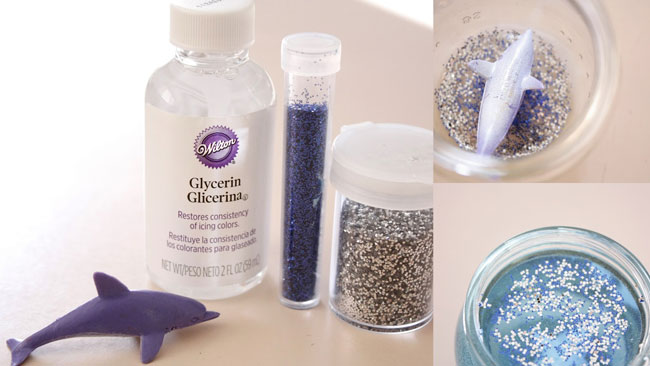 At the party, making the snow globes is easy! Have each child choose a sea creature they like. Then put their choice of critter into a jar along with some glitter and a little glycerin. Add the blue-tinted water, filling to the top. After the jars are full, hot glue the lids on. 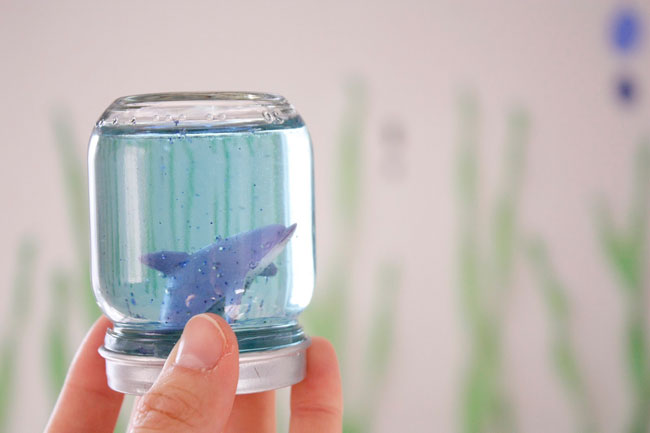 If you end up with a tight seal on the lid, you’ll be able to display the snow globe with the base down. As Delia says, “some lids took better than others. Owen’s is fine but Reid’s is leaking so we keep it upright.” But really, I think these would be super-cute either way! 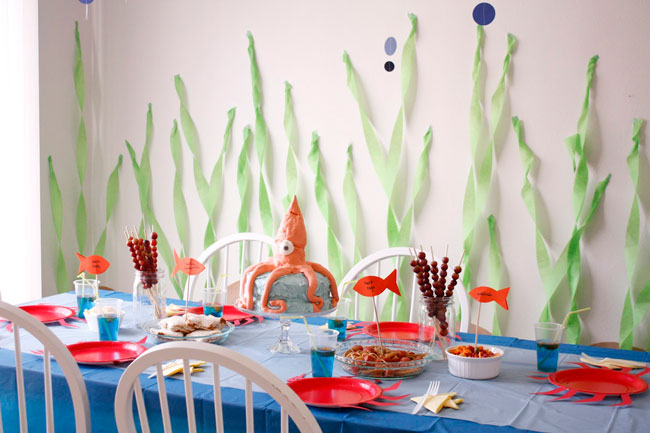 Be sure to check out the rest of Owen’s adorable Under the Sea party here – there’s lots more to see!

Tutorial and photos are re-posted with permission from Delia Creates. Thanks Delia!

It's that time again! Can you believe that this is

Aren't these the cutest bowling party favors? The