How to make goldfish marshmallow pops

Posted under food & recipes, goldfish, party favors, under the sea 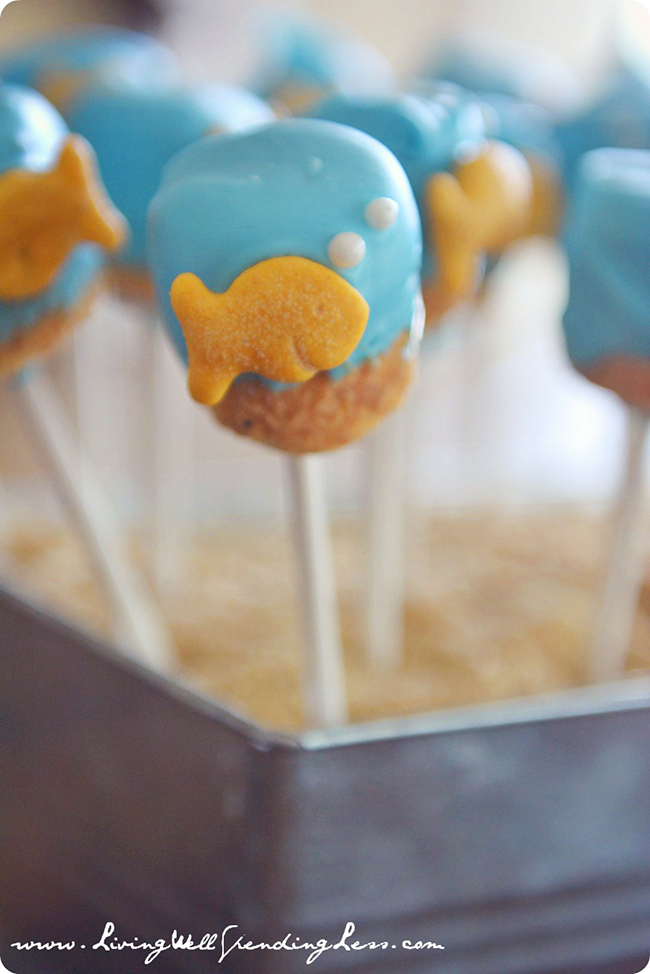 When it comes to goldfish party food, it doesn’t get cuter than these marshmallow pops! That’s why they’ve already appeared in several of my customers’ goldfish parties. You can serve them on your food table or wrap them up individually and give them away as favors, and for as cute as they are, they’re actually quite simple to make. First, marshmallow pops are always easier to make than cake pops. That’s several steps skipped right there. Then, that “sandy” bottom? It’s actually already part of the marshmallow – because they’re toasted coconut marshmallows! How easy is that! You’re practically done already. ; )

Get step-by-step instructions on how to make goldfish marshmallow pops at Living Well Spending Less.

Reposted gratefully with permission from Kalyn and Ruth of Living Well Spending Less.