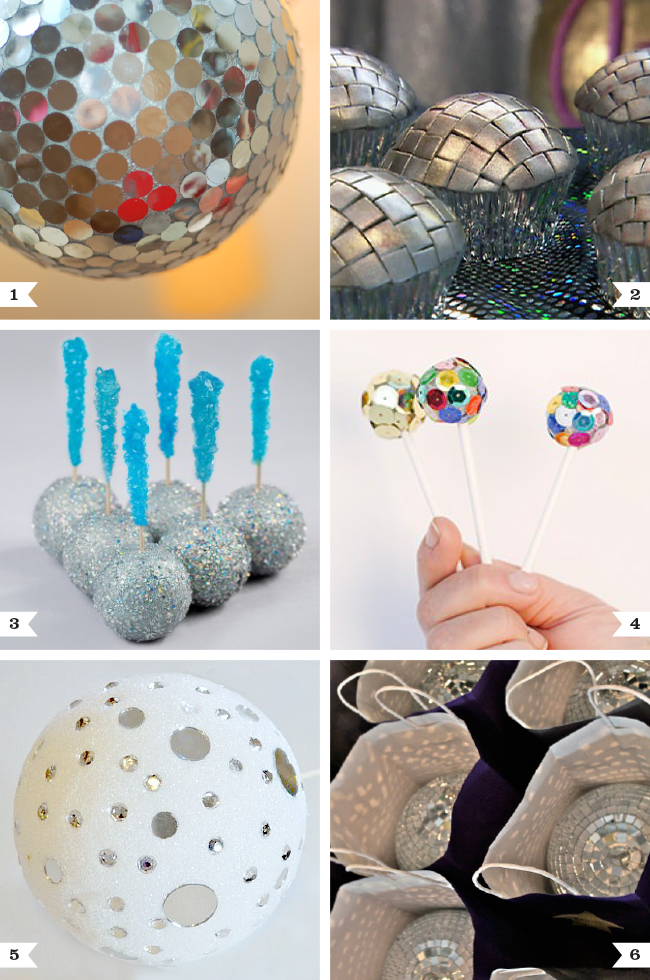 Put on your dancing shoes… here are some fun disco ball ideas for a disco dance party (or New Year’s Eve!).

2. Disco ball cupcakes! These are made by tiling squares of fondant on top of frosted cupcakes. The fondant has been covered with luster dust to give it a metallic effect. – recipe via Food Network with more info on the cupcake decorating from Project Domestication.

3. Serve treats on a stick on a “platter” of disco balls! Hot glue glittery styrofoam Christmas ornaments together to create the base, then stick the treats in. Or, buy small styrofoam balls and DIY glitter them. – via Parenting

4. Make mini sequined DIY disco balls and use them as cupcake toppers, or string them into a necklace to give as a party favor – via Handmade Charlotte

5. Make a jeweled and mirrored DIY disco ball (or have kids make one as a party craft) – via The Mother Huddle

6. Give small disco balls as party favors – “always a hit!” – via Plan Me A Party