Cutest Thanksgiving treats on a stick 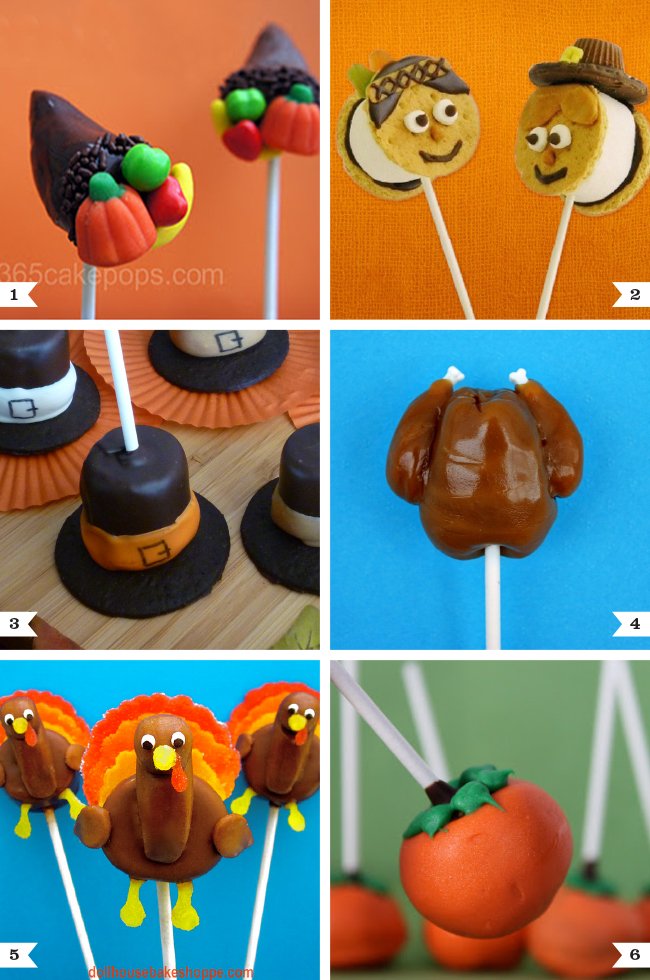 It’s Thanksgiving idea week! I’ll be bringing you loads of ideas all week for Thanksgiving food, crafts, and decor. Oh, and some free printables, too! : ) Ready to get started? Me too! Here’s what’s up first: Thanksgiving theme cake pops, marshmallow pops, and other sweet treats on a stick. I searched high and low, and these are the cutest cake pops around:

Mold cake balls into a cone/horn shape. Taper the pointed end, tilting upward, and flatten the wide, round end.

Coat the rim of the pop with Karo syrup. Add Jimmy Sprinkles so they stick and coat all the way around.

Cut the mini pumpkin candies in half. This is to make it easier to adhere them to the cake pop.

With a toothpick, dab small amounts of melted chocolate on the flat, round end of the pop. Gently place the mini pumpkins and Runts candy at your discretion. Hold in place until they stick. Let dry for 2-3 minutes.

2. Pilgrim and Native American s’mores on a stick

Place the jumbo marshmallow half on top. Squeeze more of the frosting on top of the marshmallow.

Place the other graham cracker round on top and let it dry for about 5 to 10 minutes.

To make the hair, take 1 caramel and put it in the microwave for 4 seconds. Then flatten it out using your fingers. Place it on the top of your round graham cut out and then cut around the edges to fit using kitchen scissors. Cut the bottom to look like hair.

Attach the graham cracker with the frosting. You can cut off a piece of the caramel scraps to make a nose by just shaping with your fingers.

To make the pilgrim hat, take 1 Keebler Fudge Stripes Dark Chocolate Cookie and place it on your work surface. Take a chocolate peanut butter candy and attach it on top using the frosting.

To decorate the hat, cut off a small corner from a yellow chewy candy using kitchen scissors and flatten it out with your fingers. Cut it into a square. You can cut through the edges to cut out the middle and then press it back together. Squeeze frosting around the edges of the peanut butter cup and then attach the yellow candy cut out to look like a buckle.

Take your pilgrim pop and stand it up in a juice glass. Then, attach the hat on top using the frosting. Let that dry and move on to making the Native American S’more snack.

Make your lollipop using directions #1-6 above, leaving out the hair & hat.

Attach the fruit snacks with the frosting on the back side of the top graham cracker round to add the Native American’s feathers. Let that dry.

Press out a piece of the caramel using your fingers to make a strip. Place on the top of the head and cut off the edges to fit like a headband.

Make an X pattern on top of the caramel with the frosting. Squeeze on frosting for the hair and then attach the band on top.

Take your Native American S’more snack and stand it up in a juice glass. Let dry until set.

“At our Thanksgiving dinner this year there will be kids. Seventeen kids to be exact. I wanted to make something fun to put by each kid’s plate. Then last night at around midnight it hit me: I could make a Bakerella Cake Pop shaped like a Turkey for each of the children. Then I got to thinking about how skilled Bakerella is with her hand shaping and how I have never tried hand shaping a cake pop yet. Then I thought about how it might not work to well if I tried dipping the little turkey pops with their drumstick legs. Would they fall off? And let’s just say they did stay intact and actually looked good: could I then, somehow get a bone rammed into the end of each leg without ruining my entire turkey pop? Hmmmm:. then I had an epiphany. I would simply sculpt each pop out of caramels. So I unwrapped a few, heated them up until they were barely warm and just pliable enough to shape. Then I shaped the caramel around the stick. I added the legs after I made the body and I wrapped them around tiny little Wilton bone sprinkles that I had from Halloween. Voila, and there you have it folks. A solid caramel turkey pop, on a stick, complete with bones: ready to add a touch of humor and a bit of whimsy to our Thanksgiving table!” 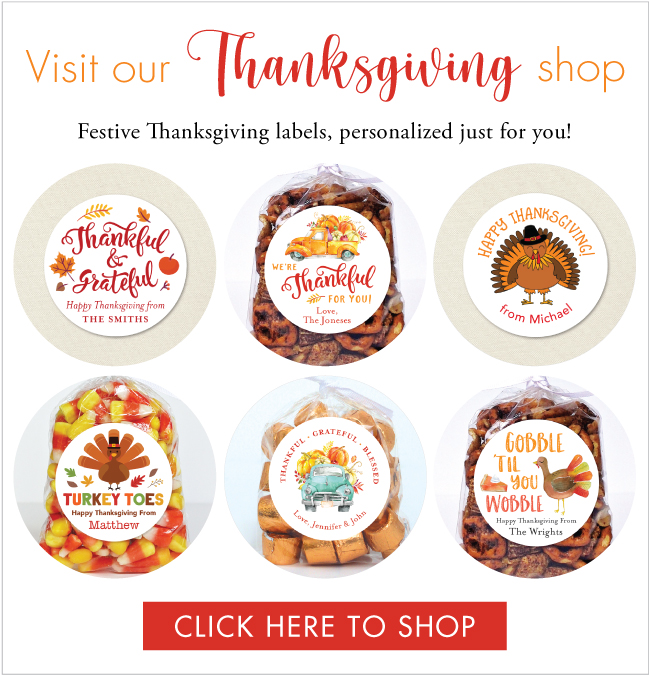