A very sweet customer, Kristi, recently threw a cooking party for her youngest son Jackson. Besides having a cooking theme, it was also a pool party, and Jackson and his friends had a blast frosting cakes, decorating aprons, and going swimming. And just check out the fantastic cake! 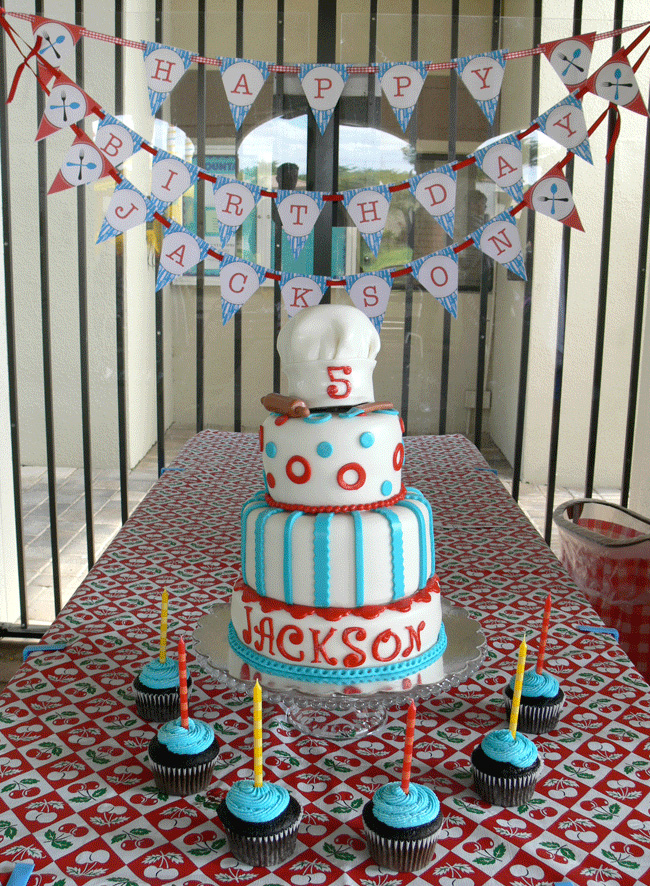 Jackson’s cake is by The Cake Lovers of Plantation, Florida. Isn’t the chef hat on top the best?! 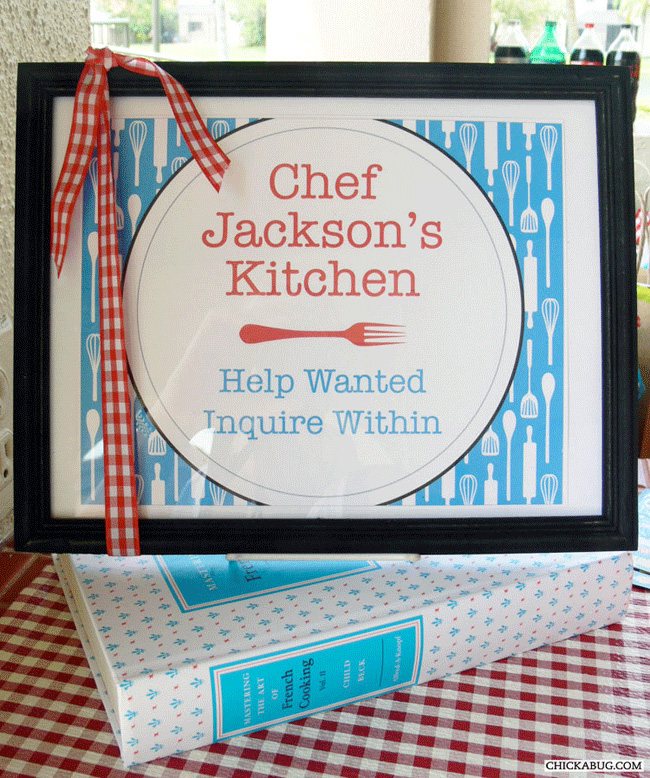 A printable sign welcomes Jackson’s friends to the party, and it’s displayed sitting on top of Julia Child’s Mastering the Art of French Cooking. It’s a total coincidence that the colors of the sign and the cookbook match, but I love that they do! 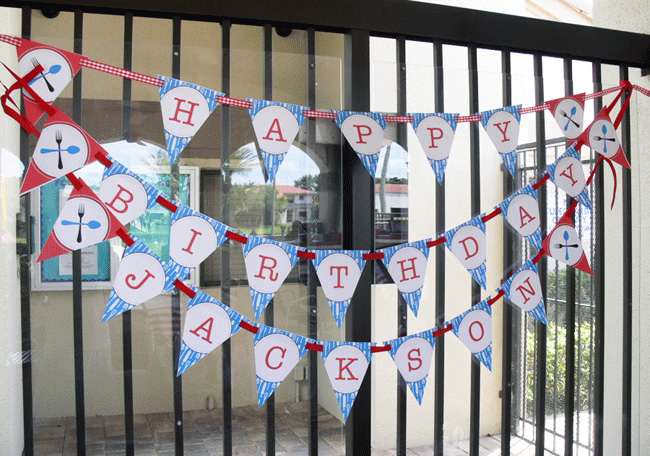 Jackson’s printable banner is strung with gingham and red ribbons and hung by the pool. 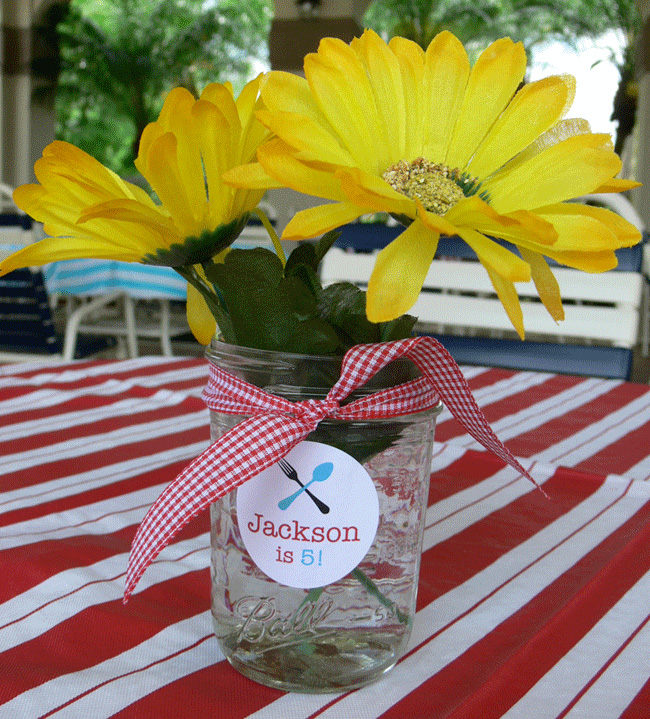 Kristi used stickers to decorate ball jars, then filled them with flowers for simple and sweet centerpieces. 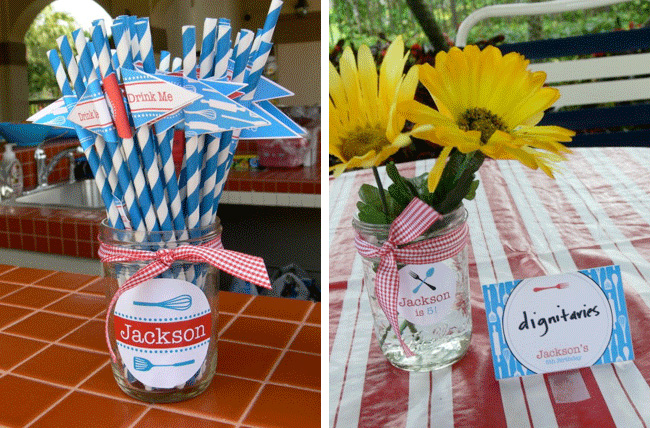 Blue and white paper straws with printable flags are a fun touch. So is Kristi’s idea for table names! She says, “I labeled all the tables. Some said ‘VIP,’ some said ‘the cool kids,’ and some said ‘food critics.'” 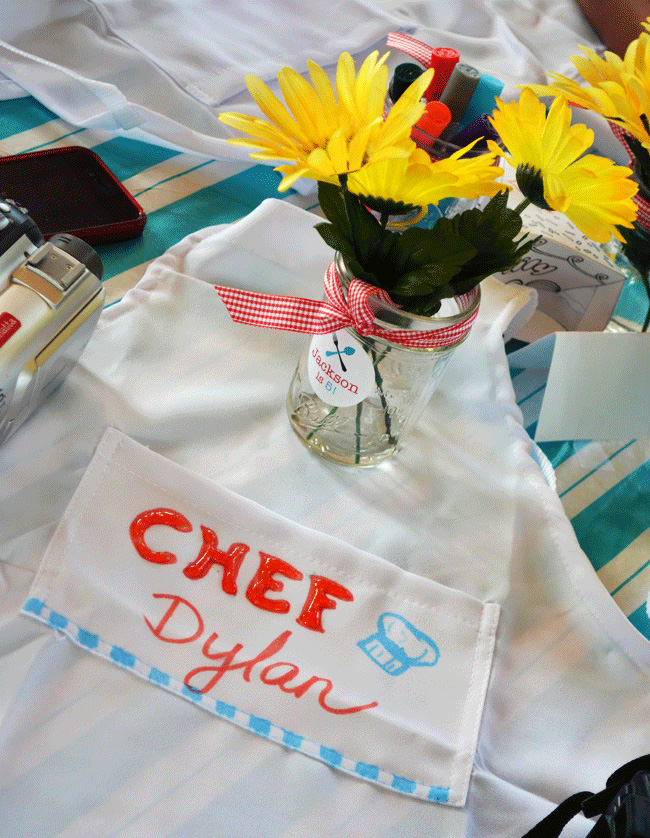 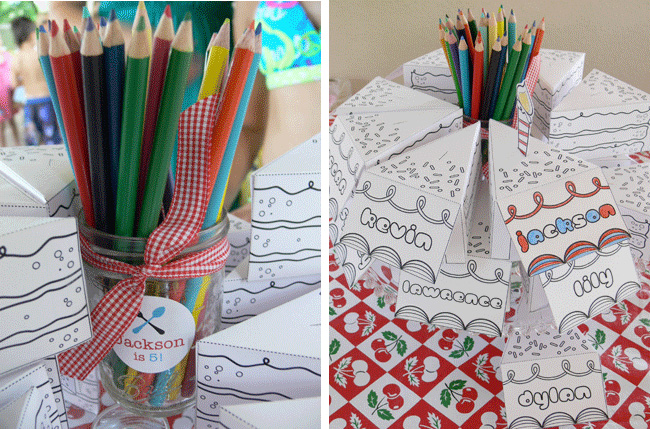 Printable cake slice boxes from PaperGlitter served as an activity and a party favor – kids colored the boxes at the party, then took them home later. 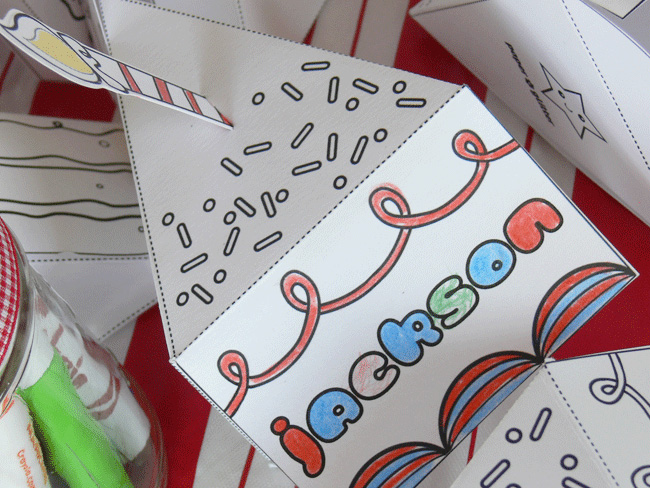 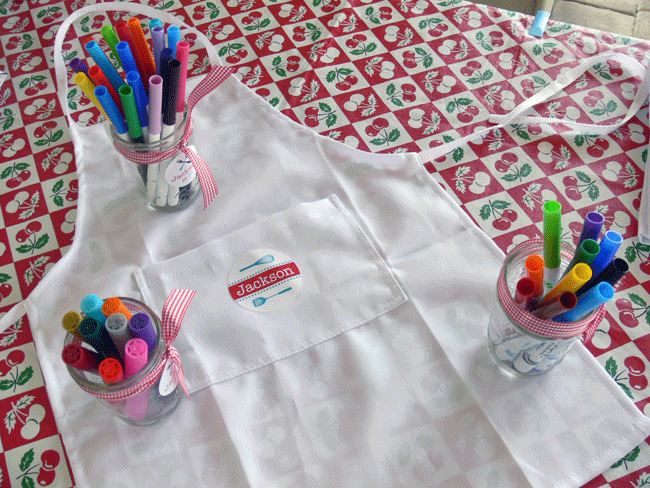 Each child also got to doodle on an apron… 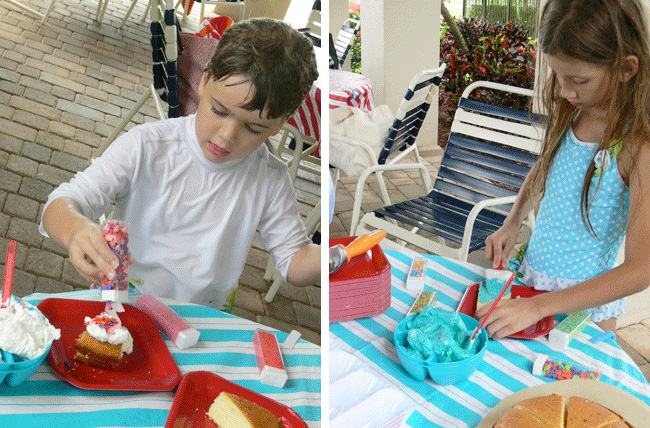 …and they decorated their own cake slices with their choice of frosting and sprinkles. 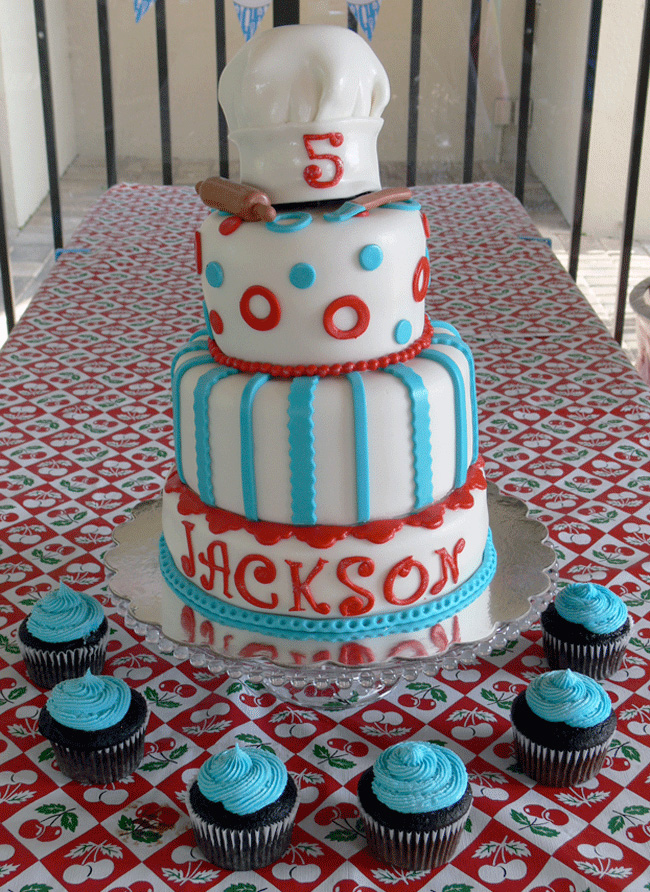 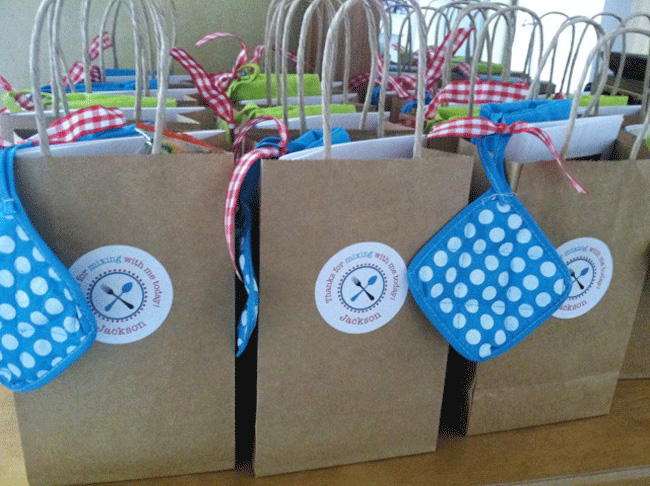 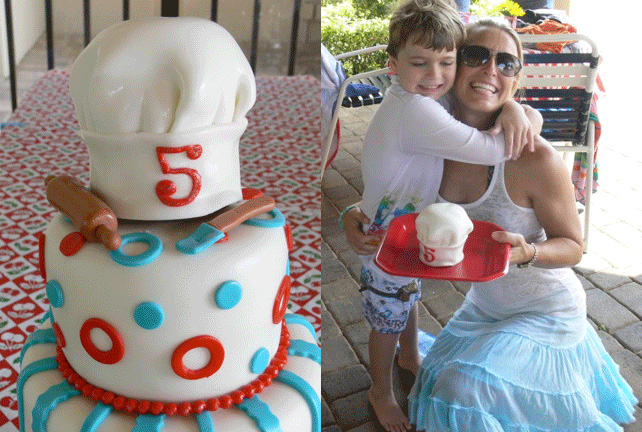 Such a happy birthday boy – this is what it’s all about! : ) 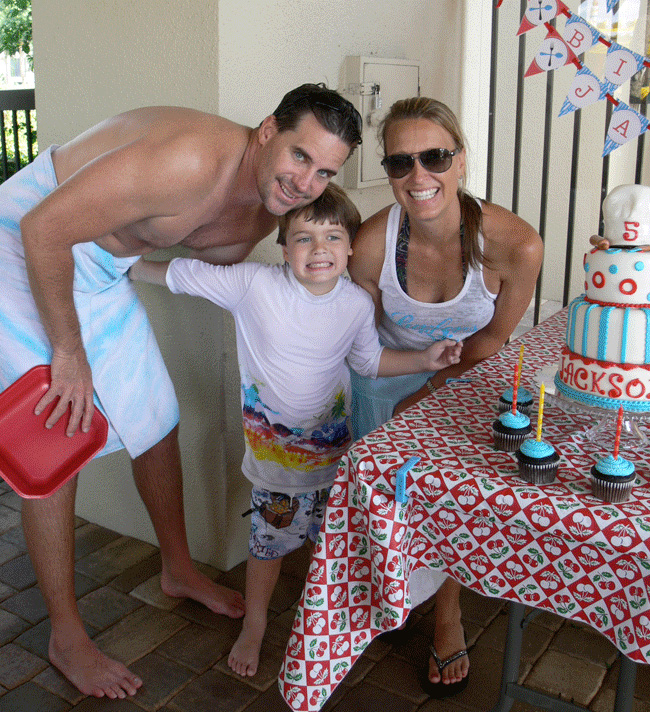 Thank you so much for sharing, Kristi! Happy birthday to Jackson!