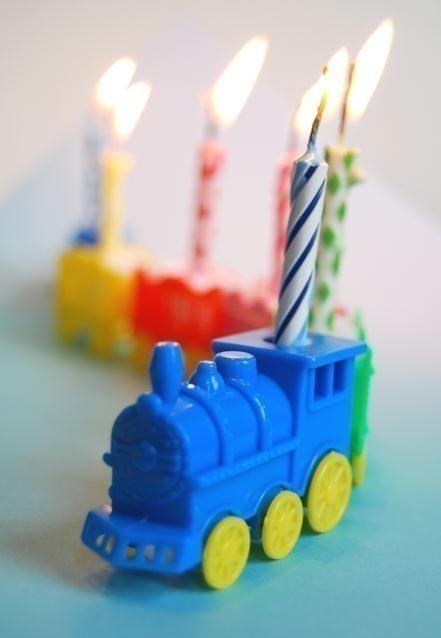 It’s my birthday today. : ) Maybe it’s because of the business I’m in, but I often think about what birthdays were like for me as a kid. Growing up, my birthday cake was always the same: angel food cake with strawberries and Kool Whip, with a little plastic train on top, holding up the candles. To me, that little plastic train was one of the things childhood magic was made of – I thought it was surely one of a kind, no one else could possibly have had a birthday train but me!

Of course I eventually realized my train was not one of a kind, but that didn’t make me love it any less. And, to my surprise, you can still buy one of those little trains today. They’re on Etsy! The picture above is via The Cupcake Social, and it captures all sorts of nostalgia for me. Seeing my train again makes me happy – especially because it’s not described as “retro” in the Etsy listing. I don’t want to be retro just yet. ; )