If you’re hungry, look away from your computer screen… this party is all about the food! It’s a sushi takeout theme party, which my friend Sue put together quickly, inexpensively, and super creatively for her eldest daughter’s 14th birthday. “Miss B” and her guests enjoyed an impressive all-candy-and-sweets sushi buffet, which was all invented on the fly – no recipes required for this ultra-inventive family! Read on… 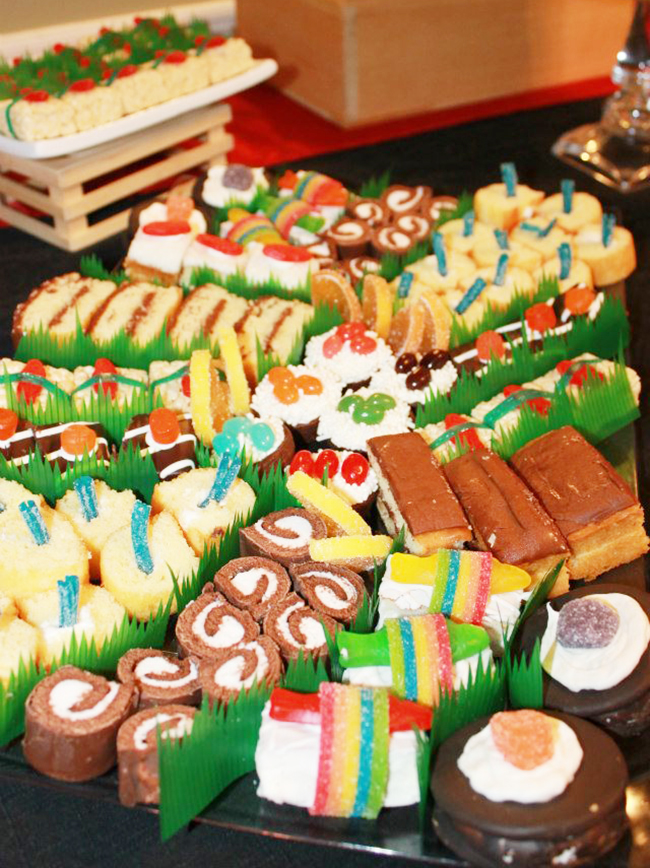 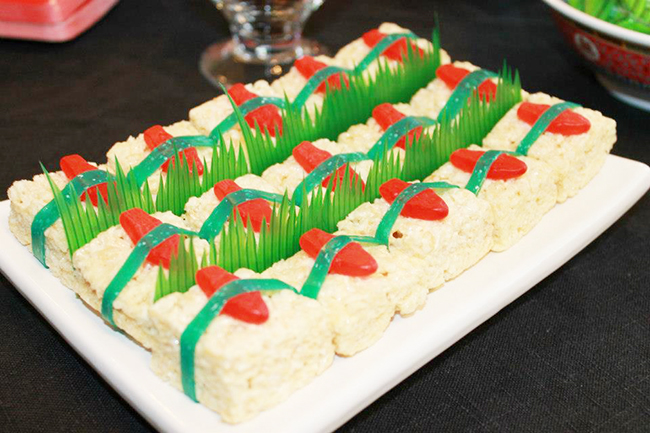 The candy sushi is SO cute – but easy, since it’s all made with store-bought sweets! Sue says she “headed over to Shoprite and bought anything and everything that looked ‘layered’ or ‘rolled,’ like Little Debbie swiss rolls, cloud cakes and devil squares; Tastykake chocolate juniors and coconut juniors; and mini moon pies.” 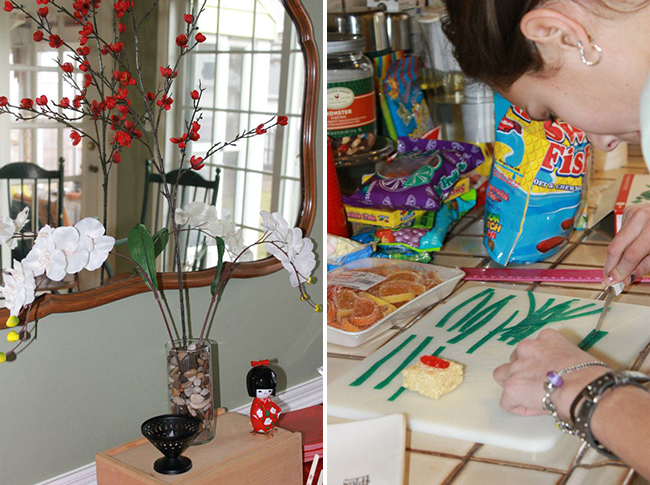 Sue says, “I have to admit, even the Rice Krispies treats were store bought. Making those things could get my blood pressure from 0 to 290 in about 3 seconds. So you could imagine how excited I was when I found a box of 50 mini Rice Krispies treats in Target! As for all the garnishings, I enlisted the help of my 11 year old, a.k.a. ‘the Queen of ANYTHING gummy, sugary and flat out bad for your teeth.’ We headed back to Shoprite and I let her loose. The end result: fruit roll ups, Swedish Fish, gum drops, sugar fruit slices, Warheads Sour Twists and Sour Belts, gummy fruits and gummy worms. The night of the party the birthday girl and I got creative. To make the Rice Krispies treats sushi, we cut the fruit roll ups to the size we needed, added the Swedish Fish with a little icing to the top of the Rice Krispies, and wrapped the fruit roll up around it.” 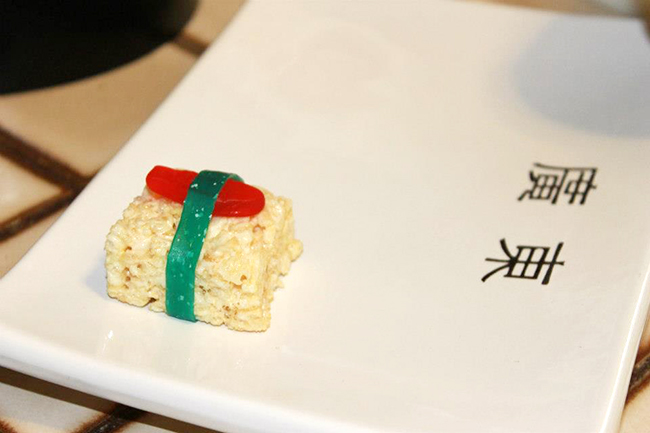 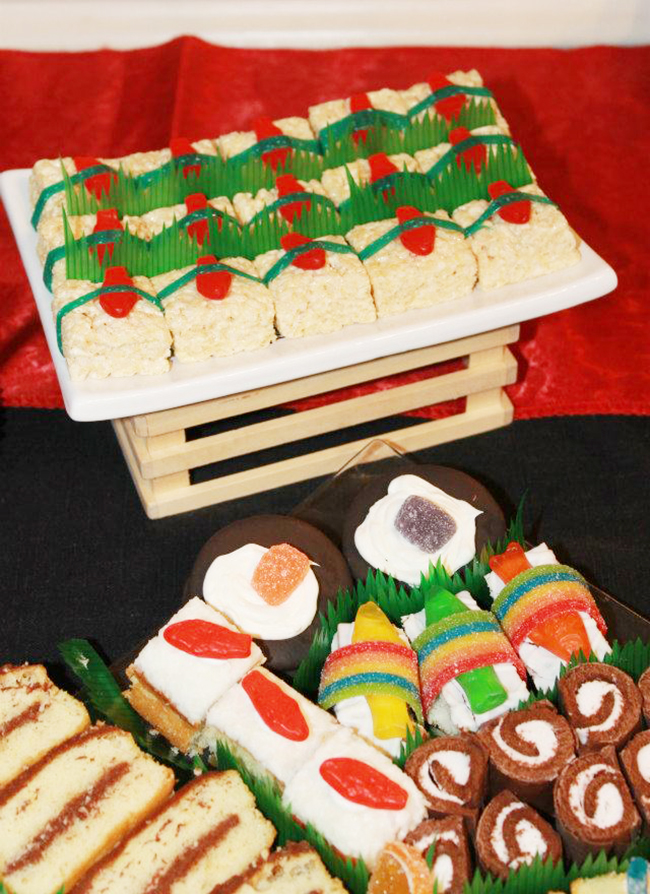 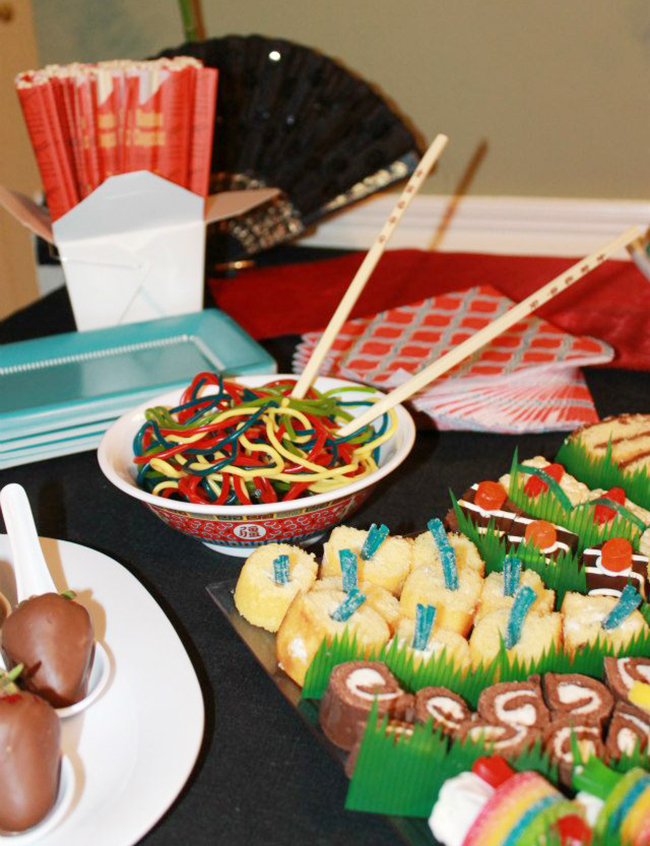 The colored noodles in the bowl? Yep, those are candy too! They are flavored string licorice called Rips Whips. LOVE that idea! 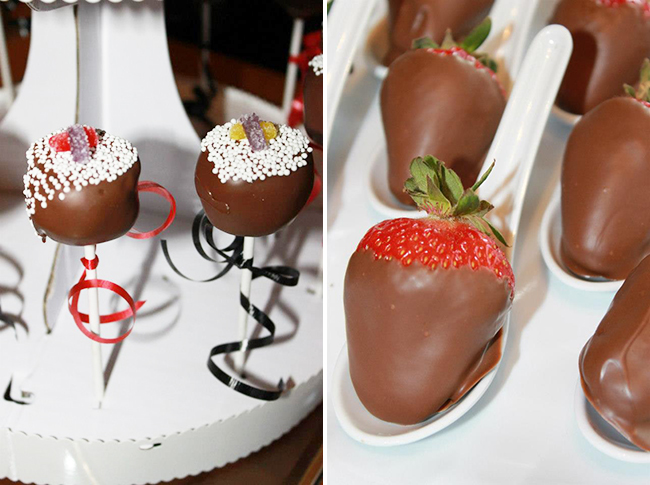 Serving chocolate covered berries in traditional Japanese spoons is a great touch (and a perfect way to tie a favorite “non-theme” treat into the overall sushi theme). 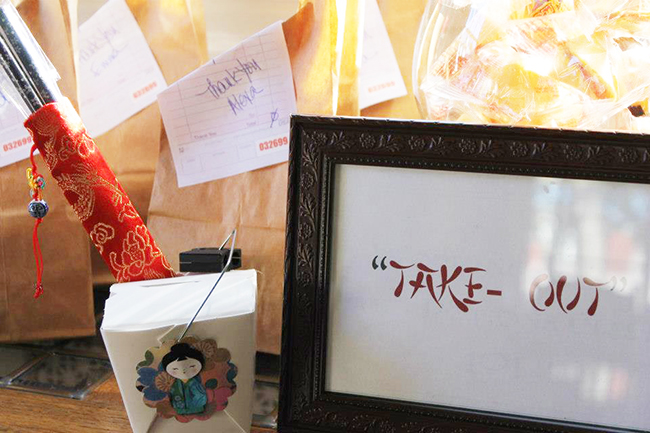 At the end of the party, what else could do as a party favor but takeout boxes filled with treats? 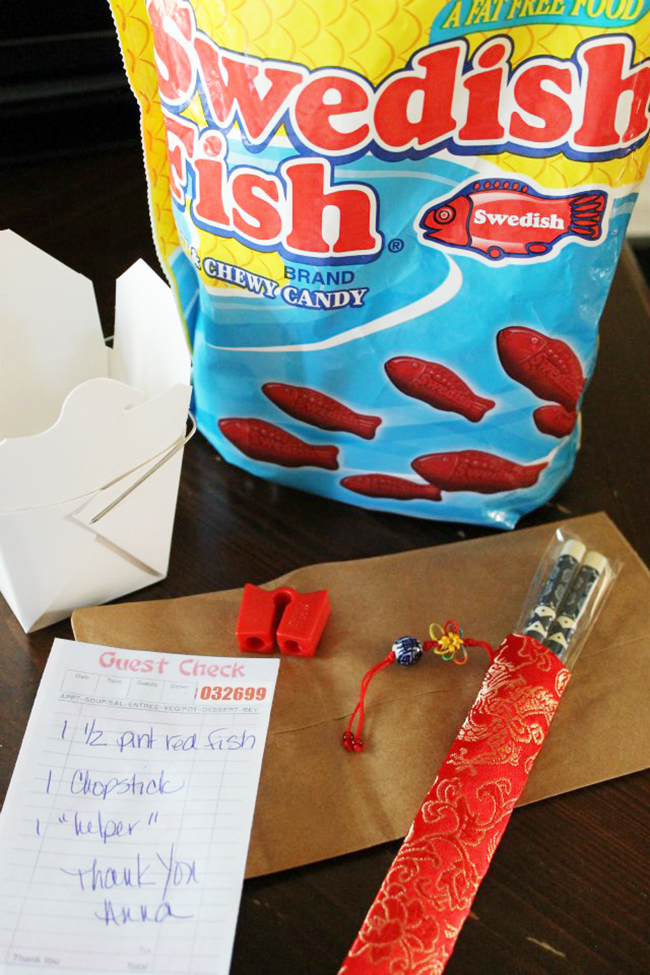 Favors included big boxes of Swedish Fish, chopsticks, and a chopstick helper. To make the guest checks, Sue says, “I did a search on Google images, found one I liked, downloaded it into Publisher and edited the order number to be B’s birthday. After printing them I hand wrote what was inside the brown bags.” 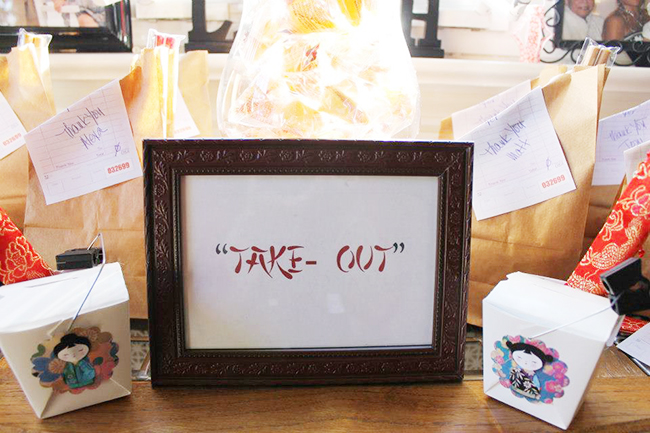 The “take-out” sign was a quick and easy DIY, and the washi dolls art used on the takeout containers is from ArtCult. 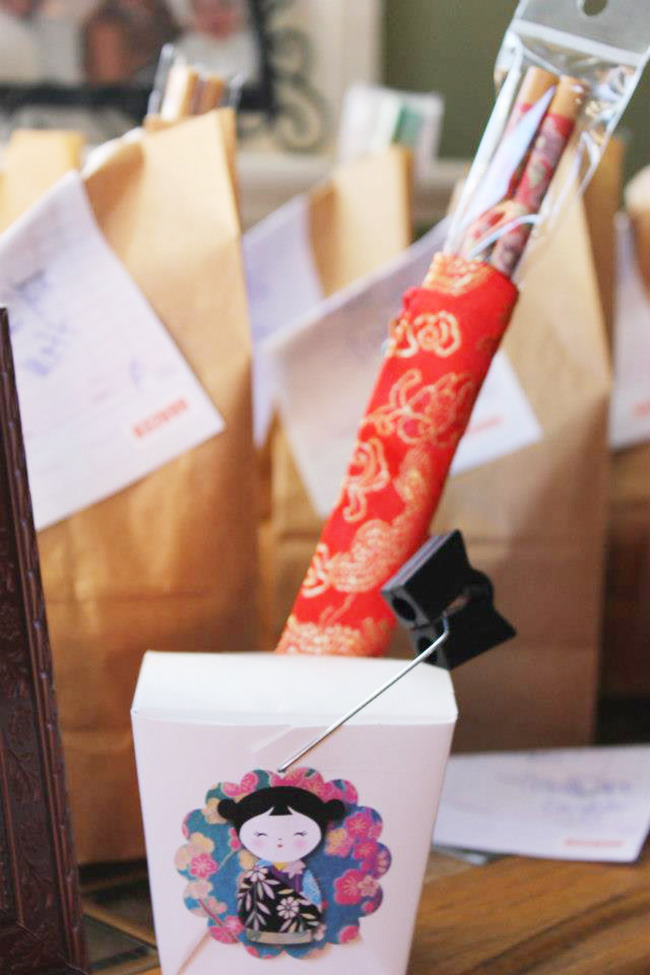 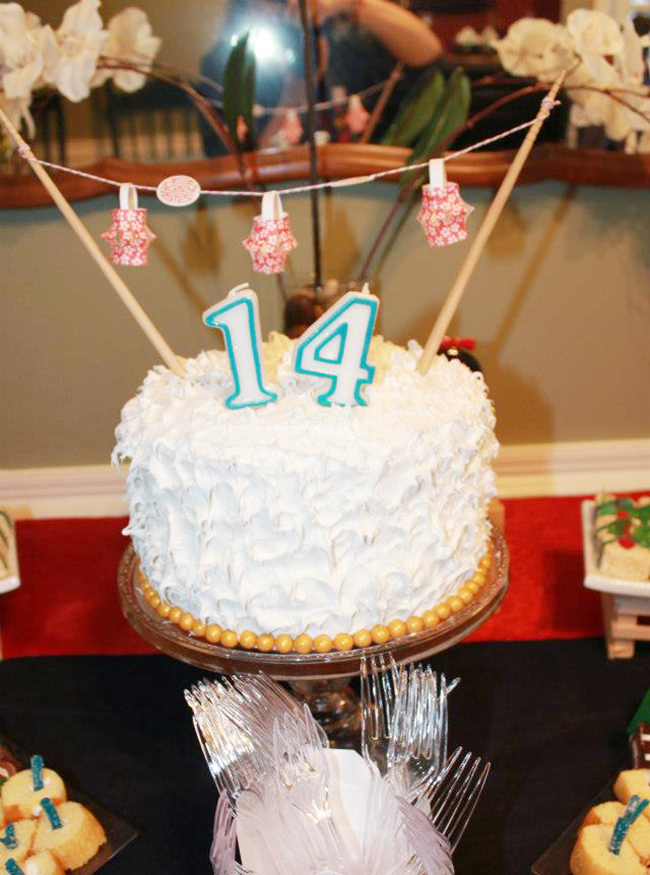 I’m obsessed by the tiny Chinese lanterns that Sue made! She used this tutorial to make them, but just made it smaller. She says: “I opted out of the sequins because the lanterns were just sooooo small, but I did make them out of authentic origami paper I bought in China Town, NYC! To get them so small, I took a standard size origami piece of paper and cut it into four even squares. I took one square and followed the basic points of the DIY instructions, improvising along the way to make it as small as I could. Super easy! If I could do it… ANYONE can! I had some red and white baker’s twine I had gotten over at The Twinery (LOVE that site). Anyway, I measured out the twine, tied one end off onto a chopstick, strung the lanterns up and tied the other end to the other chopstick. POOF! Cake bunting!” 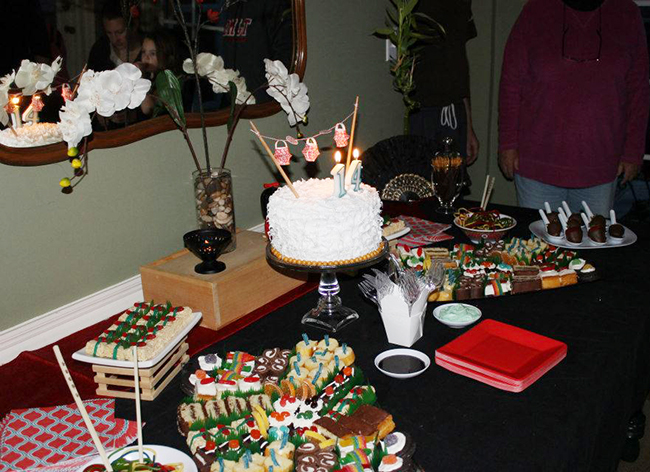 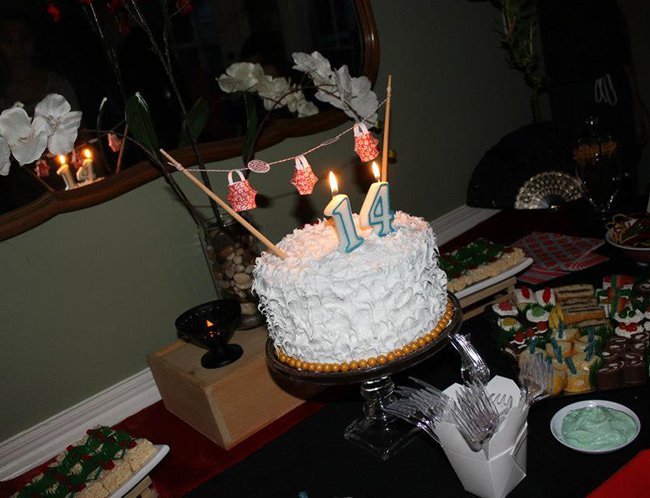 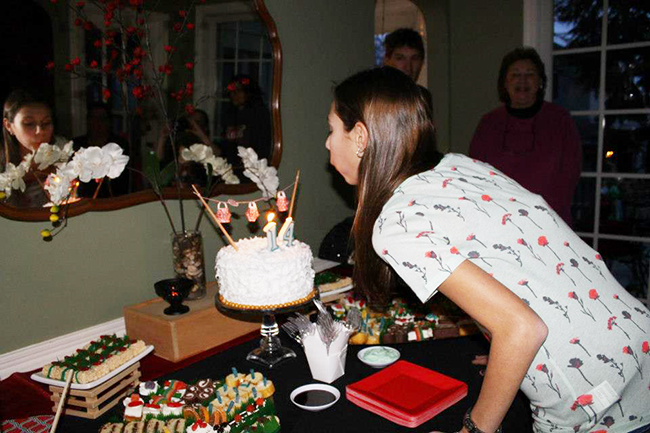 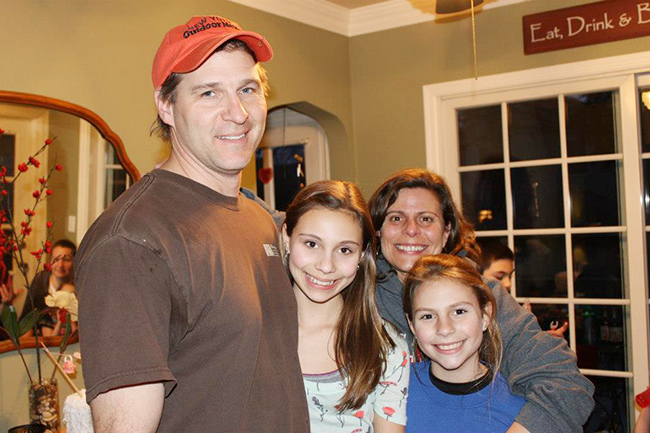 Thank you so much for sharing, Sue! Happy birthday and hugs to Miss B! : )