Mosey on in, y’all! Have I got an epic and amazing cowgirl party to share with you! It’s the work of one of my favorite party planners (and my sweet friend), Sara of Emmy’s Closet. You might remember Sara and her daughter Emma from last year’s fabulous rainbow birthday party. Sara and Emma are back this year with a country-western hoedown filled with rustic details, fun party games, and classic red bandannas. 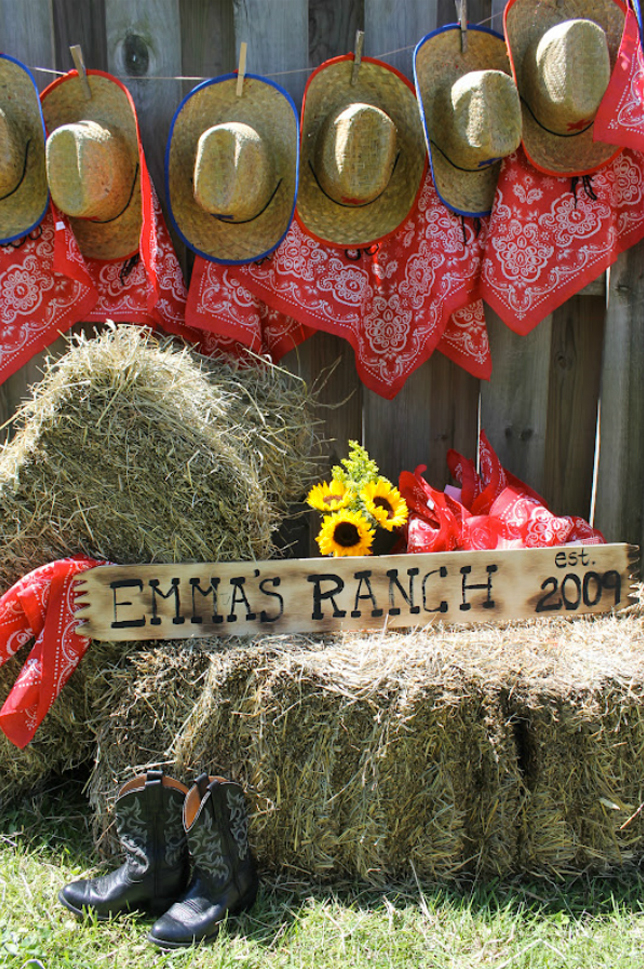 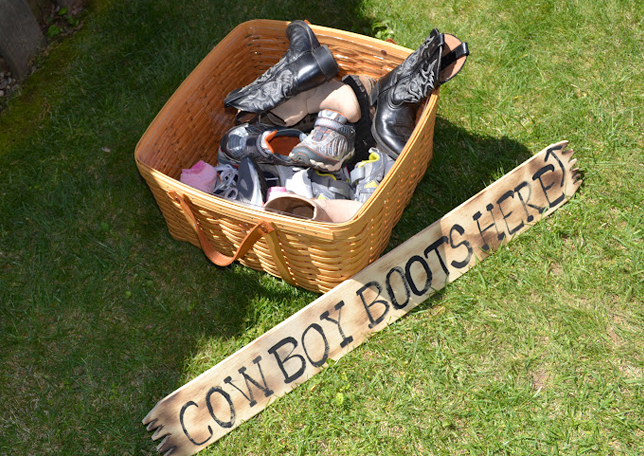 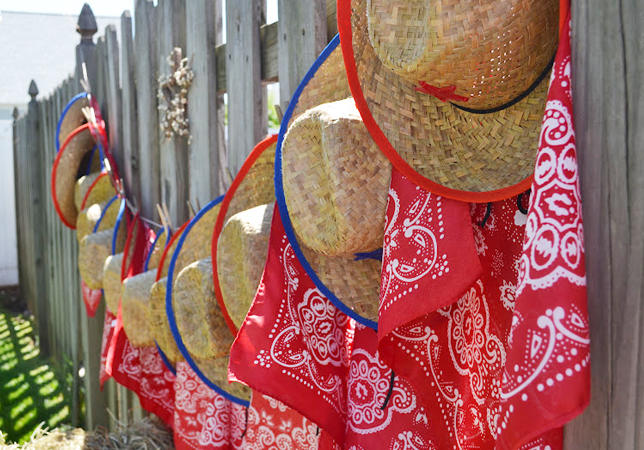 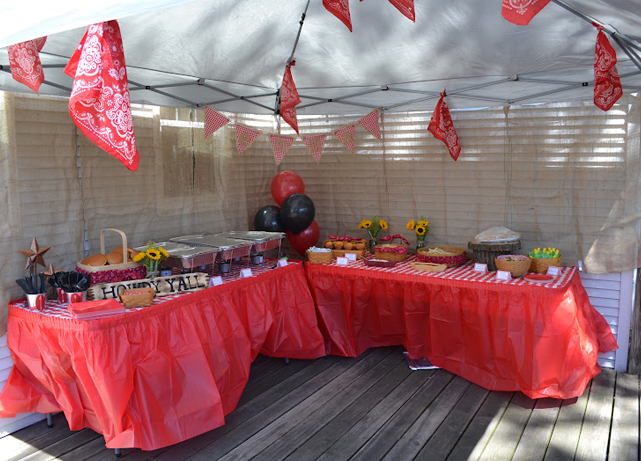 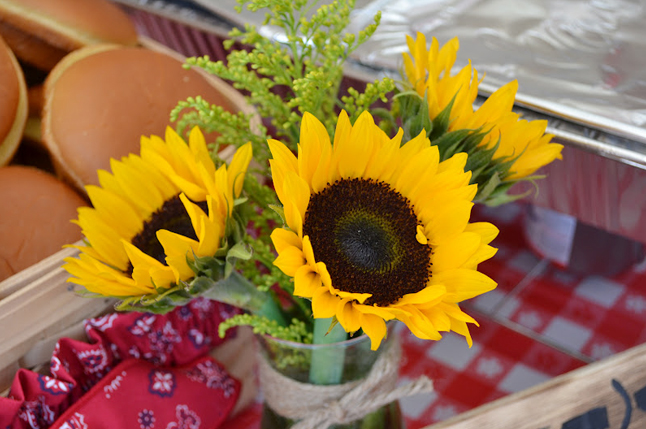 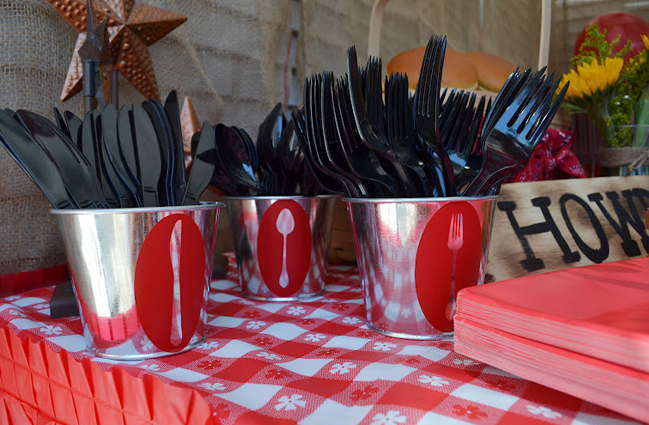 I am obsessed with these cutlery buckets!! Sara has all the details: “I got the silverware buckets in the dollar bin from Target. I got the vinyl stickers from Living Memories Vinyl Lettering. You can purchase by using the ‘contact us’ form. I think they are awesome and that people would like them!” 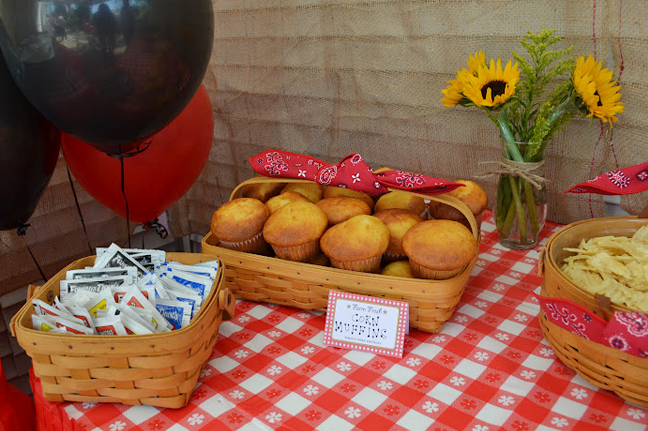 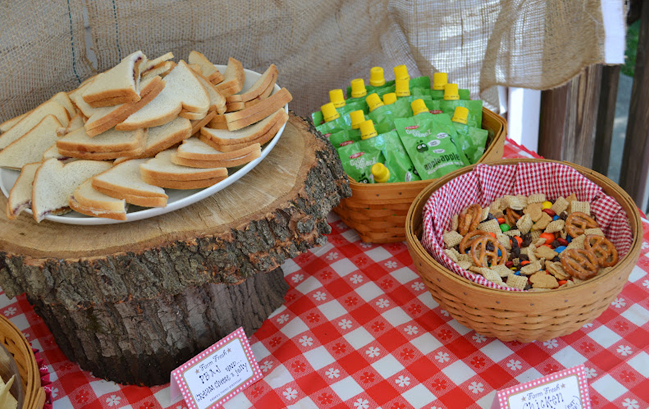 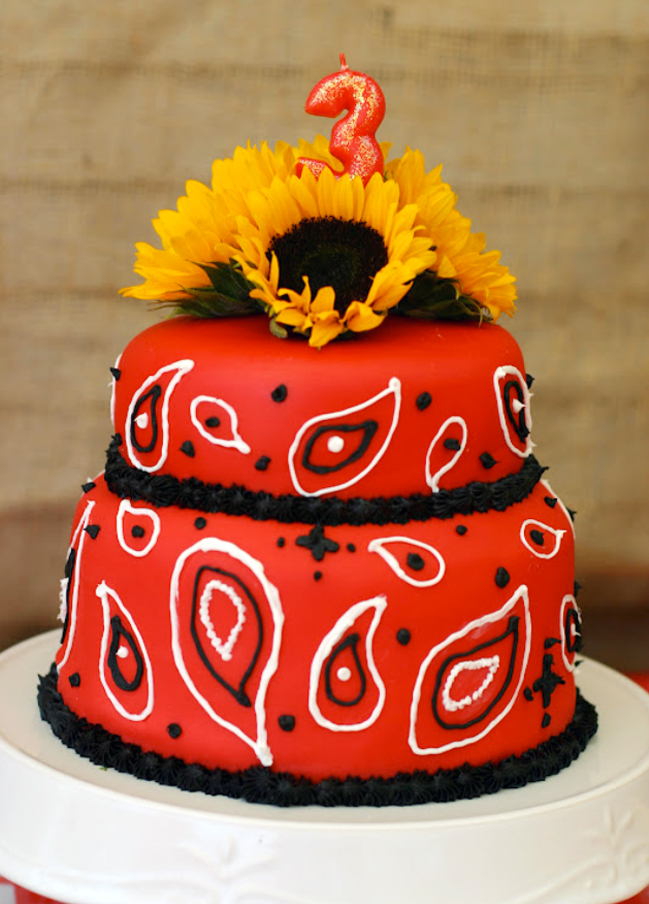 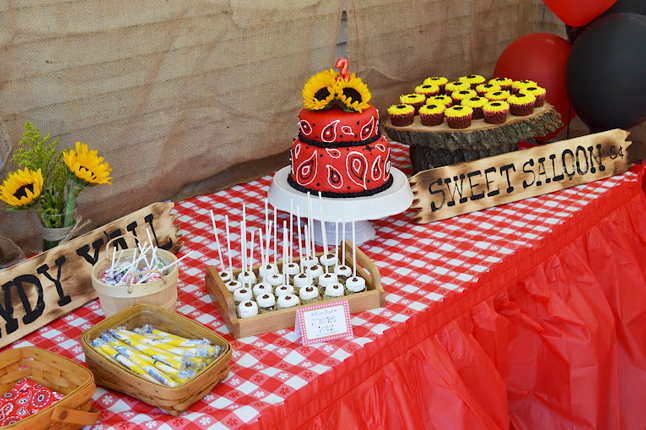 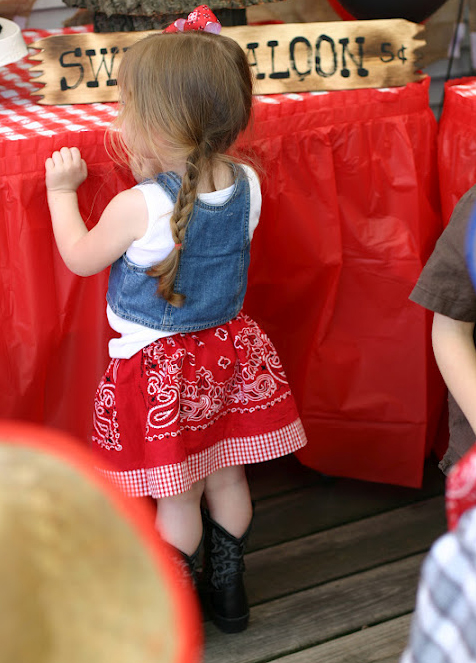 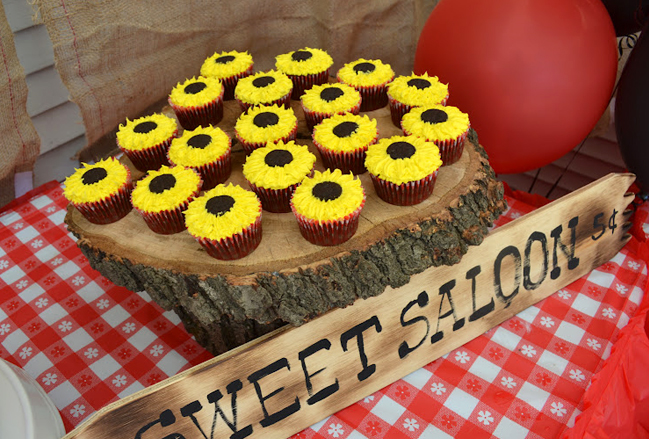 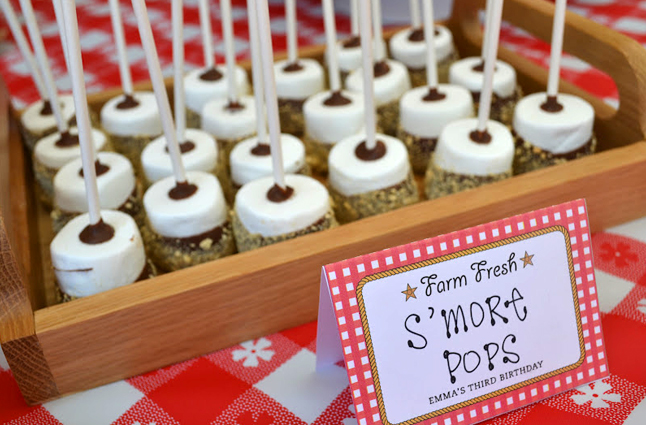 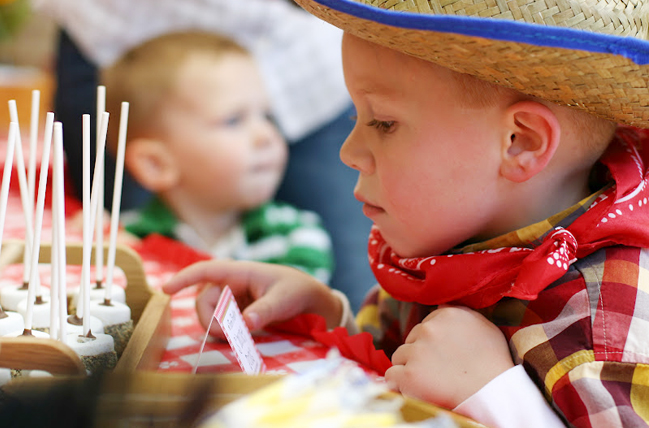 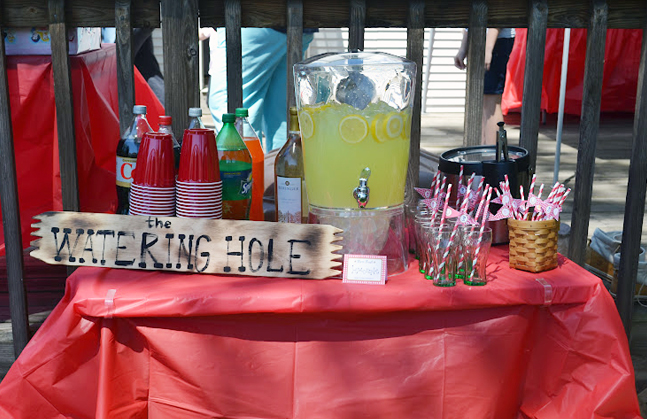 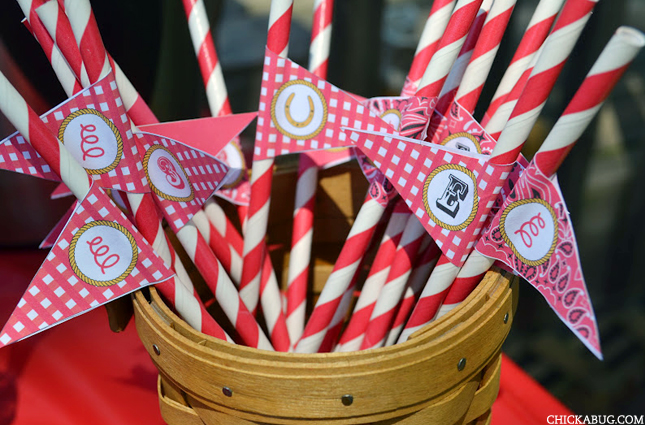 Paper straws from The Bakers Confections and the printable straw flags are from Chickabug. 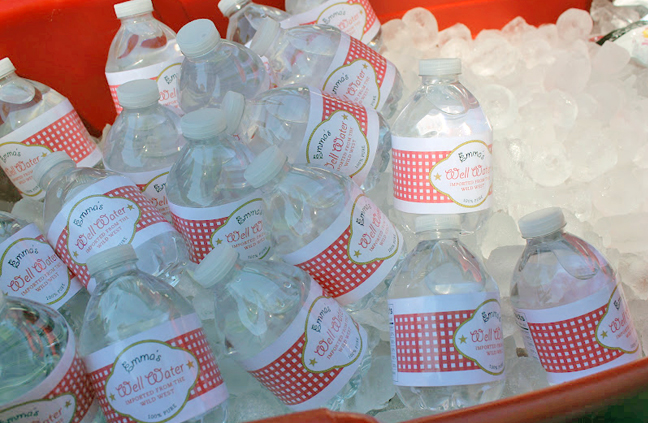 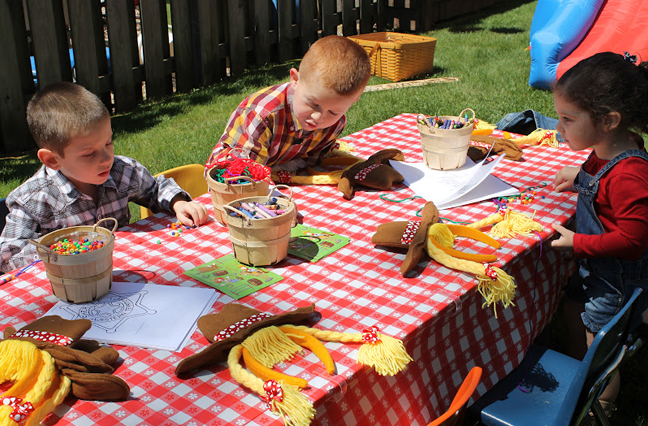 Sara planned lots of games and crafts to keep kids entertained. She says, “The hair braids were fun headbands for the girls to wear. I found them on Costume Express. The kids also did pony beads (left over from last year…shhh!) which they used to made necklaces, etc. I googled ‘cowboy coloring pages’ and printed a bunch out for them to color. And I bought cowboy stickers so they could make cowboy scenes on white paper.”

“My talented sister in law drew the ‘pin the badge on the cowgirl’ game. I got the badges wrote their names in sharpie and then attached thick double sided tape on the back. Then the kids took their badges home as favors, too!” 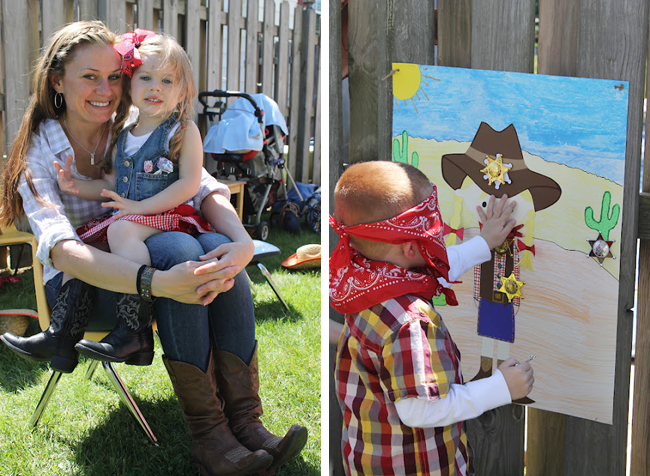 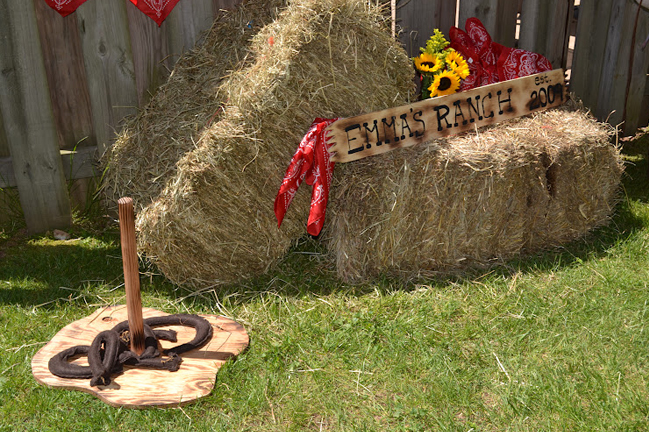 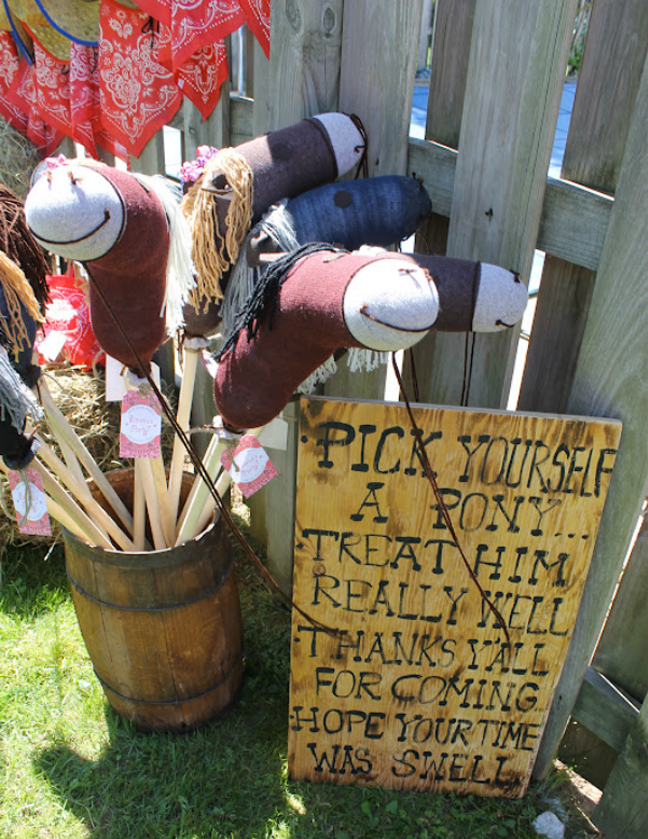 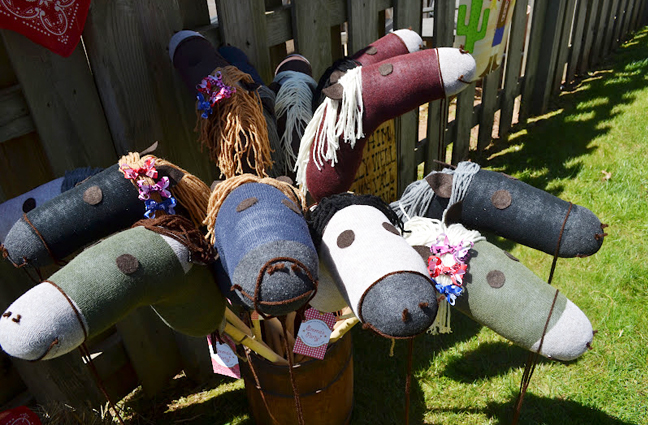 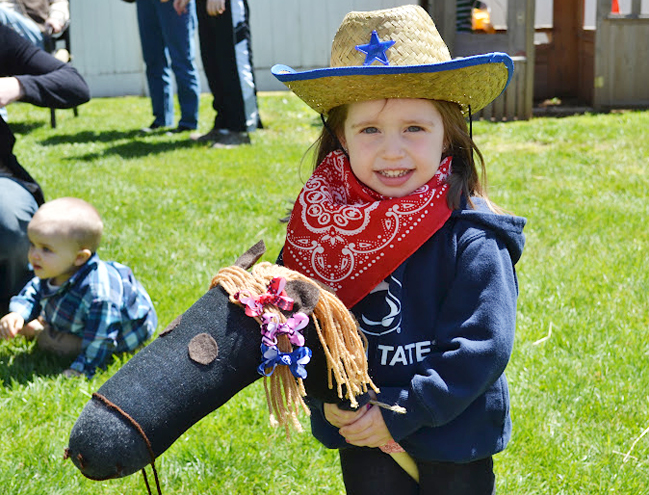 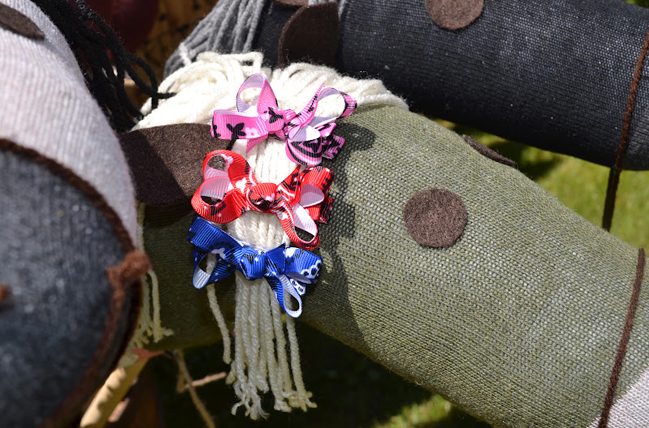 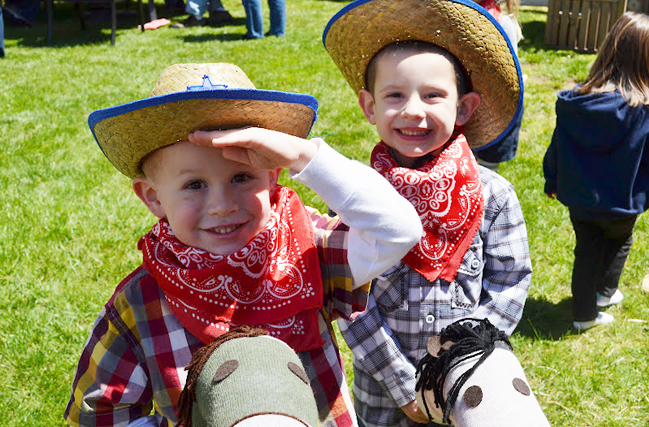 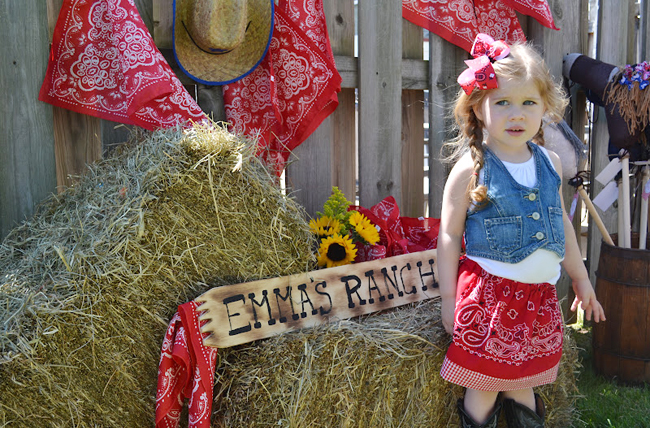 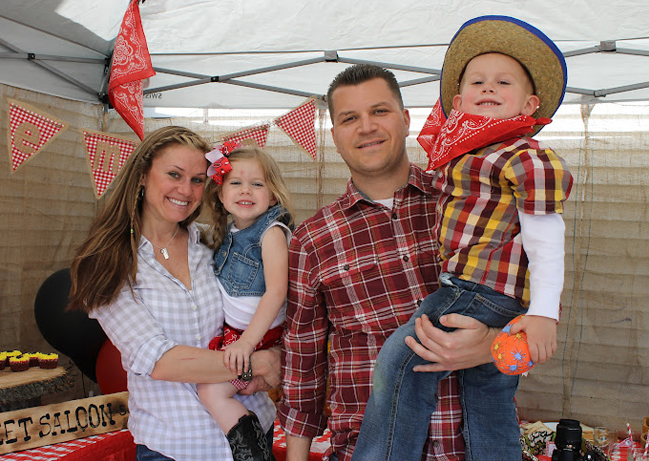 I know lots of us are making gifts for the hardwor