Awhile back, I posted a free printable fabric bunting pattern, and I’ve received such great feedback about it since then – I’ve appreciated every blog comment and email! It’s an especially big thrill to see the pattern being used in a project on another blog, like on Preparation Meeting Opportunity, where blogger Christy made a rustic burlap banner for a birthday party. I just love her banner’s vintage style – the white jersey rosettes between each burlap panel are such a great finishing touch! 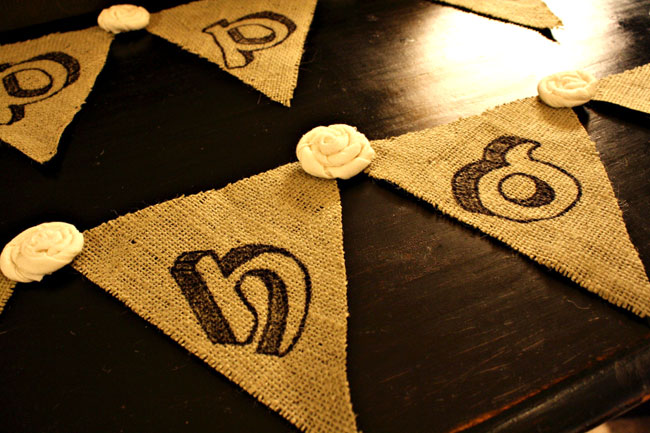 Christy says, “One of the best things about this pattern is that it has four possible size modifications. I cut the triangle down to the 6″ size and taped it to a piece of cardboard. I carefully cut around the triangle with some very sharp scissors, and when I was done, I had a very sturdy template that could be used for all my pennants.” 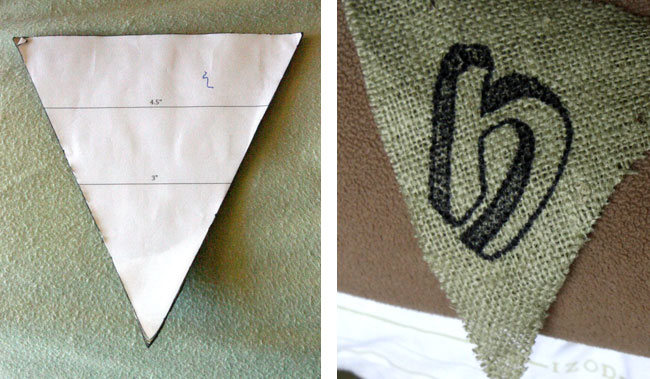 Christy used the cardboard template she made to trace triangle shapes onto her burlap, which she then cut out. She printed out letters using a font that she liked, then hand-drew the letters onto the banner pieces. To keep the banner pieces from being see-through (as they were being used outdoors in bright light), she lined the backs with black cotton.

To make the fabric roses, Christy got some off-white jersey material and used the Decorated House tutorial for rosettes to learn the technique. 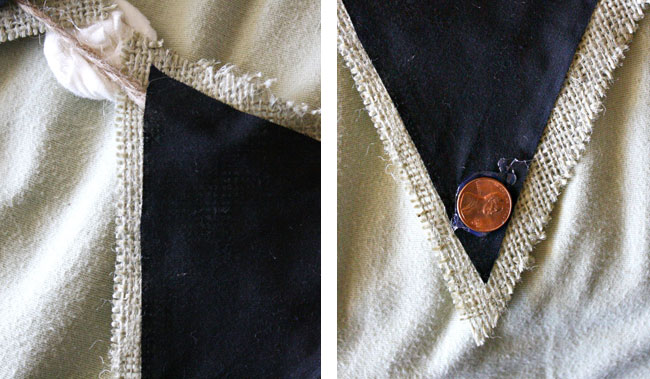 Christy adhered the banner pieces and rosettes to long strips of jute using craft glue. To keep the pennants hanging straight, and to balance out the weight of the rosettes, she glued a penny to the bottom tip of each triangle. (So clever!)

Here’s Christy and her friend posing in front of the finished banner, which she said was “perfect with the rustic decor for the party!” 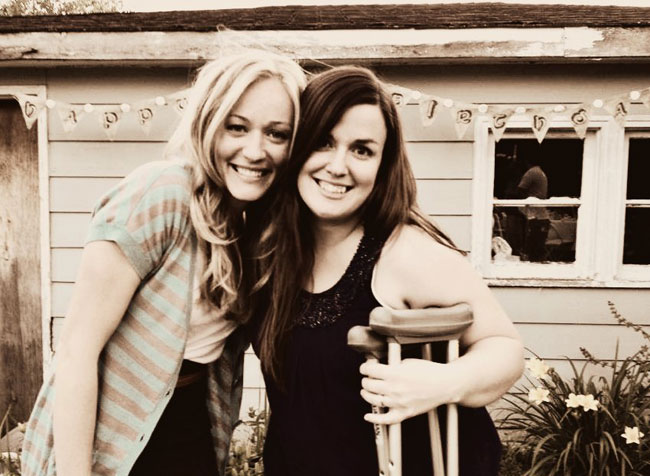 Thank you so much to Christy from Preparation Meeting Opportunity for sharing her project! You can check out more details on this project here.

You can also download the free printable bunting template here!